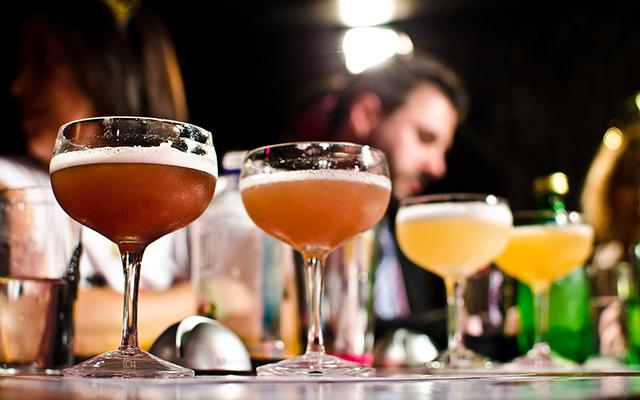 Creative Commons/Marnie Joyce
The biggest change would be for restaurants in bigger commercial districts which can currently sell hard liquor as well as beer and wine.

This November, voters in Minneapolis will be asked to weigh in on a charter amendment that would change the city’s liquor rules. But the Minneapolis City Council doesn’t even want to wait that long — it’s moving ahead with its own ordinance changes now.

At issue are the rules that require restaurants to get the majority of their sales from food rather than alcohol. Depending on where a restaurant is located in the city— and when the rules were written — the food-to-alcohol ratios are either 70-30, 60-40 or nonexistent.

The point at the creation of the ratios was to protect neighborhoods from rowdy behavior and noise. Requiring that the bulk of restaurants’ business come from food sales was an attempt to assure that they not evolve into nightclubs.

But changing tastes and economics — thank you, craft beers and pricier wine — have made it difficult and sometimes impossible for some restaurants to meet the rules.

“When I go out I usually get a burger or a sandwich, a side salad and two beers,” explained Council Member Jacob Frey. “The two beers are often fancier, craft-style beers that cost $6 a pop and already you’re up to 12 bucks. The sandwich and the side salad is usually about 12 bucks also and you’re already beyond the 60-40 rule. You’re at 50-50.”

The new rules, co-sponsored by Frey, Linea Palmisano and Elizabeth Glidden and approved Tuesday by the council’s Community Development and Regulatory Services Committee, would replace the ratios with a set of standards restaurants would have to abide by to remain in the city’s good graces.

The biggest change would be for restaurants in bigger commercial districts, defined as areas with more than seven acres of contiguous commercially zoned property, which can currently sell hard liquor as well as beer and wine but must meet a 60-40 food-to-alcohol ratio. If the proposed ordinance passes the full council, the ratio would go away.

The council could vote on the ordinance at its next meeting, and, if passed, the rules would take effect regardless of the vote on the charter amendment, which covers only one aspect of city alcohol rules: restaurants in smaller commercial areas.

Linda Roberts, the assistant manager of Licensing and Consumer Services, told the committee the staff wants the new ordinance in place prior to the charter vote so voters know there will be new regulatory methods to replace the ratios. She called the new regulatory scheme more reasonable and rational for restaurants and for city staff.

If that’s not confusing enough: Though the current rules don’t have much of an impact on many restaurants (notably those downtown, which have lower restrictions because they’re near residentially zoned property) all restaurants would be regulated by the newly proposed system. The rules would require every restaurant in Minneapolis to still have a “substantial” portion of their revenue come from food sales; to have a fully functioning kitchen; to have staff in both the kitchen and in serving areas; to control noise and other negative effects of serving alcohol; and to require alcohol server training.

Minneapolis moves ahead with changes to liquor rules