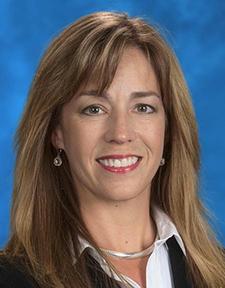 Two years ago, when she first knocked on doors in the Twin Cities’ southern suburbs, Republican Roz Peterson knew what was on voters’ minds. “It was gay marriage and the Vikings stadium,” she said, recalling the 2012 campaign as she sat in a Lakeville coffee shop last week.

It was likely the gay marriage issue that cost Peterson, a commercial real estate agent and Lakeville School Board member, her state House race that year, she said, and maybe even the Republicans’ control of the Legislature. Voters in key suburban swing districts helped re-elect President Barack Obama — and soundly defeated a constitutional referendum that would have banned gay marriage, a ballot measure strongly identified with Republicans.

The message wasn’t hard to figure out in 2010, either, but that year it favored the GOP. Anger across the nation over passage of the Affordable Care Act swept Republicans into legislative seats in Minnesota’s suburbs and gave the party control of both the House and Senate for the first time in nearly 40 years.

Now Peterson is running again to represent House District 56B, but she hasn’t heard a peep about gay marriage or the new stadium, and the Affordable Care Act isn’t drawing the visceral reactions it did four years ago. Instead, voters in suburban districts like hers have brought up a mixed bag of other issues this year: education funding, taxing and spending, state’s health insurance exchange, MNsure, and the controversial attempt to unionize child care workers, just to name a few.

Peterson is not alone in noticing a different mood among voters. “It’s different than 2012, there’s not that intensity at the doors,” said DFL House Speaker Paul Thissen, who has been crisscrossing the state in a campaign to defend his party’s majority in the chamber. “It’s very different from 2010, too, when you heard a lot of anger. I’m not seeing that either this year. I don’t see a partisan distinction in it like there was in 2010. I think people seem be happy and maybe a little bit complacent. They see things going in the right direction and don’t understand the stakes of the election.”

Finding the right message in the politically volatile ‘burbs is important for both parties this cycle — control of the 134-seat state House has hinged on winning key suburban seats in the past. Republicans need a net gain of just seven seats across the state to regain control of the lower chamber, and at least nine seats in the suburbs alone are being heavily targeted by the party.

Peterson knows both parties are watching her race. The Burnsville-Lakeville area has been a bellwether in the past, swinging back and forth between Republican and Democratic House candidates over the last three election cycles. This year’s contest is a rematch for Peterson against DFL Rep. Will Morgan, who beat her by just 170 votes two years ago in an area that was split nearly 50-50 between Obama and Republican presidential candidate Mitt Romney in the 2012 presidential election.

“I think you could see a domino effect,” said Ben Golnik, chairman of the Minnesota Jobs Coalition, an outside Republican group targeting legislative races this year. “If Will Morgan goes down, then you will see others go down in the suburbs. I see great possibility that 10, maybe even 12 seats in the suburbs flip this year.”

Perhaps few understand the volatile nature of the district better than Morgan himself. A school teacher from Burnsville, he has spent the last 10 years running for his seat in the Legislature, and he’s only won about half of the time. “I’m 3 and 2,” Morgan joked. “I’d like to be 4 and 2.”

To do that in a midterm election expected to see low Democratic voter turnout, Morgan is sticking to a topic he knows well, and that suburban voters rank as priority number one: education. 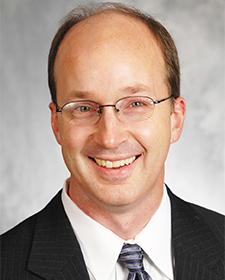 He’s touting the Democratic-controlled Legislature’s decision to fund all-day kindergarten and put money into the state’s per-pupil formula. He’s also talking about paying down debts owed to the state’s school districts and the college tuition freeze put in place two years ago. All the while, he’s contrasting Democratic and Republican control of the Legislature.

“They borrowed more, we paid back the school shift. They took from school districts, we gave them more money,” Morgan said. “We are emphasizing that message to folks, this is what they did and this is how we turned it around.”

Visits at the doors are usually brief — a handshake, a short introduction and campaign mailer passoff — and discussions on major policy issues happen infrequently. But Morgan said he hasn’t had “consistent engagement” on many issues other than education. Some have brought up the Affordable Care Act and MNsure, he said, but not many. And only a handful of voters have mentioned an issue Republicans have been campaigning on across the state: funding for an all-new office building for Senators during the restoration of the state Capitol.

“I was making phone calls last night and a woman asked me about Ebola,” he said. “I’ve heard more questions about Ebola than I have about the Senate office building.”

That won’t keep Republicans from trying. Republican outside groups have railed on Democrats in the suburbs for the building, calling it wasteful spending and tying it to $2 billion in tax increases passed by Democrats. They’re also bringing up bonuses paid out to executives running the state’s health insurance exchange, MNsure, during a time when the program was experiencing major glitches.

Peterson said she’s tried to stay away from negative campaigning, but she has no control over what outside groups do. As a member of the Lakeville School board for the last eight years, she’s also talking to voters about education, but she is touting early childhood education programs and prioritizing funding with students.

The health insurance exchange and an attempt to unionization home daycare providers have come up as pocketbook issues, she said, as they could both increase the average cost of health and child care. Voters don’t ask much about the Senate office building, she noted, but they know about it when she brings it up.

But one of her main messages has been about simply returning a balance of power to St. Paul, where Democrats currently control the Legislature and the governor’s office. “That message resonates with voters,” Peterson said. “Minnesota has historically supported divided government.”

But only one theme has come up consistently so far: Voters across the board aren’t very interested in politics this cycle.

“In the end this race could really come down to who’s able to get out the vote better,” Peterson said.

Morgan agrees. “It’s my sixth campaign, and my eyes are wide open,” he said. “It’s a tight race, it will be plus or minus a few hundred votes, whatever happens.”

In the battle for the ‘burbs, state House candidates forced to pitch voters on a smorgasbord of issues