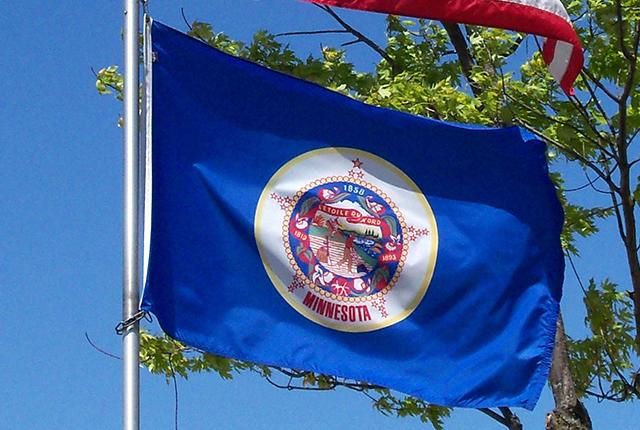 Quick quiz: How many people are running for attorney general in Minnesota this year?

Answer: Depends on who you ask.

For example, the DFL incumbent, Lori Swanson, believes there are six candidates, and she recommends checking the full slate at the secretary of state’s office to get all the names and parties. (The secretary of state does indeed list six candidates: Swanson, Republican Scott Newman, Independence Party’s Brandan Borgos, the Green’s Andy Dawkins, Legal Marijuana Now’s Dan Vacek and Libertarian Mary O’Connor.)

But one of those candidates, Borgos, says there are really only “four active campaigns.’’ Then, he checked himself. “Actually there are three ACTIVE campaigns. Swanson isn’t campaigning; she’s not coming out of her office.’’

And when it comes to debates there usually are two candidates, Borgos said. “Andy [Dawkins] and I debate. [Scott] Newman won’t show up unless Swanson’s there so we never see him because Swanson doesn’t come.’’

It is the Dawkins-Borgos combo that gives this AG race some small amount of inside-baseball intrigue. Both are fighting to attract at least five per cent of the vote, which would allow the IP to retain major party status for the next election cycle — and allow the Greens to attain it.

If the combo package did manage to collectively pick up around 10 per cent of the vote, could Newman become the beneficiary and become the first Republican since 1970 to hold the office?

Swanson doesn’t seem concerned. “I’ve always been in races with multiple candidates,’’ she said. “I believe if you do your job well, if you just focus on that, everything else will take care of itself.’’

“If Newman wins, there’s still going to be a check and balance,’’ Dawkins said, noting that both the state senate and likely the governor’s office and perhaps the state house still will be controlled by the DFL.  “Newman winning would be a message the DFL needs to hear.’’

Dawkins believes his old party needs a shot across the bow because, he says, it currently is being tuned out by young voters, who care about issues such as the environment and legalization of marijuana.

In general terms, Dawkins appears to be after DFLers who are disgruntled by the party’s lack of action on environmental issues, while Borgos seems to be after that traditional IP middle ground, those fed up with both parties.

Dawkins and Borgos speak well of each other and earlier in the campaign briefly discussed whether one of them should throw in the towel and support the other.  They quickly decided that any discussion about a united third-party effort should be saved for after the election. Given that neither has a realistic chance at winning, the goal became to achieve major party status for both — and to go after the status quo, meaning Swanson.

On Friday afternoon, Dawkins is planning to hold a news conference in which he’ll attack Swanson’s record in her two terms as attorney general. In his view, Swanson has not been strong enough in protecting the environment, has been out-of-touch in refusing to push for gun control legislation, was not instrumental in pushing for gay marriage, and, in general, “has played politics with the law.”

Additionally, he says, Swanson has not used the bully pulpit of the office to push for thing like getting big money out of politics.

Borgos’ big trouble with Swanson was her failure, in his mind, to be a leader in pushing for same-sex marriage, which he calls a fundamental civil rights issue. He also thinks Swanson has done little to protect privacy rights of Minnesotans and make government more transparent. (He doesn’t share Dawkins view that Swanson should have been active in the gun control issue.)

Like Dawkins, Newman attacks Swanson as “playing politics.” But his attacks are from the right. He’s said she’s not “standing up to Obamacare,” as other AGs in other states have. He attacks her for not having told Gov. Mark Dayton that he could not bless unionization by child care workers. And he’s gone after her for failing to keep a closer eye on non-profits such as Community Action of Minneapolis, the organization that apparently attempted to solve inner city problems by visiting luxury resorts.

How’s does Swanson feel about a lineup of people saying bad things about her tenure. “People running for office say all sorts of things,” she said, dismissively.

She counters the criticism by running off what she considers some of her office’s greatest hits.

Her office, she said, stepped forward on behalf of those “everyday Minnesotans” with a variety of legal strategies that helped save homes. Her office has helped get $680 million in rollback on increases sought by public utilities, she said.

And in perhaps the AG’s best-known case, Accretive — the debt-collecting service hired by Fairview Health Service — agreed settled a federal suit filed by Swanson’s office by paying a $2.5 million fine and agreeing to stop doing business in Minnesota. Her office has also taken action against Globe University for its fraudulent student recruitment practices.

Like her predecessor and mentor, Mike Hatch, Swanson knows what sells politically. Her dog, Taffy, is a regular in Swanson’s campaign photos. She is not interested in getting into the midst of the gun control debate, saying “I believe passionately in the Bill of Rights.” She notes in her campaign biography she’s the first woman to serve as attorney general, and said her office is preparing for any legal issues that might come up if ebola rears up in Minnesota.

There you have it: She’s a female candidate who loves dogs, loves the Bill of Rights, hates ebola and, by the way, blasts clay pigeons with her shotgun.

She’s also rolled to easy victories in each of her first two campaigns. (She defeated the current GOP gubernatorial candidate, Jeff Johnson, by 13 points in 2006 and defeated Chris Darden by 11 points four years ago.)

Those successes have led most DFLers to assume that Swanson will be a leading contender for the DFL endorsement for governor in four years if she pulls off a third succesive victory, though denies (sort of ) that she is entertaining gubernatorial  thoughts.

“I didn’t think I’d ever be running for this office,’’ said Swanson. “All I can say is that I will focus on doing my job and doing it well.’’

Meantime, Borgos and Dawkins are left to debate with each other.