On Thursday, state officials and members of the governor’s cabinet addressed growing misconceptions across Minnesota about Ebola. The deadly virus has spread to about 8,000 people in West Africa and claimed 3,800 lives there, according to the World Health Organization, and fears were heightened in the United States this week with news of the death of Thomas Duncan in Texas, the first case of the virus on American soil.

Gov. Mark Dayton and state officials say the chances of the deadly Ebola virus landing on Minnesota soil is “very, very low,” but they are preparing anyway. Here’s how, and why officials say Minnesotans have little to fear:

Why is this such a big deal in Minnesota?
Ebola has hit the West African nations of Liberia, Sierra Leone and Guinea the hardest, and Minnesota has one of the largest Liberian communities in the country. Many of those residents have connections to someone who has contracted the virus in one of the affected countries. State officials are reaching out to leaders in the local Liberian community and doing targeted advertising to increase awareness about the dangers of traveling during the outbreak.

What about the Minneapolis/St. Paul International Airport?
MSP is most logical point of entry for the virus, but officials point out that the airport does not have any direct flights to or from the countries most impacted by Ebola. “Anyone coming from that part of the world would have to go through another large airport checkpoint before coming to the Twin Cities,” said Jeff Hamiel, executive director of the Metropolitan Airports Commission.

The Obama administration ordered advance screenings for travelers at larger airports this week, including those in New York, Washington, D.C., Atlanta and Chicago. Though MSP is not currently part of that group, security screeners there are trained to watch for symptoms from any travelers. Dayton said he plans to work with members of Congress to try and add MSP to the list of airports with advanced screenings.

What have state officials already done to prepare?
The Minnesota Department of Health has been coordinating with the Center for Disease Control and Prevention and WHO since the start of the outbreak. Those groups have been monitoring the situation overseas and working with airlines to keep people from traveling to and from hotspots in West Africa. The state’s largest hospitals, including Hennepin County Medical Center, have also run drills on how to properly isolate and treat a patient with Ebola. 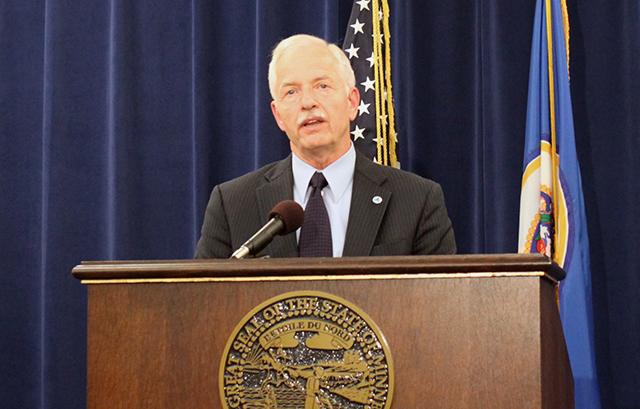 What happens if an Ebola case does appear in Minnesota?
If a case is discovered in Minnesota, officials say they will quickly isolate the person in a state hospital and identify anyone who many have come in contact with them. Those people would be tested and monitored for 21 days — the maximum time it can take for the virus to show itself — and will also be isolated if necessary.

That said, Ebola isn’t easily spread from one person to the next; it he cannot travel through air, only through physical contact with infected body fluids like blood or saliva. If a person simply walked around an airport where someone with Ebola also walked, it’s nearly impossible they would have contracted the virus.

Also, someone with Ebola usually isn’t contagious until after they start showing symptoms, making it easier to contain. “It’s a very serious disease, but it’s not spread easily like other viruses,” state Health Commissioner Ed Ehlinger said.

Has Minnesota ever dealt with anything like Ebola before?
Yes, actually. In April, a Minnesota man traveling home from Africa showed signs of illness that were similar to Ebola. It turned out he had contracted Lassa fever, an infectious disease that can only be transferred through bodily fluids, like Ebola. Ehlinger said the man was immediately isolated and treated. 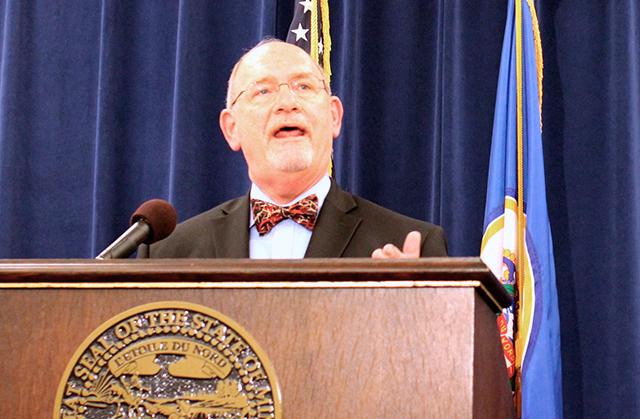 What about smaller hospitals?
Ehlinger said he sent a letter to all hospitals and healthcare providers in the state and has been working with the CEO of the Minnesota Hospital Association to make sure they have consistent practices and training when it comes to dealing with Ebola. “Small hospitals, medium sized hospitals, large hospitals, all have systems in place,” he said.

What about people who volunteer in Ebola hotspots?
Humanitarian organizations have been sending people over to help fight the outbreak, and the state has been in direct contact those groups and the CDC, said Kris Eide, director of Homeland Security and Emergency Management. “Those organizations have a strong infrastructure,” she said. “They would not be sending people back who might be ill without having connections with public health.”

So, should you be worried?
No, Ehlinger says. As long as the outbreak is ongoing in West Africa, the state will take precautions, but for now, he wants people to relax. “People worry,” he said. “They take it to a level that is beyond the concern that they really should have.”

How Minnesota is responding to growing fears about Ebola