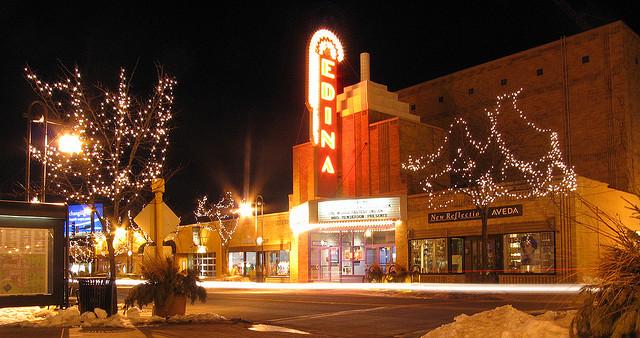 CC/Flickr/Drew Geraets
Before the mid 2000s, Edina was a place where a moderate Republican with a low-tax, business-friendly message could prosper.

The city of Edina has changed a lot since its humble beginnings as a milling and farming community. Today it’s the wealthiest inner-ring suburb of Minneapolis, with a median family income approaching $130,000. There’s a first-rate public school system and plenty of parks, shopping and golf courses for its residents to enjoy.

Politically, the suburban city has changed too. Before the mid 2000s, Edina was a place where a moderate Republican with a low-tax, business-friendly message could prosper. But sometime after the turn of the century, that started to change: the district went from GOP-leaning to a checkered red-and-blue swing district. Now political observers see it turning a more permanent shade of blue.

Many of Edina’s residents are aging, but young families are also moving in, changing the demographics — and voting patterns — of a place that has long been synonymous with a certain stratum of suburban affluence. Democrats swept legislative races in Edina during the 2012 election. And they held on to them again this fall, despite a low-turnout midterm election that saw Republicans reclaim the state House.

“As more younger families move in from the city and move into the first-ring suburbs, we’ve seen a change,” said Barb Sutter, a Republican who lost in her bid for an Edina seat in the state House this fall. “People used to say, ‘Edina, that’s a surefire Republican area.’ That hasn’t been the case for a number of years.”

It’s not just Edina. Of the 11 suburban swing House seats targeted by both political parties and outside spending groups in 2014, only one was captured by Republicans. It was a striking result: In the past, control of the state House has been won or lost in competitive suburban swing districts. Not this year; Republicans made nearly all of their gains in greater Minnesota. Republicans maintained control in conservative-leaning districts in the outer-ring suburbs of the Twin Cities.

The chart above shows the party that won each of the metro-area Minnesota House districts — Republicans in red, Democrats in blue. The darker boxes are districts that were targeted by Republicans. The GOP had hoped to increase its control of the suburban districts ringing the metro, but only gained one of the 11 seats it targeted in the area.

“We’ve seen a trend developing in the last few election cycles. While the Republicans are gaining vote share in the rural areas, the DFL is gaining vote share in the suburbs,” DFL Party Chairman Ken Martin said. “The demographics are changing, but there’s also a political and ideological shift going on in the suburbs, and that’s benefiting Democrats. You saw that on full display in this election.”

The seven-county metro area is home to a whopping 60 percent of the state’s population. Rural parts of the state have seen an exodus of people as the mining and farming industries shed jobs, even as service industry, professional and technical employment expands in the metro.

In economically struggling outstate districts this election cycle, Republicans successfully tapped into fears that Democrats were forsaking rural districts for metro-area projects. But the GOP struggled to articulate a cohesive message in the suburbs. Instead, Democrats say, the swinging ‘burbs were receptive to the party’s laundry-list messaging around education and the economy. 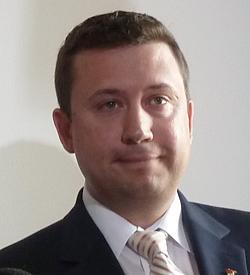 “Suburban voters liked a lot of the things passed under DFLers: the Women’s Economic Security Act, paying back the education shift, funding all-day kindergarten,” Martin said. “When you think about suburban moms and suburban voters generally, it’s, ‘How do I improve my family’s life?’ They care deeply about education and about their own economic security, and in the end the Republicans didn’t have any message that could appeal to suburban voters.”

And where some Republicans attribute gains in deep rural districts as a backlash to Democrats’ move to legalize gay marriage in Minnesota, some operatives say it was just the opposite in socially liberal suburbs like Edina.

“There was a lot of support for candidates, particularly incumbents, who supported legalizing gay marriage in Minnesota,” said Zach Rodvold, head of the House DFL campaign. “The message of progress resonated strongly in these districts.”

Edina’s changing politics were on display earlier this spring, when pro-gay marriage, pro-choice Republican Dario Anselmo defeated Polly Peterson Bowles for the party’s endorsement — despite Bowles deep connections in local Republican politics. Anselmo ran as a socially liberal but fiscally conservative moderate, a profile that would seem to fit nicely with the changing views of the district. But it wasn’t enough to beat incumbent DFL Rep. Ron Erhardt, who previously served more than a decade in the House as a Republican before switching parties in 2012.

“We thought we had a good campaign team and a good message as a moderate Republican who could step away from party politics on certain issues,” Anselmo said. “In the end, it’s still a matter of at least 20,000 people knowing my name and feeling good enough about it.”

The role of DFL GOTV efforts

The DFL trends were clear early on in the election cycle for some Republicans, and resources were moved out of some suburban races and into increasingly competitive districts in the rural parts of the state. Meanwhile, Democratic groups stayed put and continued to knock on doors and put out paid media to protect their gains in the suburbs.

Early signs pointed to a strong performance at the top of the ticket in the metro area by Democratic candidates like Mark Dayton and Al Franken, said Ben Golnik, former chair of the Minnesota Jobs Coalition, which spent heavily on House races this fall. And it was clear their performance would trickle down to aid DFL legislative candidates, he said.

“Republicans missed an opportunity to define Dayton early and aggressively,” Golnik said. “These House races don’t happen in a vacuum.”

While Democrats dominated in the suburbs, many of their victories were close. One House race in the Minnetonka area is headed for an automatic recount after incumbent DFL Rep. Yvonne Selcer won by just 36 votes. Most races were won by anywhere between 500 and 1,000 votes. What made the difference in many of those districts was a DFL strong turnout machine aided by statewide candidates and infrastructure already in place.

“Some of these districts we went through five or six times. We made frequent contact,” said Bernie Hesse, a political organizer with labor union UFCW 1189. Get out the vote resources were also pumped into the suburbs at the last minute to boost the victory of DFL Secretary of State candidate Steve Simon, Hesse said, who was running a tight race against Republican Dan Severson. “There was this additional effort put into these suburban races because someone told us we have to step it up for Simon.”

“I do think that that’s a trend that’s been happening over time in places like Edina and Bloomington, which were reliably Republican are going to be reliably Democratic in the future,” Rodvold said. “That trend will be catching up with other Republicans who haven’t had tough races before but will soon. The population is changing. It’s becoming younger and more diverse in those inner ring suburbs and that trend continues to spread outward.”

But operatives on both sides of the aisle agree that the parties will need to make inroads in all parts of the state to maintain any long-term majority in the politically volatile state House.

“I think [Republicans] won it this year with a rural strategy, but they can’t sustain it with a rural strategy,” Martin said. “Clearly their message in the suburbs did not resonate with suburban voters this time. From the perspective of building a long term and permanent majority, the Democrats are more well-positioned to do that than the Republicans right now. The Republicans will really have to work hard to put together packages and a strategy that appeals to suburban voters if they want to keep that majority.”