You’d think Bridget Sullivan would be in a good mood. A little over a week ago she defeated Paul Scoggin for seat 43 in Hennepin County Court with 60 percent of the vote. For Sullivan, a seat on the bench is the culmination of a lifetime dream.

Still, if the champagne was popped, the sound of the cork was muted. Though Sullivan is thrilled she won, she has a problem with the make-up of Minnesota’s judiciary, which now includes her.

“We have a problem with diversity on the bench, and that’s not a secret to anyone,” she says during an interview a few days after winning her election. “One thing is there aren’t many people of color on the bench. None, in fact, ran this year.”

Sullivan is hardly alone in this critique. So, to get a better sense of the make-up of those who preside over Minnesota courts, MinnPost reviewed the backgrounds of every sitting judge and incoming judge who has a biography available at the Minnesota Judicial Branch (excluding semi-retired senior judges at the state level). From that pool of 346 judges, we broke down the state judiciary by race, gender, and professional and educational background. We also examined every judge appointed by the last three governors to see how that affected the composition of the judiciary. Here's what we found:

First, let's look at gender diversity on the bench. In Minnesota, almost two-thirds of judges are men.

In a state's that's more than 83 percent white, it might not be a surprise that Minnesota doesn't have a large number of judges of color. What may be a surprise, however, is just how few minority members of the bench there are:

That lack of diversity has deep impacts, Sullivan says. “It erodes trust in the system that there will be a just result that comes through the process. Not everyone in our community has that trust.” 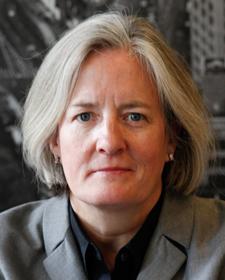 Gov. Mark Dayton's administration has touted its commitment to diversity, and our analysis shows that the number of women and minorities appointed to the bench have increased since he took office. However, when it comes to the percentage of judicial appointees coming from communities of color, Gov. Jesse Ventura actually has the best record, with 14 percent of his appointees coming from minority backgrounds.

First, a look at the total number of appointments by governor:

Most appointments by governor

Now, a look at the number of minority appointees by each of those governors:

The lack of diversity isn't limited to race, however. The Minnesota bench is heavily dominated by judges who have been prosecutors at some point in their careers, and far less who have had any experience as public defenders or who have worked in legal aid. That too can have consequences, says Sullivan, in that judges are more likely to view cases from that lens, and not be familiar with the backgrounds of minority defendants.

There’s also the question of financial resources for those who want to be judges, a factor that is often determined by the size of firm an attorney works for before appointment or election. Quite simply, if you work for a medium- or large-sized firm (which we define here as those with 10 or more lawyers), you have multiple advantages: most notably, an access to a network of support that can be tapped for fundraising support and campaign help.

“I spent $90,000 of my own money on my race,” Sullivan says. “You talk to a lot of minority candidates about running and money usually ends the conversation right there. They either don’t have the funds or the big-firm connections to launch a run. And that’s a problem, and a shame, as there is no shortage of good candidates out there.”

“I’d love to see more judges on the bench who were solo practitioners at some point,” Sullivan says. “I think that would show they know how to work directly with real people. You don’t see that often.”

(For the purposes of the chart below, in-house counsel is defined as anyone who had experience as a general counsel at a corporation or private company.)

One final note on the makeup of the judiciary. When it comes to where Minnesota judges went to law school, the University of Minnesota is the most popular feeder school, although not by a landslide.