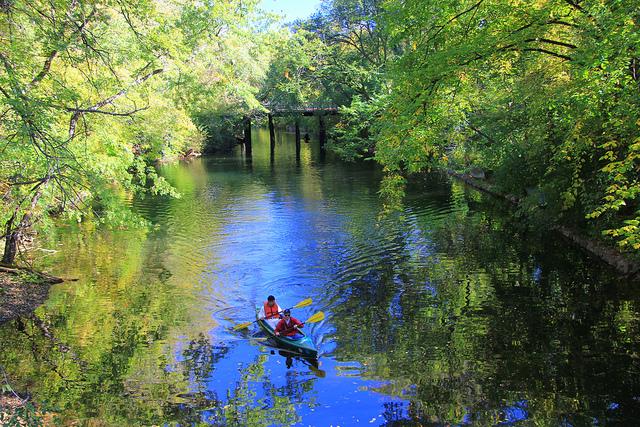 CC/Flickr/Michael Hicks
The park board thinks a larger bridge would be disruptive to the pastoral setting of the Kenilworth Channel.

Metropolitan Council staff members planning the Southwest light rail project have offered to meet with commissioners of the Minneapolis Park Board to talk about a dispute that could delay the $1.6 billion project, which would extend the Green Line from downtown Minneapolis to Eden Prairie.

The offer came via a letter this week from Metropolitan Council regional administrator Patrick Born to park board superintendent Jayne Miller, and arrived on the eve of the park board hiring engineers to further its challenge of a key element of the 16-mile route — namely, how the light rail track crosses the historic Kenilworth Channel that connects Cedar Lake to Lake of the Isles.

“This letter confirms our offer to hold a workshop with the Park Board and other interested government partners to gain understanding of the issues relating to the alternatives to the design of the channel crossing in the Kenilworth Corridor,” Born wrote. “We consider a workshop to be an ideal way to exchange information and ideas in a collaborative manner to address the issues that should be considered for the design of the Green Line Extension.

“We are open to discussing how a workshop can be designed and planned.”

The approved alignment for the extension calls for the co-location of existing freight trains and a pedestrian and bike path with the new light rail tracks through the corridor, which would require a larger bridge over the channel.

The park board thinks a larger bridge would be disruptive to the area’s pastoral setting, and has been advised by lawyers that it has special standing under a federal law that prohibits the taking of parkland for federally funded transportation projects. A route that impacts parkland may only be funded if it is the only “prudent and feasible” option.

The board wants a tunnel beneath the channel rather than a bridge over it — which could add between $30 million and $75 million to the cost of the project, depending on which estimates are used. 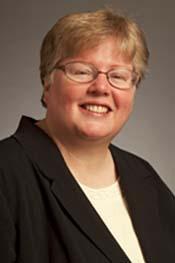 The park board voted Wednesday to hire an engineering team led by Brierley Associates, a national firm with offices in Burnsville. The $245,000 contract calls on the team to study whether it is even feasible to build a shallow tunnel beneath the channel. “We need to find out if it can be done,” Board President Liz Wielinski said Wednesday. “It might not be, but we need to know that.”

If the engineering firm concludes that it is, the next phase of study would be to determine if it is prudent, a calculation mostly dependent on how much it would cost. “If it’s gonna cost $3 billion to be done, that’s not prudent,” Wielinski said. “We aren’t going to push that.”

Before the board approved the contract, however, there was a discussion over what one board member called “chatter going on in the community” that the Met Council had offered to meet to discuss the conflict, and that the board staff had rejected the offer.

Miller confirmed the conversations and the letter, but Wielinski said she had subsequent conversations with a Met Council board member and a Hennepin County commissioner who told her that if the board went ahead and hired consultants, the offer to meet would be withdrawn.

Via email, Met Council member Adam Duininck said that he did speak with Wielinski to “renew/reinforce the offer to have more conversations at a policymaker level between CMs [Met Council members] and Park Commissioners.” He said he did not set any conditions on those meetings but did ask Wielinski to hold off on the decision to hire the independent consultants, but that she declined.

Wielinski said at the Wednesday board meeting that while the park board has good staff, none are civil engineers. “We’d be going into a conversation with the Met Council with their boatload of engineers,” Wielinski said. “I thought that if we could have our engineers it would be a much-more-level playing field.”

On Thursday, Wielinski said the Met Council staff told her they are now willing to meet regardless of the board’s decision to hire Brierley.