There are times when the new body cameras about to be tested by Minneapolis Police will be turned off. But not many times.

In anticipation of a Friday rollout for the body camera pilot program, which will equip 36 officers from three precincts with the cameras over the next six months, the Minneapolis Police Department released its operating procedures [PDF] Wednesday. According to the procedures, a camera can be deactivated if asked by someone being contacted by police, but only if the officer decides the camera’s presence is inhibiting a victim or a witness.

Cameras can also be shut off to protect undercover officers or confidential informants. “The officer should take into account the overall circumstances and what is most beneficial to all involved,” the procedures state.

But that’s about it. Most of the time, the cameras will be recording, a Minneapolis City Council committee was told Wednesday. Just as police officers are warned that with the proliferation of cell phones and video cameras they are likely being recorded all the time, “the general public should know that most interactions with the police department will now be recorded as well,” Police Chief Janee Harteau told members of the city council’s public safety committee.

The test period is part of a city plan to eventually equip all officers with body cameras beginning next year. While police brass like Harteau and Deputy Chief Travis Glampe will not routinely wear the cameras, they will if on patrol, Glampe said.

Harteau echoed the policy position of Mayor Betsy Hodges: that the cameras are being used to both “provide an added layer of transparency and accountability” to the department — and to protect officers from “false and frivolous claims.” But later she warned against raising expectations too high for the program.

“These are a great tool, but they’re a tool,” said Harteau. “It’s one more thing that is going to help us document what happened at an event … But it’s not a cure-all for everything. There are going to be things that are missed or that are not exactly as they appear to be.”

When officers turn off cameras during an event, the procedures require them to record the reason before doing so and complete a written report explaining the decision. Officers who have volunteered to test the equipment will not be subject to discipline for turning off cameras when they’re supposed to be turned on. But once the camera program is officially rolled out, they will be, Harteau said.

While lights on the cameras being tested can indicate when they are turned on, Glampe said he didn’t want to talk about the details “for tactical reasons.” But if someone asks if they are being recorded, officers are to answer truthfully, according to the procedures.

All recordings will be subject to the state Data Practices Act. Any editing or redacting to follow the act’s exemptions will not be done by officers or their supervisors but by certified video analysts in the crime lab. And while an edited version will be released, the complete raw footage will always be retained, Glampe said.

Cameras will not be turned on when officers are just driving or walking around. But they will be turned on during most interactions with the public, including: traffic stops, suspicious vehicle stops, suspicious person stops, priority responses, vehicle pursuits, arrest situations, work-related transports, vehicle searches, physical confrontations, crimes in progress, and “in any situation that the officer feels appropriate when taking a statement and/or gathering information from a victim, suspect or witness.”

Cameras also are to record when someone under arrest is being read their Miranda rights. 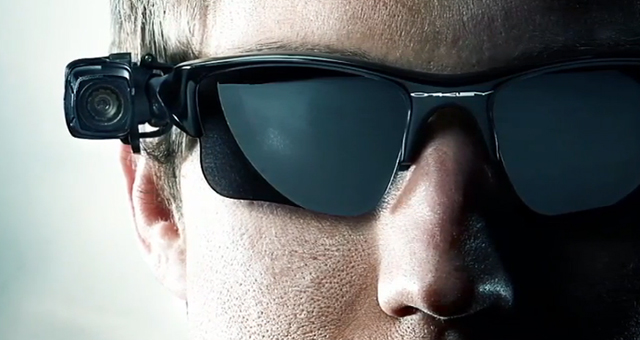 Council Member Blong Yang questioned Harteau about how the department communicated the development of the procedures, suggesting it did a poor job keeping the council informed.

While police commanders have appeared before his committee several times, the details of the operating procedures were not given. When Yang heard that that the procedures were to be released by the department to the public Thursday without first briefing the council, he summoned commanders to his committee. “I’m the chair of public safety and I didn’t know anything about it,” Yang said in an interview. “The council president didn’t know anything about it.”

“On Monday the mayor feigned ignorance, saying it was being handled by the police department and they were holding it close to the vest,” Yang said. But after he put the item on his Wednesday agenda, “schedules were rearranged” and the chief was able to attend.

Harteau was conciliatory, offering to brief the council more frequently. When prompted by Council Member Cam Gordon, she offered to include a council member or council staffer on a task force developing the procedures. That group already includes the police department, information technology staff, the mayor’s office, the police union, the city attorney’s office and the county attorney’s office: pretty much everyone in city hall with an interest in the issue except the council, which will decide later this year whether to appropriate the $1.14 million needed to roll out cameras department wide.

The cameras being tested first are built by Taser International and include a body mounted camera as well as a version that can be mounted on glasses, collars, epaulets or helmets. Later in the pilot program, the second finalist — a body camera made by VieVu — will be tested. The 36 officers work in the 1st, 4th and 5th precincts.