Gov. Mark Dayton and U.S. Sen. Al Franken might have had at least medium-length coattails.

In down-ticket races, incumbent State Auditor Rebecca Otto and incumbent Attorney General Lori Swanson each swept to easy victories, perhaps with some help from the impressive victories posted by Dayton and Franken. But both DFLers were incumbents and both were expected to win easily.

The DFL’s secretary of state candidate, Steve Simon, had a tougher night in his race against the GOP’s Dan Severson. But then, it’s never been easy for either of these two high-contrast pols.

Simon was challenged for DFL endorsement, didn’t poll particularly well in a primary despite being opposed by unknowns. He would go on to win Tuesday, but not by much, beating Severson by less than 2 percent.

For his part, Severson has now narrowly lost for a second time in a run for secretary of state. Four years ago, Severson lost by just three points to incumbent Mark Ritchie. This time around, the loss seemed destined to be even closer.

There were other aspects of the down ticket races that will help define the immediate future of Minnesota politics.

The Independence Party’s grasp on major party status is on the bubble. The party needed a statewide candidate to win at least 5 percent of the vote, but their best hope, secretary of state candidate Bob Helland, was falling just short of that goal.

Andy Dawkins, a former DFLer who ran as a Green Party candidate for attorney general, also had hopes of hitting the 5 percent mark, which would have given Greens major party status. But he was not even close, with less than 2 per cent of the vote. IP attorney general candidate Brandan Borgos was doing only slightly better than Dawkins.  The two once had talked — briefly — of combining forces, with one dropping out to support the other. But even combined, their totals wouldn’t have hit the necessary 5 per cent. 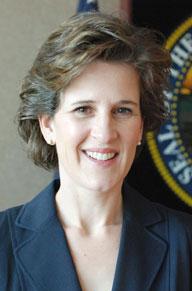 An intriguing aspect of the Swanson-Otto victories is what those wins may foreshadow. Despite their denials, both are believed to have gubernatorial ambitions. The two have built solid political resumes. Both are headed into their third terms. Both had virtually identical outcomes Tuesday, with Otto defeating GOP challenger Randy Gilbert by 12 points, while Swanson was beating up on the GOP’s Scott Newman by about 14 points.

Otto, for one, wasn’t buying the notion that she was hanging on to Dayton-Franken coattails Tuesday. Now headed to her third term, she noted that she won her first race when a Republican, Tim Pawlenty, was elected governor. Swanson can make the same claim.

“I’ve never run on coattails,” Otto said. “We raise our money, we do our work. We all run our own campaigns.’’

DFLers haven’t needed coattails to hold onto the attorney general’s office, either. DFLers are unbeaten in AG races dating back to 1971. 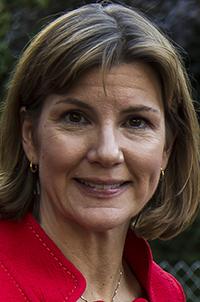 Swanson typically comes off as a little less outgoing — and perhaps a little tougher than Otto. But the auditor, who dances (she was dancing long after most had gone home), hugs and smiles easily, also has a tough side, which she exhibited Tuesday night. In speaking to the DFL crowd early in the evening, Otto went out of her way to take some shots at Matt Entenza, a one-time DFL star who had opposed her in the primary.

She never mentioned Entenza’s name but spoke of how her followers had come together and shown “that love is stronger than money” in that primary race. Entenza had poured huge amounts of cash into a race but was clobbered by Otto by almost a 4 to 1 ratio.

Later, she explained that she had brought up the primary race because being forced to run against Entenza had been “a big distraction.”