Minnesota state House Reps. Rod Hamilton and Ron Erhardt know better than most the kind of passion — and resentment — transportation debates can spark in state politics.

The two representatives are the only remaining members of the “Override Six,” a group of Republican legislators who overrode Gov. Tim Pawlenty’s veto in 2008 to pass the first gas tax increase in Minnesota in 20 years. The move raised more than $6 billion in transportation funds for roads and bridges across the state over 10 years — but it also resulted in the six legislators facing political retribution for their votes. Erhardt, like others in the group, was challenged for his GOP endorsement that spring and lost.

He’s back now as a Democrat and serves as the outgoing chair of the House Transportation Policy Committee. Hamilton is the last surviving override vote in the House GOP caucus, which will be in the majority when the 2015 session gavels in.

Once again, lawmakers are facing the big question of how to deal with lagging funding for roads, bridges and transit projects across the state.

Like six years ago, transportation-funding advocates say there’s at least $6 billion in needs over the next decade just to maintain the state’s current transportation system. Gov. Mark Dayton has floated the idea of raising the sales tax on gas at the wholesale level to pay for improvements, but House Speaker-elect Kurt Daudt, while not closing the door on a new tax, has said such a move is not very likely to pass his new caucus. 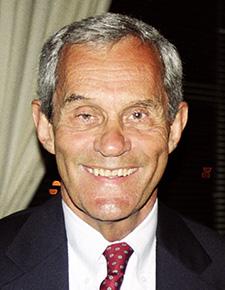 “I would do it again if I had any sense,” Erhardt said immediately when asked about his veto override vote six years ago.

Erhardt served on the transportation committee in the early and mid 2000s and each time supported a funding approach that dealt with roads and bridges and mass transit together — the only way to get a proposal so large to pass with metro and rural lawmakers. He thinks an approach that deals with both transit and roads is needed again this year, but the “old resentments” between rural and metro-area legislators are already starting to crop up.

Republican’s victory in the House this year was decidedly rural — 10 of 11 pickups were in rural Minnesota — and Daudt has repeatedly said his caucus is focused on “roads and bridges.”

“Greater Minnesota always wanted roads and bridges, and so they could never understand why people wanted buses and trains because they didn’t use them out there. So they could never reach an agreement,” Erhardt said. “I don’t really understand, unless Daudt is going to work some magic to get them to agree on something, that it’s going to be very easy to get a transportation bill that amounts to anything between rural and metro. I’m not sure they are going to be able to do that.”

There’s another addition to the mix that wasn’t part of the 2008 debate, Erhardt said — bikes. Cyclists have become a major part of the Minneapolis and St. Paul transportation system, adding a third leg to the funding stool this session.

“I don’t think we ever heard about bicycle lanes in the other debates, they were strictly about roads and bridges and transit,” Erhardt said. “I don’t know how that plays into this, but that discounts some money you might put elsewhere.”

Hamilton had a different experience than Erhardt when he took the vote to override Pawlenty. He had made it clear early on that he would support the gas tax, which saved him at least some political pain when it came time to face activists at his endorsing convention (which he won). He plans to take the same open approach to his position this year, too. 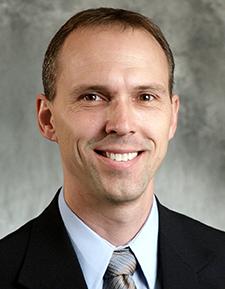 “I believe we need to invest in infrastructure in the state of Minnesota, yes, absolutely,” Hamilton said. “I also think we need to evaluate what truly the need is out there and what the funding sources and the different options are.”

But he says he sees all the right players at least willing to come to the table now. A key factor that helped in 2008 gas tax push was a strong coalition of labor union and business groups like the Minnesota Chamber of Commerce.

“Conversations are being had. I’m not trying to imply anything, all I’m saying is it appears to me that all sides of the issue are talking and there aren’t any hard lines drawn in the sand,” Hamilton said. “That’s the way it is today. People are very open and willing to discuss this.”

In the end, both think something will pass this session to deal with the transportation gap. “If there’s truly a need in the state of Minnesota, the parties will come together and do what’s best,” Hamilton said.

“I’d say we are going to have something, but I don’t know what,” Erhardt added. “It might be a strange coalition that has to build [in St. Paul].”

On the roads, again: lessons from the last big transportation debate