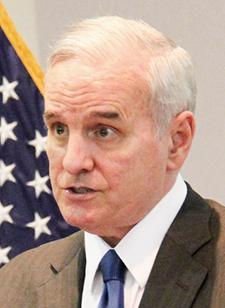 Feelings of betrayal and distrust aren’t uncommon in politics, though they usually stem from rifts with political and ideological rivals. But in a hastily scheduled press conference late Thursday, a stunned and visibly upset DFL Gov. Mark Dayton took to his bully pulpit to publicly broadcast that the second most powerful Democrat in state government, a putative ally, had “stabbed me in the back.”

Dayton held little back in his dismantling of Bakk, the Senate DFL Majority leader, who earlier that afternoon led his caucus in passing a proposal to suspend pay raises approved by Dayton for the top members of his administration. Dayton said he was “blindsided” by the move from a member of his own party and he didn’t know if he could ever trust him again.

“I’m very disappointed because I thought my relationship with Senator Bakk has always been positive and professional,” Dayton said in an unusually frank briefing. “I can’t trust him, can’t believe what he says to me, and that he connives behind my back.”

The pay raises have been an issue for nearly two weeks, when Dayton first said he intended to take advantage of a 2013 law change to give about two dozen commissioners raises for a total cost of about $800,000. But it was Republicans who control the state House who were making the noise, engaging in a back-and-forth letter exchange with Dayton all week to try and get him to publicly testify in favor of the pay hikes for his cabinet.

Those commissioners already earned six figures, but Dayton said the raises would help recruit and retain talented state employees, who often leave for better-paying jobs in the private sector.

In an effort to put an end to the “sideshow,” Dayton said Thursday morning that he could live with a House GOP proposal that would cut money from the budgets of the departments of human services, health and natural resources to make up for at least some of the salary hikes.

House members have yet to vote on their version of the pay-raise proposal, but the Senate vote changed the dynamics, instead proposing to suspend the increases until this summer to allow legislators to spend the session talking over the hikes in committee. That’s the last thing Dayton said he wants to see, especially with other big issues on lawmakers’ plate this year (a $40 billion budget, a transportation plan, etc.).

Republicans haven’t said if they will vote for the Senate version now.

Before Thursday, Bakk said the wage hikes were probably necessary, but he thought they were set too high. “I am pleased the governor recognizes state salaries should be more proportionate to the private sector pay scale,” Bakk said in a statement Wednesday night. “I have reservations about the size of the commissioners’ salary increases. I share the concern to retain and recruit exceptional talent for our state workforce, and while these increases may be warranted, I would prefer an incremental and measured implementation.”

Still, Dayton said he had no idea the vote was coming and noted that he and Bakk shared a terse phone call after the vote.

‘I don’t trust his word’

The rift has wide ranging implications for the rest of the 2015 session. Dayton now says he can trust Republican House Speaker Kurt Daudt more than he can trust Bakk, and he’d likely not meet with the Senate majority leader again without someone else in the room. “I’m not going to meet with Sen. Bakk anymore without others present because I don’t trust his word,” Dayton said. 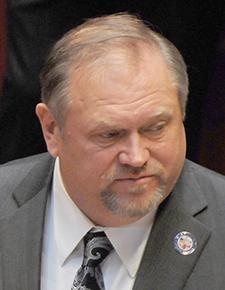 Dayton met with a handful of state legislators Thursday after the vote to ask what happened, but Bakk wasn’t explicitly invited and didn’t show. Dayton said some of those senators thought he had agreed to the amendment. It passed on a 63-2, veto-proof vote.

The governor plans to veto the proposal if it gets to his desk with the Senate amendment attached, even though the measure was part of an emergency spending bill that provides needed money for the state’s Ebola response team, the security hospital in St. Peter and the Minnesota Zoo.

It’s not the first public spat between Dayton and Bakk. Last year the governor held a press conference to accuse Bakk of holding a time-sensitive tax bill hostage in order to pass a proposal to construct a new office building for senators. The issue went on to be a major campaign issue for Republicans last fall, when they swept House races in rural Minnesota and won back the lower chamber. Many Democrats fear the pay raise issue will turn into the same political ammo, especially if the conversation continues on closer to the 2016 election.

Dayton is not on the ballot again, but Bakk and the entire Senate DFL caucus will be.

But this was different than the office building debacle: Dayton said his trust has been permanently shaken in the Senate majority leader. He added: “Now I know how Obama feels.”

“I’m confronted with two hostile bodies of the Legislature, one with a leader I believe I can trust [Daudt] and one I know I can’t trust,” Dayton said. “I certainly learned a brutal lesson today.”