It doesn’t take long these days for any discussion among the Minneapolis Park & Recreation Board about transportation projects to turn to the past.

The past, as in when freeway builders wanted to build an elevated, multilane Hwy. 55 over Minnehaha Park; or when another plan would have had that same roadway burrow beneath Minnehaha Creek — just a few hundred feet from the falls.

The past, when the state highway department demanded and received pieces of various parks — including Loring Park and The Parade — to build I-94, I-35W and Hwy. 12; or when the board gave in to political pressure to sell a large piece of Wirth Park to Prudential Insurance (for a building now owned by Target).

The past, when the Park Board could have stopped irreversible losses to the parks system — if they had just been more resistant to political pressure.

That’s the view of some on the board, at least. That if not for a change in policy and strategy started nearly 50 years ago, an elevated freeway — among other short-sighted projects — might today pass over one of the state’s most-visited attractions. That it was only after a more-assertive approach was taken, board members say, that a message was sent: If you wanted Minneapolis parkland for non-park uses, you better be ready for a fight.

Regret then resolve. That narrative comes into play again and again as the current board faces another conflict between parks and transportation — the alignment of the 16-mile Southwest Light Rail Transit project that passes through the Kenilworth Corridor and over a narrow channel of water connecting Cedar Lake and Lake of the Isles. The board has hired lawyers and engineers to make the case that a tunnel beneath the channel is less disruptive than additional bridges over it.

As a result, the board is facing pressure from just about every corner of the state’s political establishment, accused of blocking a vital extension of much-needed mass transit project. Gov. Mark Dayton used his budget proposal to call for withholding $3.77 million in regional park money from the district because of the Park Board’s recent actions.

Meanwhile, transit advocates accuse the board of using park protection as a fig leaf to hide their opposition to the entire route, regardless of the means of crossing Kenilworth. They also say the board is acting out of pique, that members are resentful that they weren’t invited to the table to help craft the plan for the $1.68 billion project in the first place.

In both word and deed, it’s not difficult to find evidence of both of those motivations among some board members. But the overriding emotion revealed throughout the recent fight is something else: fear, a sense of trepidation about the consequences of not being protective, even overprotective, of the parks.

“Over the years there have been many transportation projects and it seems they always want to take the easiest, cheapest route,” Commissioner Jon Olson said at a January meeting.

Olson said construction of I-94 continues to have negative impacts on his North Minneapolis district. But the actions of past boards made Hwy. 55 a better project for Minnehaha Park, Olson said, and he said he wants to make the current light rail project work better for the lakes. “If people get upset with me on the Met Council or the county board or the governor’s office, I don’t really care,” Olson said. “I’m here to do what’s right.” 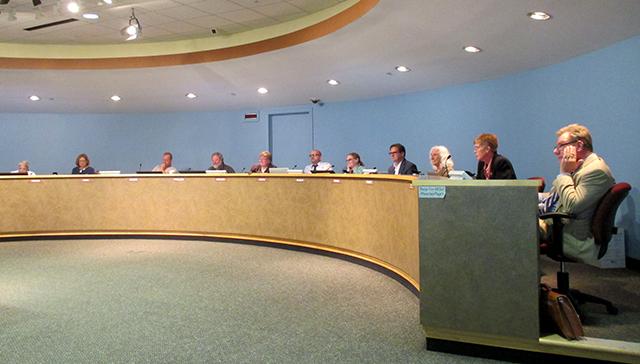 MinnPost photo by Peter Callaghan
The Minneapolis Park Board is facing pressure from just about every corner of the state’s political establishment, accused of blocking a vital extension of much-needed mass transit project.

At a meeting last fall, Commissioner Anita Tabb suggested that decisions made with Southwest LRT will influence decisions made later. “This is Southwest LRT,” said Tabb, whose district includes the Kenilworth Corridor. “But guess what guys? They want land on Bottineau [the proposed Blue Line extension to Brooklyn Park]. So don’t think this is the last time this is going to happen. That is why it is so important that we make sure we get this right.”

Critics of the board’s stance on Southwest LRT say this is hardly a freeway over a beloved park, or the sale of a huge parcel for a corporate headquarters. A bridge already passes over the Kenilworth Channel to provide for a popular trail and a freight rail line. The new bridges would replace existing timber bridges and add space — about 28 feet — for the light rail lines.

But the board majority fears those changes, and the increase in trains passing over the channel — from one freight train a day to 10 or more light rail trains an hour — would disrupt the “pastoral and rustic setting” enjoyed by those who use the area.

And if a tunnel beneath is both “feasible and prudent” — that is, is it technically possible and not vastly more expensive than the proposed bridges — then the Met Council, which is responsible for building the line, should adopt the tunnel option, the board says.

To that end, the board has already spent nearly half a million dollars on engineers to measure both feasibility and prudence. If it finds that a tunnel option would meet those criteria, the board could then trigger federal rules that prohibit the taking of park land for federally funded transportation projects if such alternatives exist.

For its part, the Met Council staff says it looked at the tunnel and decided it wasn’t worth the cost — and that the impacts of the new bridge on the channel are minor. But last week, it was revealed that federal transit officials want Met Council staff to take a formal look at the impacts, a study that could delay the project by several months.

A change in strategy

David C. Smith, a historian who wrote the definitive story of the park system for the Minneapolis Parks Foundation, says the current board is following both the tradition and the strategies that has created one of the nation’s most-celebrated park systems.

“There’s a great sensitivity to it, there’s a great awareness of the history of the park system as far as protecting the system,” said Smith, who, in addition to writing, “City of Parks, The Story of Minneapolis Parks,” also writes a blog about park history and is currently under contract to create an archive of historic board records. 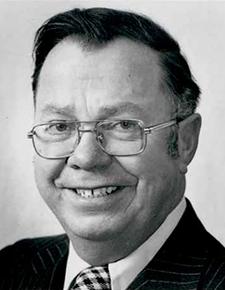 The decision to give land for the Prudential building, for instance, left that board with a sense of guilt that, along with the arrival of a new superintendent and an aggressive board lawyer named Edward Gearty, engineered a much-tougher stance for Minnehaha Park, a fight the board took all the way to the U.S. Supreme Court. (The court ultimately declined to hear the case, and the underlying issues were resolved in a different case, Overton Park v. Volpe, in which the top court ruled that park land could only be used for federal transportation projects if there was no “feasible and prudent” alternative — a ruling that now gives the park board standing on Southwest LRT.)

It was Superintendent Robert Ruhe who declared in 1966 that “those who seek park lands for their own particular ends must look elsewhere to satiate their land hunger. Minneapolis park lands should not be looked upon as land banks upon which others may draw to satisfy a lack of foresightedness in properly anticipating their land requirements.”

Before Ruhe was hired, the Park Board usually cooperated in development, Smith wrote. After, it resisted. And while succeeding boards didn’t stop all use of park land for non-park uses, they did make sure they got more in return — more money and more land to help replace what was lost.

Iric Nathanson, who wrote the book, “Minneapolis in the Twentieth Century,” agreed that park/transporation politics can essentially be divided into two eras: before Ruhe and after Ruhe.

“There is no question that the board is taking a much more aggressive stance in protecting its interests than it did in the era before Robert Ruhe decided to take on the Minnesota Highway Department,” said Nathanson. It was significant because “during that earlier era, few organizations inside or outside of government believed they had the authority or the legitimacy to challenge the decisions of the highway planners.”

But Nathanson, a historian with a knack for connecting current events with the region’s past, noted the irony in comparing the fight over Southwest LRT with the Minnehaha Park battle. “The Park Board’s action in 1966 led to the establishment of the state’s first LRT line, while this latest action by the Board will have the effect of delaying or blocking the LRT project now on the drawing boards.”

Last month, Smith defended the current park board on his blog, saying it is acting on the tradition crafted by Ruhe and Gearty. “The Park Board needs to reassert very forcefully that taking parkland is a very serious matter and not the easiest way out when other arrangements don’t fall into place,” he wrote.

He points out that the cities along the alignment each made demands that were partially met, but when the park board wants to be heard, its members are castigated. “Everyone else whined and won,” he wrote. “The Park Board got an ultimatum.”

A culture of independence

Commissioner Brad Bourn has a somewhat different take on the board’s motivations. While he isn’t convinced that past battles set the stage and tone for the Southwest LRT confrontation, he said the board’s history of independence has played a big part. 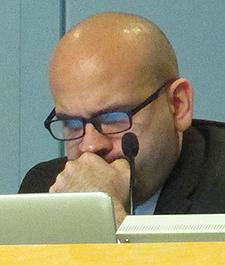 “The Park Board does have a culture of independence,” said Bourn, a commissioner from Southwest Minneapolis who has been in the minority during the board’s recent votes on the Kenilworth Corridor. “If we perceive another government body telling us what to do rather than working with us, we’ll take an obstinate position.”

“Seventy to 80 percent of the time that’s an asset. We have a strong park system because of that independence,” Bourn said. “Sometimes it ends up being a liability.” Bourn said he thinks the current fight falls in the latter. Bourn is in the minority, however. And it’s hardly insignificant when current Park Board President Liz Wielinski uses Ruhe’s name to explain the board’s current stand. “It’s tradition,” she said. “It’s part of our mission.”

Is the Minneapolis Park Board guided by lessons from the past — or haunted by its history?