Last year, the DFL-controlled legislature passed a hard-fought increase to the state’s minimum wage, taking it from $6.15 per hour to $9.50 by 2016 and putting it above many of Minnesota’s neighboring states. The first increase went into effect in August, raising the wage to $8 per hour (for most workers). But with a new Republican majority in the House this year and the wage set to make its biggest jump this August, when  it will rise to $9 per hour, Hayden and other supporters thought they might see efforts to repeal the law this session.

“Things seem to be going OK, and the economy is going OK,” said Hayden, a Democratic senator who was one of the minimum wage bill’s authors. “It’s not fully implemented yet, but all the folks that were holding up reservations haven’t said anything to me at all.”

Even the restaurant industry and other business groups that most-passionately opposed the measure over the last two years aren’t seeking a wholesale repeal. Instead, they are pushing smaller changes to the proposal that they say would help restaurants cope with the wage change. And they’re not alone in their desire to make some changes: Some DFL groups want to see tweaks to the law, as well, so the wage can increase even more in some cities.

The political climate could make it difficult for anything to pass, however: Republicans now hold sway in the state House, but Democrats are still in control in the state Senate, and minimum wage-friendly DFL Gov. Mark Dayton won re-election last fall.

“We don’t really have a position right now,” Republican House Speaker Kurt Daudt said. “I think we need to see what the impacts of that are, and in order to do that we need to hear from employers and Minnesotans about how that’s impacting what they are doing. If there are problems we are going to work on those.”

Before the 2015 session started, Minnesota’s largest business group, the Minnesota Chamber of Commerce, said one of its top legislative priorities for the year was repealing the automatic escalator to the minimum wage. The built-in hike was one of the biggest points of contention between the DFL-controlled House and Senate last session, with the upper chamber wanting a more conservative measure. In the end, the proposal was passed with an automatic escalator that doesn’t kick in until 2018 and allows future governors to suspend the increase in a given year if they can show a significant economic downturn is on the horizon.

But the Chamber of Commerce says there shouldn’t be an inflator at all; that those debates should continue to happen at the legislative level; and that any states that include an inflator in their minimum wage did so by passing a ballot measure.

“We still have issues with the fact that it’s setting a huge priority of government regulation on autopilot,” Ben Gerber, a policy analyst and lobbyist for the chamber, said. “This is the reason we elect people every two years or four years. This should be a policy consideration.” 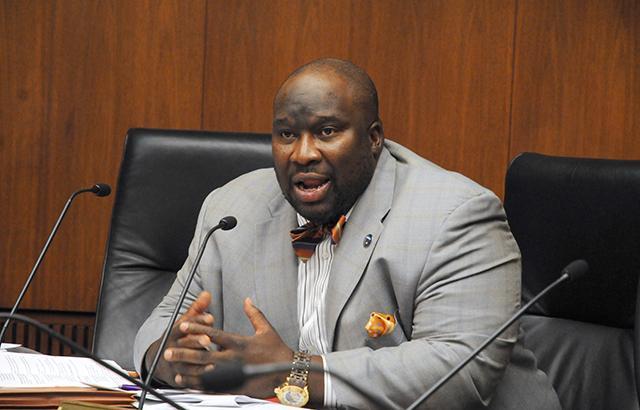 Rep. Ryan Winkler, DFL-Golden Valley, who authored the House minimum wage bill and was a strong advocate for the escalator, doesn’t sense any appetite from Democrats to go back and tinker with the proposal. “We passed a strong bill,” he said, adding that last November the state’s restaurant and hotel industry added 5,000 jobs on a seasonally adjusted basis. It was the industry’s biggest monthly gain on record, despite the newly-implemented minimum wage increase, he said.

He’s also not expecting a lot of traction from a perennial push to add a so-called “tipped employee tier” to the law. A proposal from the Minnesota Restaurant Association would cap the minimum wage at $8 an hour if — after tips are factored in for each two-week pay period — those workers earned at least $12 an hour. If they didn’t hit that threshold, the worker would get the full state minimum wage.

“About 2 or 3 percent [of our members] were considering closing because of the bill; no one is saying the sky is falling,” said Dan McElroy, Executive Vice President of the Minnesota Restaurant Association and a former labor commissioner under Gov. Tim Pawlenty. “But [restaurants] are raising prices and making adjustments to their business to be able to absorb the cost.”

The federal government’s minimum wage law includes a tip credit provision, and every state bordering Minnesota adheres to the federal standard. Last year, a similar proposal failed on a tie vote in the DFL-controlled House, and McElroy says he’s hopeful they’ll get it passed this year.

“The mood I have sensed is there may be some polishing up that could be done, I haven’t sensed an interest in major overhaul,” McElroy added. “We are not asking for or supporting a rollback in the wage.”

A higher wage for Minneapolis?

Last fall, a few Minneapolis City Council members indicated that they were interested in exploring the idea of setting an even higher minimum wage in the city. Motivated by rallies across the country for higher wages, DFL council members Alondra Cano and Jacob Frey quickly set about asking attorneys to research whether a city can adopt a minimum wage higher than the state mandates.

To avoid the lawsuits that have resulted after some cities raised their wage, Minneapolis and other interested local governments would need some guidance from state lawmakers.

It would be a similar step to the one Seattle took in June, when its council voted to gradually raise its minimum wage to $15 an hour. San Francisco’s minimum wage is currently $11.05 per hour, but it will hit $15 per hour by July of 2018 thanks to a ballot initiative passed by voters.

But McElroy said the Restaurant Association and other business groups are generally opposed to the idea. “One state, one wage,” he said.

“People are saying the Seattle model is working, but the Twin Cities are geographically different than Seattle. Seattle is surrounded by Puget Sound. Minneapolis has competitors right in the inner-ring suburbs,” McElroy said. “For them to have a dramatically higher city minimum wage than other parts of the region will have a different impact.”

Hayden isn’t fully convinced it’s a good idea, either. “I would really have to get a sense of what that looks like,” he said. “San Francisco is just a much different city than Minneapolis. People there have a lot more money to spend.”

Why lawmakers are unlikely to overhaul Minnesota’s minimum wage law