NEW GERMANY, Minn. — Sometime this spring, on 10 acres of farmland now lying fallow in the February cold, Nick and Amelia Neaton will once again plant vegetables for the people living in the small towns and villages of northwest Carver County.

Eighty “shareholders” will pay the Neatons $560 for a full share (or $330 for a half) of sweet peppers, red slicing tomatoes, Brussels sprouts and an assortment of other produce. A grocery store/restaurant in Minneapolis and a suburban school district are among the other customers that will look to this small plot of land for some of their food.

“There aren’t many young people starting up big crop farms,” Nick said recently in the kitchen of the couple’s farmhouse north of this village of 370 people. “These types of farms are really the only ones for young people to get into.”

Growing up, Nick had helped his father grow traditional crops like corn and soybeans on 1,000 acres of land near Watertown and Winsted.

That kind of farm life wasn’t for him, but, after living for several years in Minneapolis, he realized that some kind of life on the land was. He found a kindred spirit in his wife, who had grown up in the woods near Brainerd and also wanted to return to rural life after working in St. Paul and in California.

The Neatons’ aspirations turned into Sweet Beet Farm, as they call their enterprise, which has created some income and a sense of independence for the couple – if not yet a living (both have other jobs).  But while they plan to buy more land, they are committed to farming on a small and manageable scale. 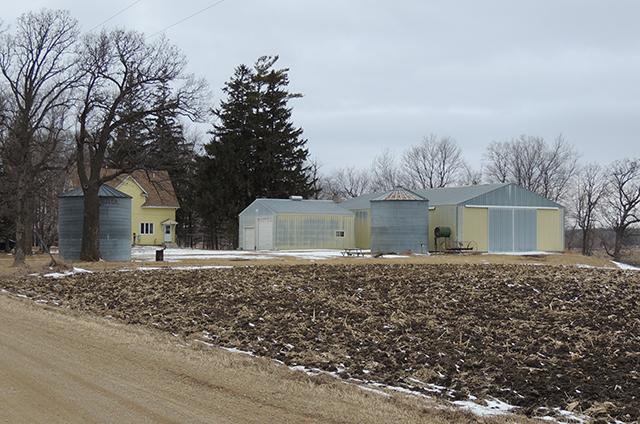 MinnPost photo by Gregg Aamot
Nick and Amelia Neaton moved to this farm north of New Germany, Minnesota, in 2013.

“Our goal all along was to be really thoughtful about how we live and work,” Amelia said.

In an era of creeping industrial farming, the Neatons are among a small, though passionate, group of young Minnesotans who are returning to the land – sometimes to take over family farms of a few hundred acres, other times to strike out on smaller plats of their own.

It may seem like a peculiar choice in light of demographics that show Minnesota’s farms getting larger and its farmers getting older.

The numbers, drawn from Census of Agriculture data, surprised some demographers who had seen trends heading in the other direction.

“There was real optimism heading out of the '90s and into the 2000s regarding the viability of these (small) farms. It was a time when organics were taking off,” said Ben Winchester, a research fellow for University of Minnesota Extension who has studied the demographics of rural life.

Kent Olson, an economist and associate dean at University of Minnesota Extension, said the factors driving the growth of industrial farming – such as high land prices and production costs – are likely to continue.  Even so, he said, the number of people returning to areas where they grew up to farm, while not a huge number, “is more common than we think.”

One hundred and fifty miles west of the Neatons’ farm, near the banks of Big Stone Lake on the South Dakota border, Peter and Anne Schwagerl are preparing for another season of farming on 178 acres. Their crops and livestock – non-GMO corn and Natto soybeans, which are used in a traditional Japanese fermented dish, and heritage breed Berkshire hogs – suggest the organic, specialized nature of contemporary family farming. “If you are going to be a small-scale producer, the more specialized you have to be,” Peter said.

Farming wasn’t initially in their plans.

The Schwagerls were living in Gainesville, Fla. – where Peter was in graduate school and Anne was working for United Way – when they began to think about returning to Minnesota to give farming a try. Less than five years after graduating from Gustavus Adolphus College, they were living near Browns Valley, not far from Peter’s parents' farm.

“Both of us were looking for careers where we could be a bit more independent, or more in charge of our fate, and also work as a team and see each other more often,” Peter said.

The Schwagerls will eventually move into Peter’s grandmother’s home and begin taking over more acreage from his father – continuing a Big Stone County family legacy that stretches back generations.

Said Anne: “We have been heartened to see, as we have gotten involved in the community, a number of young folks who are doing similar things as us – maybe coming back to a family farm but doing things a bit differently than their parents or grandparents.”

The Neatons and Schwagerls took part in Farm Beginnings, a program sponsored by the Land Stewardship Project, an organization that promotes sustainable, community based farming. Participants in the yearlong program attend nine sessions devoted to goal-setting, soil management, financial planning and other farm matters.