The debate in the Minnesota legislature comes down to a simple question: Are century old regulations on landline telephones obsolete — or do they remain necessary to protect consumers?

The telecommunications industry most definitely comes down in favor of the former, and is pushing hard for change, claiming that Minnesota’s current regulations regarding landlines are unnecessary, burdensome and stifling competition. The industry also says that de-regulation won’t really change anything for people who still rely on landlines.

But opponents of legislation that is now moving through the Minnesota Legislature say that if the current bill is passed, consumers will face higher prices and reduced service — or even no service at all. Senior citizens and those living in rural Minnesota will be particularly vulnerable, they say. The fears are such that groups as disparate as the Attorney General’s office, the state’s Department of Commerce, the AARP, the AFL-CIO, Legal Aid and the Twin Cities Metro Business Alliance all oppose the bill.

And yet, the telecommunication industry seems to be winning the day. With bi-partisan support, the bill is quickly moving through committees, thanks to the backing of both rural and metro legislators.

A lesson in how the Legislature works

In many ways, this bill is a classic case of how the legislative process works. During session, media attention invariably ends up being focused on a handful of large issues — this year it’s the budget, transportation and education — even while scores of both good and terrible bills are quietly passed.

It’s easy to figure why a bill about old-school telephone lines hasn’t gotten much attention. To many, of course, landlines have become a relic of the past, the horse and buggy of the 21st Century. And yet, according to the AARP, 90 percent of seniors still rely on landlines, though many of those people also own cell phones. 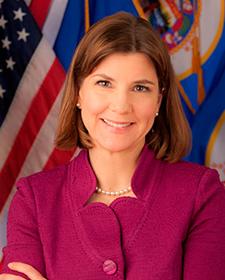 There’s a good reason for the belt-and-suspenders approach, however, especially among rural Minnesota residents. As Attorney General Lori Swanson points out, in many areas of the state, cell phone coverage remains spotty. Additionally, Swanson said, many people with health issues rely on landlines to transmit health data to their physicians.

For a century, there have been strict rules on companies offering landline telephone services. Through the Public Utilities Commission, landline companies are required to provide universal service at affordable prices. They also must provide repairs to out-of-service phone lines within 24 hours about 95 per cent of the time. In return, the PUC regulates pricing so that landline companies are guaranteed a profit.

The new bill would change the PUC’s oversight of landline providers in a couple of fundamental ways: First, instead of going through the commission, the bill would allow the telecom companies to set their own rates for landlines, though the PUC could react to those rates. Secondly, the bill would mean less tightly controlled service and repair requirements for the providers.

The telecommunications companies  say the new law is needed to free up money for investment in “new technologies” that the market demands, and so that they can continue to give reliable and affordable service to consumers. Without getting out from under onerous and century-old regulation, bill supporters say, telephone service providers will not be free to invest in those new technologies in Minnesota — as they are in 29 states, including Wisconsin and Iowa.

The bill is modeled on legislation that was first drawn up in 2007 by CenturyLink, AT&T and Verizon, with the help of the controversial group ALEC (the American Legislative Exchange Council), according to the Huffington Post.

Why legislators support the bill

Sen. Dan Sparks, DFL-Austin, is from a district that has many rural constituents, yet he’s also the author of the bill to change the regulatory process. “I would never move forward legislation that would potentially harm my friends and neighbors,’’ Sparks said following a hearing last week before the Jobs, Agriculture and Rural Development committee, which he chairs. 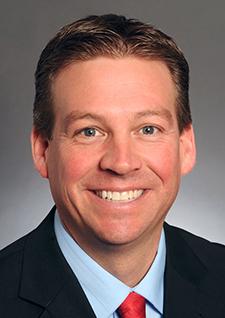 He went on to say he’s been working on the issue for four years and believes the time has come to pass the legislation. “We are in competition with other states,’’ he said of his belief of the need for change. He fears without change, Minnesota will become a technological “outlier.”

At a brief hearing of Sparks’ committee last week, committee members treated members of the public who oppose the legislation with deference. Judy Schaffhausen of Rosemount told the committee of how she has a pacemaker and must have a landline to transmit heart data to her physician on a monthly basis, and she fears that de-regulation could put her landline in jeopardy. In response, Sen. Karla Nelson, R-Rochester, assured Schaffhausen that, “I will be working to make sure you continue to have the ability to do that.”

Nelson voted for the measure.

Why the attorney general opposes it

There was far less deference for members of the AG’s office. Among those who oppose the bill, perhaps none has been more vocal that Swanson, who says the proposed de-regulation would undermine the consumer protections that have served the state well for a century. In states that have passed similar laws, she points out, consumers have seen skyrocketing prices for landline service (as much as 150 percent increases in California, according to Swanson).

In the worst case scenario, service to some consumers could be dropped entirely.  “We’re not opposed to technology,’’ Swanson said. “But if you’re going to change 100 years of law, it ought to be fully debated.’’ 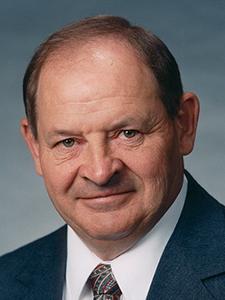 At the hearing last week, Sen. Gary Dahms, R-Redwood Falls, could barely hide his disgust of James Cannady, who represented the AG’s office before the committee. Among other things, Dahms wondered why the AG’s office did not participate in a working group that modified some of the original language in the Senate bill. (The Commerce Department, AARP representatives as well as representatives of the industry were involved in the working group. Those who initially opposed the bill still oppose the amended version.)

Cannady pointed out that there was a good reason the AG’s office did not participate in the working group: they weren’t invited. “This is not a bill [with] any easy fix,’’ he said.  “This is a bill that will hurt consumers and rate payers.’’

Dahms, Sparks and other committee members were not impressed. After two people from the public voiced opposition, the committee ended the hearing with a vote to support the bill and move it on to the next Senate committee.

Even as the legislation makes its way through the legislative process, however, myriad side issues to what’s become known as “The Century Link” bill have been raised. For example, though the industry has been implying that landlines are nearly obsolete, CenturyLink continues to promote an ad campaign pushing the need to hold on to a landline.

“Stick with a phone line that works just like it should,” the ad reads. “Works with 911 and when the power is out or the internet goes down. . . .Excellent call quality with no delays or lag time.’’

Moreover, while the industry was pushing for the de-regulation at the Capitol — arguing that nothing will really change for the consumer — CenturyLink is also seeking waivers from the PUC over the requirement that repairs to out-of-service lines be made within 24 hours.