As a political issue, this one seems extraordinarily short-lived. Government assistance in any form to build a new stadium for the region’s new all-but-official Major League Soccer franchise?

Which is appropriate, because the prospective owners of MLS’ 24th franchise — a group led by former UnitedHealth CEO Bill McGuire but that also includes Timberwolves owner Glen Taylor and Twins owners the Pohlad family — haven’t made any actual requests. In fact, the group expected to land the team hasn’t said much of anything, leaving a vacuum to be filled by a lot of speculation.

But given the proclivities of professional sports owners, the assumption is that a request to help build a stadium will be made. Maybe that’s why political leaders felt the need to deliver a preemptive “sshhh.”

So that’s the end of it, then?

Perhaps … but possibly not. The one elected official who hasn’t offered an outright “No” is Hennepin County Commissioner Mike Opat, who publicly backed the McGuire group in its pursuit of the franchise, even traveling to New York to support the group’s formal pitch. That move put him squarely at odds with the Wilf family, the Vikings owners who were also pursuing a team in the billionaire vs. billionaire battle for an MLS franchise.

Opat chose wisely. Last week, the MLS confirmed that it was in talks with the McGuire group to bring a franchise to the Twin Cities. On Monday the league and Minnesota United announced that McGuire and MLS Commissioner Don Garber will hold a press conference Wednesday at Target Field. The purpose is “to make a major announcement on the future of soccer in Minnesota.”

It helped that McGuire brought soccer credibility, having purchased the lower division Minnesota United and turned it into one of the best run and most successful American teams not playing in MLS. And that he offered the prospect of what the MLS and most soccer fans desire, even demand: a soccer-specific stadium with a grass playing surface.

The rival bid from the Wilfs was always a second choice for soccer supporters — and, it turns out, the league. Among the relatively small but zealous community of people who care about American soccer, the Wilfs are not considered “soccer people.” And their stadium, which is being built with hefty government subsidies, will not only have artificial turf; it would be the only MLS stadium with a fixed roof. Currently, only two MLS franchises will play in retractable roof stadiums and only a handful on artificial turf.

When is a public subsidy not a subsidy?

So what might public involvement for an urban, soccer-specific facility look like, if no doesn’t necessarily mean no?

First, it would look nothing like the subsidies for the Vikings, the Wild or the Twins. Soccer-specific stadiums are not as large or elaborate as those stadiums and arenas. Orlando City, the most recent addition to the MLS, for example, is building a 20,000-seat downtown soccer stadium for $115 million. The public subsidy for the Lowertown ballpark for the St. Paul Saints — the city and state paid for more than two-thirds of the $63 million stadium — is much larger than that of most MLS stadiums across the continent. 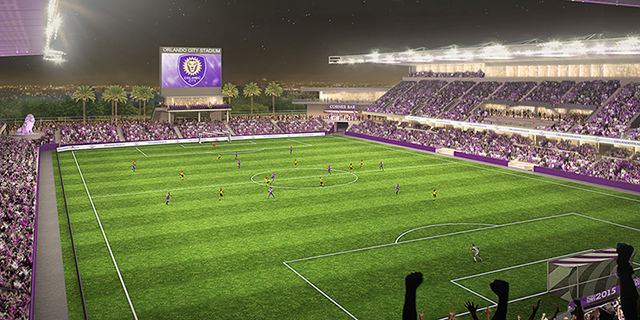 Orlando City SC
Orlando City’s new downtown soccer stadium breaks ground this year and will be open for the first game of the 2016 MLS season.

Speculation around a Minneapolis stadium has focused on a few ideas that could perhaps be configured so as not to be direct subsidies (or at least not to look like direct subsidies). A co-development of the Minneapolis Farmers Market property, for example, could see government picking up the costs of utilities and road reconfiguration, under the theory that it would benefit county properties but also the stadium itself. Even reluctant politicians can often be talked into exempting such projects from sales and property taxes, under the rationale that without the exemption, nothing will be built anyway.

Then there’s the so-called Twins Surplus. The state law that authorized Hennepin County to add a 0.15 percent sales tax for the ballpark is producing more revenue than forecast. Even after the $5 million a year that goes to increasing county library hours, contributing to youth and sports programs and creating a long-term maintenance fund for the ballpark, the tax is collecting more than is needed for its debt service. So far, the county has used the excess to retire some of the $350 million in stadium bonds early. County finance director David Lawless estimates the debt will be retired in 20 years rather than 30 — by 2027 rather than 2037.

Could that revenue be shifted to finance soccer stadium debt? Not without an act of the Minnesota Legislature, it couldn’t. The legislation for Target Field quite clearly states that once the bonds are paid off “the taxes shall terminate and shall not be re-imposed.” But if the law were changed, it wouldn’t be the first time someone invoked “it’s-not-REALLY-a-new-tax” rhetoric to finance a stadium.

Why not other venues?

Presuming they get the go-ahead from MLS, soccer backers led by McGuire (or whomever he hires to help make the case to public and politicians) would face another yet another hurdle: explaining why they couldn’t play in one of the area’s other stadiums.

The Vikings stadium would not be available because the Wilfs were granted exclusive rights to field a soccer team there. But why not TCF Bank Stadium at the University of Minnesota, where last summer’s Guinness Cup games were played? 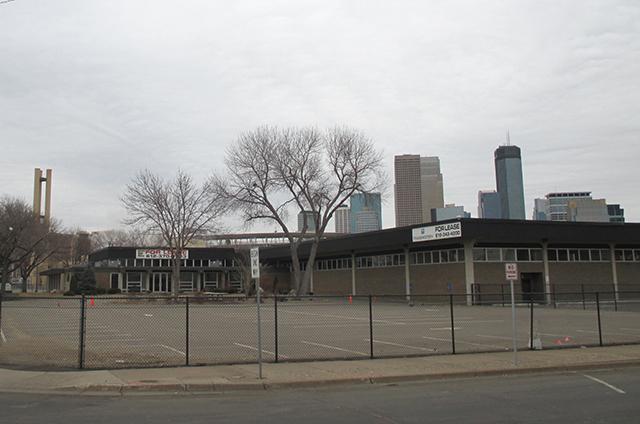 MinnPost photo by Peter Callaghan
Absent a request for tax dollars, politicians local and state may well like the idea of a smaller stadium (20,000 seats or so) in the ripe-for-redevelopment area between Target Field and the Minneapolis Farmers Market.

Schieferdecker admits that such thoughts are considered minutiae by non-fans. But supporters might also ask politicians and the public why just because they are last in line they should be less worthy of public involvement than a pro football team, a college football team, a professional hockey team, a professional basketball team, a Major League baseball team and an independent league baseball team. All of those teams now play in facilities specific to their sport — and all received taxpayer help.

All of this presumes, of course, that McGuire et al. will ask for financial help. If the group doesn’t – if it decides to privately finance the stadium’s construction — then the issue becomes much simpler: one of land-use and infrastructure improvements.

Absent a request for tax dollars, politicians local and state may well like the idea of a smaller stadium (20,000 seats or so) in the ripe-for-redevelopment area between Target Field and the Minneapolis Farmers Market. That location would sit in the crux of the proposed Green Line extension and the proposed Blue Line extension to Brooklyn Park. Hennepin County owns some property in the area it would like to see redeveloped, as do the Pohlads, through their real-estate development division, United Properties.

What isn’t well known, but will be soon, are the idiosyncrasies of the fan base for MLS. Millennials form the core of soccer supporters in hotbeds such as Seattle and Portland. They live in city; they ride transit; they inhabit the coffee shops and craft breweries that mark the revitalization of urban neighborhoods. And they make up a significant portion of the coalition that elects folks like Hodges and even Gov. Mark Dayton. 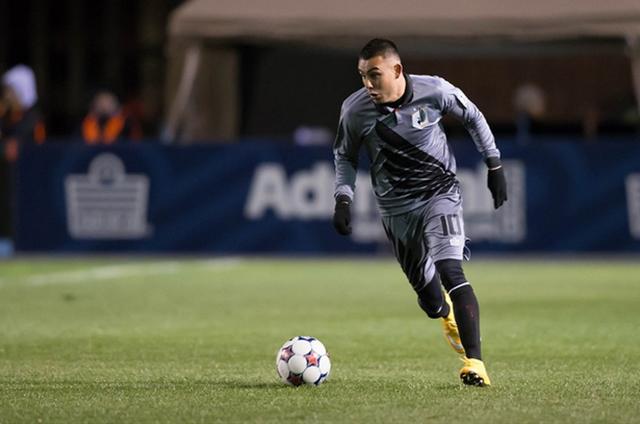 Along with white professionals, suburban families and, increasingly, recent immigrant communities from Africa and Latin America, the soccer fan base is unique, wrote Wes Burdine on Northern Pitch.  “A brand new soccer stadium becomes a meeting space for the precise target of revitalizing and integrating the urban core.”

They are a potentially potent but so far silent constituency. And if McGuire decides he does want a public “partner” in a stadium project, he is certain to try to enlist them with a cry of “Scarves Up.”

How a soccer-specific stadium might get built in Minnesota