AUSTIN, Minn. – When John Brown Bol moved to this city in southeastern Minnesota, his latest home in a life spent in the diaspora, he saw what he had feared the most: fellow Sudanese refugees, people with backgrounds just like his, living on the margins.

“I saw the failure of many families with children – single parents who work at night and are trying to raise four or five kids,” says Bol, himself the father of three.

The solution, Bol remembers thinking, seemed simple: Let’s create a community center where Sudanese youth can spend time together, work on their homework and “learn some things about their culture.” Adults could find support, too, especially those struggling with depression.

Energized, Bol scaled back on his job as an interpreter for the school district and went to work drumming up support for the plan. He visited the mayor, pitched the idea to community groups and even trekked to St. Paul to talk with legislators. Six-foot five, animated and often wearing a suit, he is hard to miss. “Something is going to happen,” he insists.

Nearly a year later, activists are still looking for a building to house such a center, not to mention the money needed to sustain it. Yet the sentiment behind the plan – the search for a sense of belonging and rootedness, a fear of cultural loss – is an achingly familiar one for Minnesota’s refugees.

“When you are displaced and living elsewhere, you often gravitate to what you know. There is security in that,” said Cawo Abdi, an assistant professor of sociology at the University of Minnesota who has studied the African diaspora. Abdi noted that many Sudanese who are now living in Minnesota spent years in refugee camps in Africa. (Bol, himself, lived in camps in Ethiopia and Kenya). Often, one of their first instincts when arriving in the United States is to carve out an identity, she said.

“The thinking is that, ‘There might be only a few of us here, but we need something to define us; to share and transmit our culture and our language; to be distinct in the wider community,’” she said. “That is always important.”

A ‘launching pad’ for newcomers

According to the state demographer’s office, as many as 360 Sudanese live in Mower County, all of them in Austin, a city of 25,000. Most of them have arrived in the last decade or so, refugees from civil war in the Sudan in east Africa that culminated in 2011, when South Sudan declared itself an independent country.

Indeed, a city once identified by its largely white, meatpacking work force has gradually absorbed a mix of ethnicities that also includes Hispanics, Somalis and even a handful of Karen, an ethnic minority from Myanmar, the Southeast Asian country also known as Burma. In the Austin Public Schools, 41 percent of the students are now non-white, according to statistics provided by the district.

Another Sudanese refugee, Austin resident Ojoye Akane, has joined Bol in pressing for a community center, though Akane envisions a place that would serve the entire immigrant and refugee community. “The center shouldn’t only be for Sudanese,” he says. “Other groups should benefit from it, too.”

Recent immigrants and refugees have long been drawn to organizations, in various forms, that can speak to their specific concerns.

In the early 2000s, for instance, when the Somali community was growing to a level of notice in many parts of Minnesota, a handful of elders pressed for a statewide Somali council. It was a novel concept – never realized – that was supposed to have provided a centralized place for Somali debate. 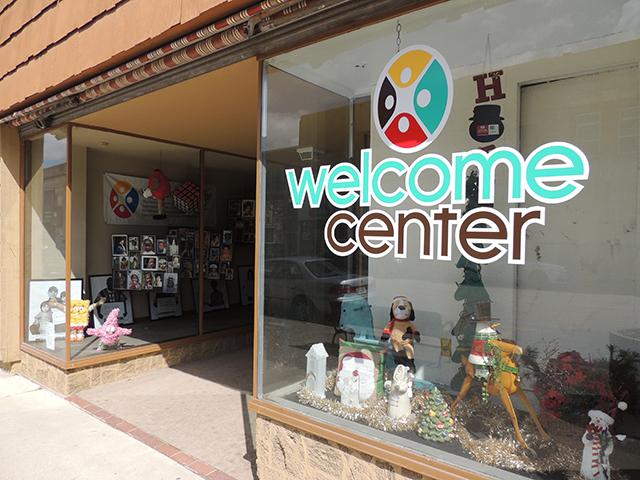 More often, fraternal organizations, such as the Somali Justice Advocacy Center, a longtime agency in St. Paul, act as community centers of sorts, providing a variety of support for refugees. (Indeed, Austin already has a Welcome Center that helps newcomers of all stripes with such sundry tasks as finding a doctor or getting a ride to work.)

Abdi, the University of Minnesota professor, said such groups can serve as a “launching pad” for newcomers, where refugees can confront language barriers and other cultural challenges before they reach the next generation. “They are an absolute necessity for long-term success,” she said.

On a cool April morning at the Welcome Center, located in the city’s downtown core, Bol acknowledged that the prospects for a Sudanese center, at least for the time being, seemed modest. Mayor Tom Stiehm, who appointed Bol and Akane to stints on Austin’s human rights commission, said the city was unlikely to invest public money in a center that catered to just one slice of the populace; participation in some kind of broader center, he noted, might be possible. Also, Bol’s meetings in the offices of state Sen. Dan Sparks and state Rep. Jeanne Poppe, two regional lawmakers, were mostly informational.

Meanwhile, neither Bol nor Akane has approached an obvious potential benefactor: The Hormel Foundation, the philanthropic wing of the locally based international food company, which has provided millions of dollars for a variety of community projects.

Leaning forward, his lanky frame folded into a metal chair, Bol counts the names of the Sudanese tribes that are represented in Austin on his fingers. There are the Nuer (his tribe), the Anuak, the Dinka, the Acholi. Sudanese students could learn about these things if they had a place to gather, he said.

“We could do all sorts of things,” he said, “and people would be able to go from there – to progress toward something positive.”