A month after Minneapolis received an application from CenturyLink to compete with incumbent cable provider Comcast for video and broadband customers, St. Paul is expecting a similar application from the company.

In preparation, the St. Paul City Council has hired legal expertise to guide it through the process, and has created a special committee of city staff to respond to the application. The same resolution set a $40,000 fee for any companies that seek to set up a competitor to Comcast.

Tarek Tomes, director of the office of of Technology and Communications, said CenturyLink has informed the city it will make its application formal by April 24, within the time period set up by the city ordinance. If it does, it will raise the same legal and political questions raised by the application in Minneapolis. Additional cable franchise authorizers in the region are either in the midst of or anticipating similar applications — and similar disputes.

Tomes said the process set up by the city council explains to potential applicants how to “knock on that door.” The city wants additional cable providers, he said. “We recognize that choice is a good thing for consumers and residents of St. Paul.”

Having more than one source for cable video services has driven down rates in the cities where competition exists. But there is an apparent conflict between state law and federal law as to how that can happen. And there is a lack of legal clarity over whether federal rules promoting cable competition preempt state and local laws that make that competition difficult. State law says that any competitor must meet the same rules and expectations as the traditional cable provider. The most-contentious of those rules are so-called build-out requirements, which demand that new providers offer services across the city within five years.

CenturyLink, with the apparent backing of several recent Federal Communications Commission rulings, argues that such requirements make it financially difficult — perhaps impossible — for competitors to build a rival system. Instead, CenturyLink proposes offering service to about 30 percent of Minneapolis, with expansion being mandated once it gains a set share of the market.

In its 2011 “State of the Cable Industry” report, the FCC credited the movement of some traditional telephone companies into video services with increasing choices for consumers. “Since 2005, the entry and extension of video delivery systems by AT&T, Verizon and CenturyLink may have had the most significant impact on competition,” the FCC report stated.

The agency’s 2007 order on cable competition highlighted build-out laws on the state and local level as impediments to competition: “Forcing new entrants to agree up front to build out an entire franchise area too quickly may be tantamount to forcing them out of — or precluding their entry into — the business,” the order stated.

Yet Minnesota state law is specific, mandating that construction of a system throughout an authorized franchise area must be “substantially completed” within five years.

This requirement for a “level playing field” has been stressed by Comcast, not surprisingly, which has used the issue to resist CenturyLink’s expansion onto its turf in other cities. Comcast’s argument — that a provider not obligated to serve an entire city could “cherry pick” neighborhoods and leave poorer residents behind — has resonated with some on the Minneapolis City Council. 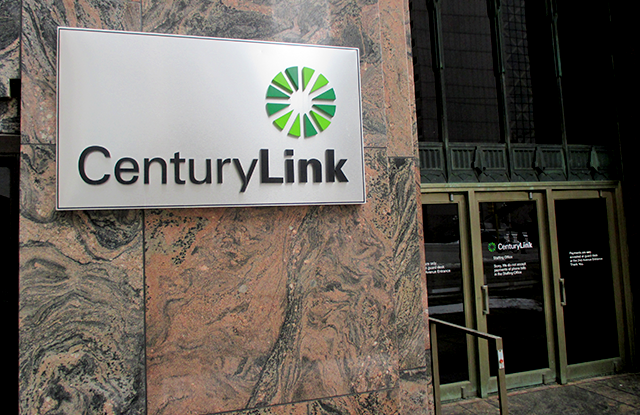 MinnPost photo by Peter Callaghan
CenturyLink has informed the city it will make its application formal by April 24.

Minneapolis city staff is in the midst of negotiating a franchise agreement with CenturyLink. Staff has said it will try to come up with rules that meet the federal requirement for more competition — and that also meet the state requirement for fair treatment between incumbent providers and new challengers.

The issue is further complicated by Comcast’s decision to spin off its cable operations in the region to a new company GreatLand Connections — a requirement of its on-going merger with Time-Warner. St. Paul’s recent 10-year extension with Comcast, which settled fee and service disputes between the two, provides for the ownership transfer. That new agreement also contains language that anticipates CenturyLink’s application. In a section titled “Competitive Equity,” the agreement lays out a process for Comcast to request that its agreement be amended to reflect more-generous terms given to a new competitor.

But it also exempts St. Paul from having to follow these so-called most-favored-nation provisions if the city is “ordered or required to issue a franchise on different terms and conditions.” That would come into play should CenturyLink sue to force less-stringent build out rules in any new agreement.

If all that isn’t complicated enough, in St. Paul there’s an additional twist. Comcast’s regional vice president for government affairs is Emmett Coleman, also known as the brother of St. Paul Mayor Chris Coleman. Tonya Tennessen, the mayor’s communications director, said Tomes and his committee has led the negotiations on a Comcast franchise extension and will do the same with any CenturyLink application.

The cable war is coming to St. Paul