A new parental leave policy for the city of Minneapolis will make it the latest local government to offer its workers paid leave for birth mothers and spouses.

Set aside the oh-so-Minneapolis-government policy language that transforms the miracle of birth or the adoption of a child into a “qualifying event” — as in, mothers and spouses become eligible for the benefit following a “qualifying event.” Those qualifiers will get three weeks of paid leave under a policy approved by the city’s executive committee Wednesday. It now goes to the full council for its expected approval next week.

A staff report estimated that about 90 city employees a year will take advantage of parental leave. An amendment offered by Mayor Betsy Hodges, who is the chair of the executive committee, would make the policy retroactive to Jan. 1, which would cover 14 employees who had or are expecting to deliver or adopt a child before the previous proposed start date for the policy of July 1.

Employees can, but aren’t required to, take any accrued sick leave as part of their parental leave. New employees, however, are less likely to have accumulated much leave, so the new policy is especially important to them, said City Coordinator Spencer Cronk.

When Hennepin County adopted the plan in March, commissioners were told that according to numbers collected by the National Partnership for Women and Families, 12 percent of employees nationally have some parental leave benefit. Sixty-five percent of newly hired county employees are between 20 and 39. 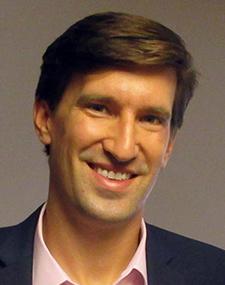 As with the other governments, supporters of the added benefit in Minneapolis said it is not only the right thing to do for parents and kids, but a tool for recruiting and retaining workers — especially younger applicants who are beginning to see similar benefits in private-sector jobs. Minneapolis is anticipating having to replace 10 percent of its staff annually, mostly because of accelerated retirements among baby boomer employees.

Also as with the other governments, estimating the cost to the city isn’t easy. The average weekly pay and benefits for a city of Minneapolis worker is $1,800, so three weeks of paid leave is worth $5,400. But deputy finance officer Sandra Christensen said that figure presumes that the city hires temporary workers or pays overtime for all of the missing employees hours, something unlikely to happen. While there could be such costs, it is also likely that other employees will help pick up the work that would have been done by the employee on leave.

Hodges, who included a call for parental leave in her state of the city speech earlier this month, said she has employees who will take leave this year. “As a manager, this is a relevant topic, facing the prospect of having to hire someone to do some work and also facing the prospect of having people backfill some work. I know how there are challenges to managers in doing this,” Hodges said. “But there are ways to manage through it, and I also know the benefit it provides employees.”

Hodges said she has received calls from the White House and the U.S. Department of Labor congratulating the city for the new policy. During the U.S. Conference of Mayors meeting in January, both Hodges and St. Paul Mayor Chris Coleman took part in a White House meeting on “Expanding Paid Sick Leave and Minimum Wage Efforts to Better Support Working Families.”

One member of the executive committee said he thinks the leave policy should be more generous. Council Member Cam Gordon said he would like the council to consider expanding it to six weeks. That’s what the University of Minnesota provides for faculty, though university staff receive two weeks.

“It’s a once-in-a-lifetime experience, certainly for the baby and the parents at home,” Gordon said. “It can do so much for that relationship.”