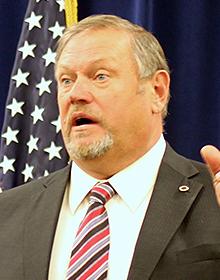 With just a few weeks left in the legislative session, Minnesota Senate Majority Leader Tom Bakk has started to divide the big proposals still left on the table into two categories: those that lawmakers must do and those that would be “nice to do.”

In the must-do category is passing a $40 billion budget for the next two years, which lawmakers are constitutionally required to do by July 1. In the latter category: DFL Gov. Mark Dayton’s and Senate Democrats’ 10-year, $11 billion transportation bill and gas tax increase, as well as the House Republican-backed package of more than $2 billion in tax cuts.

But if neither of those “nice to do” bills pass this year, the Senate majority leader said, “the world is going to go on.”

Welcome to the world of end-of-session political maneuvering. Based on Bakk’s dismissive tone, and the contentious party-line battles that inevitably heat up in the waning days of session, those “nice to do” bills are sounding less likely to reach the finish line. But neither side wants to walk away from the session without accomplishing their top priorities, and Bakk isn’t new to the game. Corralling the votes for Democrats’ plan to raise the sales tax on gasoline at the wholesale level hasn’t been easy, and dangling the prospect of no tax bill at all could, in theory, help sway some GOP votes for transportation — or move other concessions into a budget deal.

Republican House Speaker Kurt Daudt says Democrats are just trying to walk into the final weeks of negotiations with a strong budget position. Compromise can be reached yet on the two-year budget, a tax package and a transportation bill that doesn’t raise gas taxes, he said.

“If the Democrats, on top of spending every dime that is available of current resources, feel that to solve a basic function of state government that they need to raise a gas tax on Minnesotans in this economy, I would really question whether they are in touch with where Minnesotans are at,” Daudt said. “Obviously, they are trying to come into negotiations with a strong budget position, but I’m not sure they have much of a leg to stand on with this issue.”

‘Clock keeps ticking’ on the budget

The divided House and Senate are in the process of passing all their major budget bills off the chamber floors so they can head into conference committees the first week of May. That’s where the major differences between the bills must be negotiated between both chambers. Lawmakers are constitutionally required to adjourn by May 18.

But even within the state’s massive two-year budget on the line and a nearly $2 billion budget surplus, there are a lot of issues that divide the two parties. 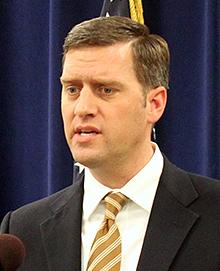 At the front end of the debate, Republicans and Democrats can’t even agree on what the “base” for the 2016-2017 budget should be. House Republicans have proposed a $39.9 billion budget, only slightly larger than the state’s $39.3 billion budget over the last two years. But Democrats are working off a base projected by the state’s budgeting agency, which says the costs of all current state programs will go up to $41.1 billion for the next two years.

Settling on final targets for each area of the state budget is the first thing Bakk and Daudt must figure out. But within those budget divisions are major policy roadblocks. In health and human services, Republicans want to cut $1 billion from the budget and dismantle MinnesotaCare, a program that’s targeted at low-income, working Minnesotans who make too much to qualify for Medicaid but aren’t offered a plan through work or can’t afford one on their own.

Bakk says that proposal is a nonstarter for Senate Democrats. “If anyone wants to question our sincerity in doing that, they just have to look back at the 2005 session,” he said. “The Republican governor and the Republican House, that’s what they wanted to do, well the Democratic Senate said no and we had to shutdown state government over it. I don’t think they should think we are not serious about that.”

DFL Gov. Mark Dayton has doled out equally harsh criticism of Republican plans to take down MinnesotaCare, and he wants far more money pumped into education in the next budget. House Republicans passed their education bill early Saturday evening, which spends $157 million more over the next two years. Dayton has proposed spending nearly $700 million out of the budget surplus in education, much of it on his signature universal pre-kindergarten proposal.

“There’s time remaining, but the health and human services bill, like the education bill, they aren’t even in the same ball field that we are on in terms of getting into any kind of meaningful discussions,” a frustrated Dayton said last week. By law, his budget has been out for months, and he said he was concerned legislators hadn’t made enough meaningful progress with little time left in session.

“We are a very long way from resolution — the clock keeps ticking,” he said. “I realize the bills are progressing through the various phases, but on so many of the key ones we remain so far away from one another.”

Navigating the ‘nice to do’

Even on the “nice to do” bills, Dayton and Bakk had some harsh criticisms for Republicans’ tax proposal last week, which aims to cut $2 billion in taxes by phasing out things like the state income tax on Social Security, the statewide business property tax, and creating a state personal exemption to match the one at the federal level, among other things. Dayton said tax relief should be aimed at middle class families in the bill, but the personal exemption phases out after a few years. 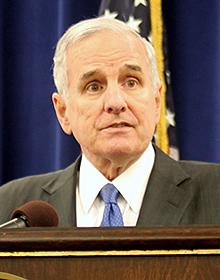 Bakk, who has been equally critical of the Republicans tax cut proposal, and the future budget gaps it could create, understands the proposal could be a critical leveraging tool going forward. “I just sense the House wants a tax bill,” he said.

That could help Democrats move forward a few of their own “nice to do” bills. That includes their transportation bill, but Senate Democrats also want to see at least some money put into the state’s budget reserve, even though it’s not required by law. Their current budget puts $250 million into the rainy day fund as a buffer against future deficits, something Bakk said they “owe to the next Legislature.” On top of all that, Dayton has proposed an $850 million bonding bill this session.

Daudt confirmed that tax cuts are critical for Republicans, but he’s also walking into the final weeks of the session saying lawmakers can do it all. In addition to tax cuts, he also wants Democrats to jump on board with the House GOP’s $7 billion transportation plan, which spends some money out of the surplus and moves other resources around to pay for road and bridge projects over the next decade.

Daudt says that the presence of a surplus means that “our responsibility is to come down here, roll up our sleeves and make sure we don’t collect too much [tax money] from Minnesotans. Leaving some money in their pocket is what gave us this surplus in the first place, or a big portion of it.”