The comment was delivered in an almost off-handed manner, at the end of a two-hour panel discussion on the future of professional soccer in the Twin Cities.

Nick Rogers, the president of Minnesota United, the organization awarded an expansion franchise in Major League Soccer, was summarizing the reasons why Minneapolis would benefit from having the team and a stadium in the city when he touched on what would happen if the owners failed to make their case.

“Minneapolis might say to us, ‘We don’t want you here.’ And then we’ll have to assess our options and figure out where is there a community that wants us,” Rogers said. “That’s important. It’s important that the community wants us to be there.”

Those who have been witness to previous stadium/arena wars both locally and nationally know the threat to go elsewhere — to deny teams to cities that balk at tax breaks and other subsidies — is a common tactic.

But in this case, the owners have limited options. They have franchise rights for the Twin Cities only. If they fail to build a new stadium, they would lose the franchise and Major League Soccer would instead award one to owners in another city.

All of which brings up the question: Was United threatening to find another community in the metro that would be willing to grant the tax breaks the team wants to pay for a new stadium?

An attempt to follow up with Rogers ended with a terse comment from team spokesman Eric Durkee: “Nick said he has no elaboration to his comment made last week.”

Minneapolis Council Member Jacob Frey has been one of the prime players in trying to find a way to make the soccer stadium work. Mayor Betsy Hodges has expressed opposition — not only to taxpayer involvement, but to a soccer-specific stadium for reasons that go beyond the subsidies. But Frey said many on the council are trying to find a solution.

“I think the people on the council are generally open to negotiating and many recognize the value of bringing a sport with great millennial and multicultural interest,” Frey said.

Frey has already gotten the owners to agree to several major changes from their initial proposal that had the team paying all costs of land and construction, but the city and state agreeing not to charge sales taxes on construction materials and to make the finished project not subject to property taxes.

Frey said the owners now agree to keep paying the current taxes collected on the property,  located west of Target Field; to support expansion of the downtown liquor and restaurant sales tax to the stadium site; to commit to a program of minority and community hiring; to build the facility to LEED certification standards; and to create a youth coaching and mentorship program. 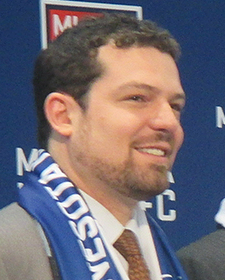 Throughout his conversations with team officials, Frey said that he was never told or warned that the team would look elsewhere in the metro for a stadium site if it could not reach a deal with Minneapolis.

Still, the remark Rogers gave during a 9th Ward forum on May 19 gave oxygen to a rumor that had been surfacing over the previous weeks, that a frustrated ownership group, led by former United HealthCare CEO Bill McGuire, was considering St. Paul as a host. St. Paul would be the primary alternative since unlike suburban sites, such as the team’s present home in Blaine, the city meets the prime criteria for a successful MLS stadium. Those stadiums have downtown or near-downtown stadiums in places with a ready supply of the dominant fan base for pro soccer — millennials and immigrant communities from soccer-playing nations.

One site that kept coming up was the former Metro Transit bus barn on Snelling Avenue near University. It isn’t exactly downtown, but it is on the current Green Line LRT and the upcoming Snelling bus rapid transit line. Yet the site is owned by the Met Council, and council Chairman Adam Duininck said a few weeks ago that he was not aware of any conversations between council staff and Minnesota United about the site.

The other entity that might have property, or would at least be involved because of its commercial/industrial real estate acumen, is the Saint Paul Port Authority. But again, no contacts have been made, according to Lee Krueger, senior vice president for real estate and development. “I have not been part of any meetings concerning a soccer stadium in St. Paul and I know that none of the sites that we own would work, either due to location or size,” Krueger said via e-mail.

Since little goes on in St. Paul without Mayor Chris Coleman knowing about it, and since soccer would be a perfect fit for his efforts to make the city attractive to millennials, the question was posed to him through a spokesperson: Has the city been approached by the team or others about working on a soccer stadium plan? 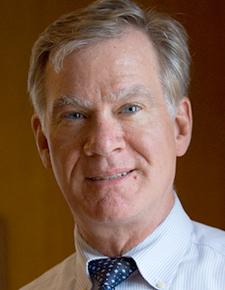 “The mayor is not interested in interfering with conversations currently underway in Minneapolis,” wrote Tonya Tennessen, his communications director.

But has he been asked to interfere in those conversations?

St. Paul Council President Russ Stark said he too had heard rumors that the soccer group was frustrated with Minneapolis and was looking eastward. But he too hadn’t heard anything specific, and said he has not spoken to anyone associated with the team about a St. Paul location.

At least one St. Paul elected official is less reticent. Council Member Chris Tolbert said he has been thinking about the topic while watching the controversy in Minneapolis. He too knows nothing about actual approaches from owners. But if they did, he would be willing to listen.

“I think it would be great for St. Paul,” Tolbert said.

There is always the possibility that cryptic comments by team owners about looking for other sites, in other communities, is intended to plant the notion in the minds of Minneapolis officials that they’re not the only game in town. And in a region with two large cities side-by-side, losing out to the other can still be a potent threat, regardless of the present mantra by the mayors that the rivalry is over.

It’s possible St. Paul is being used as a bargaining chip without even knowing it’s in the game.

Update: The original version of this story may have suggested that Council Member Jacob Frey described the nature and breadth of Mayor Betsy Hodge’s opposition to the stadium. While Frey noted her opposition, he didn’t detail her reasoning.