Turns out that bagpipes may have more power than business lobbyists.

The House Commerce and Regulatory Reform committee Monday morning unanimously passed a bill being advocated by Minnesota firefighters that would prohibit the use of four flame-retardant chemicals used in upholstered furniture.

This was a bill that was not going to get a hearing in the Republican controlled House until a couple of things happened: First, in a demonstration of just how toxic these so-called retardant chemicals can be, a group of firefighters lit up a couch filled with retardants at a test site, and (smartly) invited the media to observe. Heavy, black smoke billowed out of the test site, looking as if a bomb had exploded, and the spectacle got heavy TV play. Then, at a rally in support of the bill outside the House chamber a week ago, a bagpiper joined firefighters and played away, at least until the piper was ordered by House security to stop.

Rep. Joe Atkins, DFL-Inver Grove Heights, said he “teared up’’ hearing the bagpiper. He raised the issue of getting the retardant bill, which already had whisked through the Senate on a 59-2 vote, moving through the House.

On his first try, eight days ago, his effort failed. But he told GOP leaders that he planned to keep raising the issue on the floor until GOP leadership relented and started action on the bill. Leadership did bend, though it wanted a compromise from the tough Senate bill that would have banned 10 chemicals from most household products.

So firefighters and the bill’s sponsor — Rep. Jeff Howe, a Rockville Republican and a retired firefighter — along with representatives from the chemical industry gathered and hit on a compromise: Six of the 10 chemicals banned in the Senate bill were removed from the House version, as were provisions that extended the ban to such products as carpeting and beds. Now the bill appears to have a good chance of passage.

Howe and the firefighters are disappointed in what the House has ended up with. But, they note, you’ve got to go with what you can pass. “The bill doesn’t go far enough, but we’re moving the ball down the field,’’ said Chris Parsons, president of the Minnesota Firefighters Association. “We will be back for more.’’

A ‘toxic soup’ of chemicals

Howe himself represents how attitudes on these so-called retardants has changed in recent years. Howe recalls the time when he urged usage of the products as household safety measures.

“I used to fight for this stuff,” Howe said after the morning hearing. “I was a believer. But when you go to visit colleagues in a hospital and they’re on their death beds and they tell you they think it was the toxins [in the chemicals] that put them there, you change your thinking.”

Are the chemicals actually “retarding” a fire?  Firefighters say statistics show that the retardants add just three seconds to “escape” time from a house fire. And, they say, studies show the retardants actually add to a fire’s heat, which is much higher than the heat of a 1950s fire. 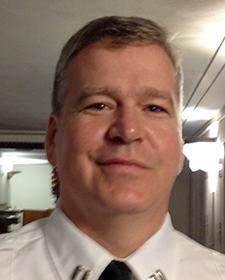 Proponents of the measure brought in a range of witnesses to testify before the 20-member Commerce committee, ranging from a scientist conducting national studies, to a St. Paul fire captain, Steve Shapira, of St. Paul, who was diagnosed with lymphoma 14 months ago. It was a powerful combination.

Susan Shaw, founder of the Marine Environmental Research Institute in Albany, Maine, had scores of charts showing how the rate of some cancers among firefighters is almost double that of the population as a whole. Those rates have been skyrocketing since the introduction of the retardants, which Shaw described as “a toxic soup” of chemicals that are inhaled, ingested and absorbed by firefighters when suppressing a fire.

In fact, no longer are burns and heart attacks the leading cause of death among firefighters. Now, it’s cancer, which firefighters are contracting at a younger age than the population as a whole.

Shapira, who was a St. Paul firefighter for 17 years, followed Shaw’s testimony with his own story. He was diagnosed with lymphatic cancer and told he has a 58 per cent chance of survival.

(As a side note, the city of St. Paul has turned down Shapira’s efforts to receive disability payments, saying that it’s just as likely that he could have contracted the cancer even had he not been a firefighter. Shaw’s statistics, though, indicate that Shapira’s profession both increased the likelihood of his contracting cancer — and the likelihood that he’d get it at a younger age. Shapira is 46.)

There were tepid efforts to reject the testimony of Shaw and Shapira. The state’s Chamber of Commerce stated the bill is “the most restrictive” we’ve seen, essentially saying more study is needed. Scientists with the American Chemistry Council, lobbying arm of the chemical industry, also seemed to suggest that more study is needed on the issue, and that the contemporary construction methods for homes and offices may be the source of the hotter fires and create the toxic woes that are leading to cancers among firefighters.

By Monday, Republican House members, who were so uninterested in dealing with the bill only a few days ago, had changed course, and didn’t show much interest in supporting the industry, though Rep. Sarah Anderson, R-Plymouth, did put up a bit of fight.

“When wood is burning does that release carcinogens?” she asked.

“Should we be concerned that five years from now, you’ll be back telling us we can’t build with wood or concrete?”

It’s clear that firefighters will be back as soon as next session to get a more comprehensive bill, a bill similar to that passed so easily in the Senate. And they believe they’ll have more data to support the need to prohibit a longer list of chemicals. Included in the House bill is the requirement of a study to determine the relationship between the chemicals and cancer.

In the end, the committee voted, without dissent, to move a bill that was once going nowhere — until a bagpiper played.

How bagpipes (and a flaming couch) moved the Minnesota Legislature