The warning, delivered during a legislative hearing this April, was dire: If the state ended a subsidy for a solar company’s economic development project on the Iron Range, the operation would go out of business, killing jobs in the struggling region.

After years of state help and millions of dollars in loans, however, Silicon Energy of Mountain Iron hasn’t come close to hitting the job creation targets it laid out four years ago. Today, the company has 11 employees, less than half the workforce it originally predicted.

Now, a bill that passed the House would curb the state subsidies and other perks for solar panels made by Silicon Energy and other state firms. The action is expected to face opposition in the Senate, where DFLers — many of whom have received campaign donations from the company’s California backers — have argued that the state’s support is good energy policy.

To others, though, Silicon Energy’s experience in Minnesota offers a cautionary tale, a lesson on the shortcomings of government economic development efforts tied to untested alternative energy projects.

“This was super high risk,” said Art Rolnick, a senior fellow at the Humphrey School of Public Affairs and former director of research at the Federal Reserve Bank of Minneapolis.  “Generally speaking, this is not good public policy.”

Five years ago, Silicon Energy was a leading voice in efforts at the Capitol to gain preferential treatment for solar panels produced in Minnesota. The push for a “Made in Minnesota” solar mandate got a boost from Iron Range legislators in 2010, when lawmakers from the region managed to secure state subsidies that were critical to Silicon Energy deciding to open its Mountain Iron plant in 2011.

Among other things, those perks included an indirect state subsidy for solar panel manufacturers, which reduced the rates that consumers would pay on electricity generated from panels made in Minnesota.

Silicon Energy also benefited from $5.1 million in loans from the Iron Range Resources and Rehabilitation Board (IRRRB), a state-sponsored agency that uses taconite taxes to fund job creation projects. At the time, the company said it hoped the project would create up to 25 jobs.

Things did not go smoothly. The company fell behind on one loan, requiring an extension in the fall of 2012. And its job targets proved elusive, even after the subsidy program was expanded in 2013 to require the state to buy Minnesota panels if possible when installing solar in government buildings. Then, in the spring of 2014, a defect in some of Silicon Energy’s newer solar panels forced a long production shutdown, leading to layoffs at the Mountain Iron factory.

In December of 2014, the company got another loan from the IRRRB — for $1.95 million — to produce a new line of solar panels.

At the state capitol, though, some legislators have had enough. 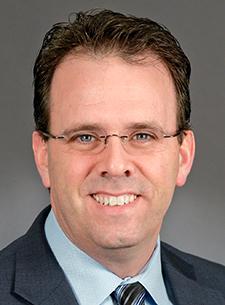 The latest effort to curb solar perks was advanced this spring by Rep. Pat Garofalo, R-Farmington, who argues that utilities should decide if other forms of alternative energy – such as wind power – are cheaper or otherwise better than solar. “The Made in Minnesota solar program is a very expensive way to reduce pollution and create jobs,” Garofalo said in an interview this week.

Silicon Energy president Gary Shaver blames competition from low-cost solar panels subsidized by the Chinese for torpedoing the Mountain Iron plant after it opened in 2011, saying the imports “destroyed the market for us.”

Shaver also said that without the preferences for the solar industry in Minnesota — which reduce the cost of solar panels for consumers, making them more affordable — “there’s no reason to stay in Minnesota … We moved to Minnesota entirely based on that.”

Campaign cash and the ‘rules of the game’

The experience of Silicon Energy also illustrates how a company’s leaders will spend money on the campaigns of legislators whose support they need.

Southern California backers or associates of Silicon Energy and their relatives have given at least $24,000 in campaign contributions to Minnesota politicians in recent years, according to records of the state’s Campaign Finance and Public Disclosure Board. Nearly all of the money went to DFLers, much of it to lawmakers from the Iron Range. The DFL Senate Caucus got $5,000, and the DFL House Caucus received $1,450, while Gov. Mark Dayton got $3,000 from Jong Limb, president and founder of Newport Partners in Irvine, California, which owns Silicon Energy. Nearly half of all the contributions came during the runup to the November 2014 election. 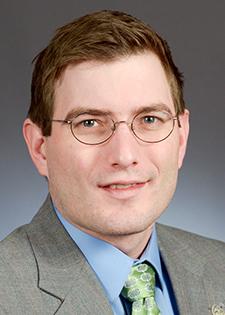 Rep. Jason Metsa, DFL-Virginia, who represents Mountain Iron, got $2,500 in recent years from Silicon Energy interests. He said the contributions didn’t influence his decision to support the Made in Minnesota preferences. “I appreciate anyone who is willing to make a campaign donation,” he said. “But there shouldn’t be expectations on either side of what that means… I haven’t met one person on either side of the aisle in the House who I think $2,500 would influence in terms of, ‘We’re going to give you a donation, so now we want you to vote this way.’”

Metsa also said that ending the subsidies now would be unfair to Silicon Energy. “This has been something that company built its business model around,” he said. “It would be pretty devastating for them to have it go away.  They’re just getting a foothold.”

And subsidizing the company is a risk worth taking given the shortage of business alternatives on the Iron Range, said one specialist on regional economics. “It’s small, it’s promising,” said Ann Markusen, a professor emerita at the Humphrey School. She called the subsidies “an example of the kind of innovative bet that the state should take.

But Rolnick doesn’t think the state should be in the business of picking winners and losers when it comes to private companies.  “If it’s low risk, it probably would have happened anyway,” he says. “If it’s high risk, it probably shouldn’t happen.”