On May 18, the last day of the 2015 legislative session, Gov. Mark Dayton wasn’t around the Capitol to see if legislators would manage to pass all their budget bills on time.

Instead, he watched the chaotic resolution on YouTube: With less than a minute and a half to go, Republican House Speaker Kurt Daudt brought up a budget bill on the House floor to fund jobs programs, which had been delayed in the Senate. Daudt hurriedly put the package up for a vote, despite screams on the floor from Democrats in the minority, who said they were just seeing the 90-plus-page bill for the first time. Nonetheless, the bill was passed with half the chamber still standing and screaming and with seconds to go before the clock struck midnight.

After watching the clip online, the DFL governor didn’t gripe about the hurried process he saw or complain about lack of transparency for the public. He simply shrugged. “I’ve seen worse.”

He probably has. Dayton’s been in government for a long time, and like many with years of experience in Minnesota politics, he know that chaos is commonplace at the end of most legislative sessions. Some even defend the tumult, arguing that democracy, even with all its rules and procedures, is a reflection of the public. It was not designed to be neat and tidy.

But some veteran legislators thought the final days of the 2015 session were particularly bad for Minnesotans trying to follow their state’s lawmaking process. A last-minute budget deal, hatched in behind-closed-door meetings, pushed most work to the final weekend of session. Much of the work was done in the dead of the night, and the hurried process left errors in some bills. Other proposals simply ran out of time as the budget logjam clogged up the process. Of the more than 2,000 bills introduced in each chamber this session, only 77 were signed into law, the lowest number since statehood. Legislators are still cleaning up some of the mess now, awaiting a special session after Dayton vetoed three budget bills.

Some rank-and-file legislators are calling for more transparency in the upcoming special session. Others are asking a more fundamental question: is there’s a better way to run state government?

“The end-of-session deadline is written in our Constitution; it has been around for 157 years. We knew this was coming. This deadline didn’t sneak up on us,” said Sen. Carla Nelson, R-Rochester. “I started asking: Why? There has to be a better way.”

Nelson is right: The number of days the Minnesota Legislature is in session every two years is written into the state’s Constitution. But legislators in the majority create the rules they must follow every day to meet the deadline. 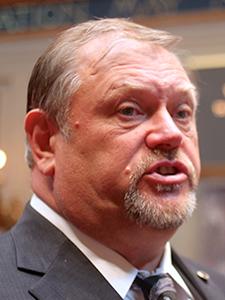 In budget-making years, that includes deadlines for both policy and finance bills to pass certain committees, as well as an initial deadline to set budget targets for each department in state government. There are separate rules that govern decorum on the House and Senate floors, anything from the Senate’s now-famous rule to only look at the chamber’s president when speaking to avoid flaring tempers to a rarely used rule to cut off rambling debate on the House floor. They are designed to help keep the process fluid and transparent, but legislators can break or bend any of their own rules, and often do.

The budget was particularly late this year because it took legislative leaders so long to reach a basic agreement on it. Daudt and Senate Majority Leader Tom Bakk announced the framework for the deal on a Friday evening, leaving lawmakers and staff with just over 72 hours to process all the major budget bills, pass them out of committee and put them up for votes on the House and Senate floors. The delay meant others were amended and changed in committees in the middle of the night and passed in hurried, marathon floor sessions.

Some provisions in the final budget bills were added at the last minute. A prime example is a proposal that allows counties to bypass the state auditor’s office and seek private companies to do annual audits. Dayton, a former state auditor, signed the bill that included the provision, but he’s now willing to hold up a special session until legislators agree to undo the change.

Nelson thinks adding a new budget deadline to the mix would help. She wants legislative leaders to require themselves to come up with a final budget deal two weeks before the end of session. That would give lawmakers enough time to carefully comb through the final bills in conference committees, vet complaints from the governor, and allow time for the public to testify.

“It happens no matter who is holding the gavel, it seems, and the losers are Minnesotans. We lose transparency when things are rammed through at the end of session. We don’t have time to digest the bills,” Nelson said. “It’s just really incomprehensible.”

The process has long been a source of frustration for Rep. Gene Pelowski, DFL-Winona, a retired high school history and civics teacher. As chair of the State Government Operations Committee in 2008, Pelowski drafted a report recommending a series of changes that could help speed up the process.

“We need to be careful about what we are doing with these budget bills, because the impact can ripple across the entire state,” he said. “These are rules we impose on ourselves and we impose them on ourselves with the understanding that they are in the best interest of our state. There are better ways to do this, and all we have to do is adopt new rules and abide by them.”

The abiding part may be easier said than done. While a politically divided Legislature this session certainly led to some of the delays, sessions didn’t end much more smoothly under an all-DFL-controlled government two years ago. The big problem is personalities: There’s the governor, four top legislative leaders and of all the other 197 rank-and-file legislators, a cast of characters that changes every two years. 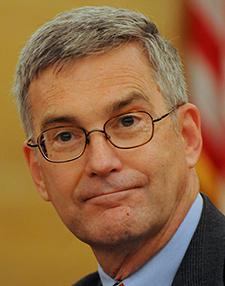 “You can’t change the process unless you can change human nature,” said Rep. Sarah Anderson, R-Plymouth, the Republican chairwoman of the State Government Finance and Regulatory Reform Committee. “You have all Type A personalities, and 201 of them.”

“Like any deadline, it depends on human beings to abide by them. I don’t think you are ever going to get away from some of the last-minute maneuvering. There will always be pressure to hold off to try and leverage some deals,” said Senate Minority Leader David Hann, R-Eden Prairie. “It may help if you put some kind of deadline on that, but it’s sort of like when people will set their clock ahead an hour. It never works, because then you know you set your clock ahead an hour.”

Brenda Erickson, a former Minnesota legislative staffer and a senior analyst at the National Conference of State Legislatures, has spent much of her career looking at how different statehouses manage their flow of business. Her conclusion: Messy sessions will probably never change because legislatures should be a reflection of the public.