In a way, the Citizens’ Board of the Minnesota Pollution Control Agency voted itself out of existence months ago. Last August, six members of the board had the audacity to order that a corporate farm operation go through an environmental impact study before building a facility for upwards of 9,000 dairy cattle.

The company, Riverview LLP, the state’s largest milk producer, responded by saying it would not go through the costly environmental process; the plan for the dairy operation in Stevens County was put on hold.

But it was the Citizens’ Board that took the harder hit. By saying “no” to Riverview, the board had said “no” to big ag.

In the Minnesota Legislature, it’s an unpopular thing to say no to big ag. Republican lawmakers, with approving nods from DFLers from the Iron Range, were angered by the board’s independence and quietly went about the business of writing the Citizens’ Board out of existence in the environment-agriculture budget bill. Though Gov. Mark Dayton vetoed the bill, he has indicated, in the name of compromise, he will accept the language that eliminates the board in exchange for changes in other parts of the bill.

“There were no hearings on this,” said Steve Morse, who is a former legislator, a former high-ranking official in the Department of Natural Resources and who now is the head of the Minnesota Environmental Partnership. “As far as I can tell, there was no case ever made for why this should happen. If it does happen, it’s a happy day for those who pollute.”

For his part, Dayton hasn’t been clear as to why he’s willing to let the Citizens’ Board disappear from the public arena with little more than a whimper. But in fairness to Dayton, few seem to be making a big issue of the erasure of a unique body that has been around since the MPCA was created, in 1967.

Grant Merritt, who was the second director of the MPCA, said part of the reason there’s not a greater  uproar surrounding Dayton’s apparent decision to let the board die is that the board’s structure has long since been changed — and weakened. Under Gov. Arne Carlson, a business-friendly MPCA commissioner, Charlie Williams,  worked with the Legislature to limit the power of the board in a number of ways, including making the MPCA commissioner the chairman of the board.

“Originally,” Merritt said, “the board elected its own chairman. It was created to be the policy-making body of the agency. The original structure was brilliant. Sen. Gordon Rosenmeier (who caucused as a conservative) had it structured so that the hot environmental issues of the day came through the board. That hasn’t happened since Carlson made the changes.”

Rather than being at the head of the line in the process, the board ended up at the back. It was to approve — and on rare occasions  reject — recommendations made by MPCA staff.

That’s what happened last August 26. MPCA staff recommended to the board that Riverview be granted a permit to go ahead with its dairy project without an environmental impact statement. It should be noted Riverview, with huge operations around the state, has received high marks from the MPCA for its environmental performance.

But the Citizens’ Board listened closely as people from the region of the proposed dairy testified about their concerns about the project. What would be the impact on water and air, they wondered. What would the impact of large numbers of dairy trucks be to air quality, roads and safety? Many expressed concern that property values in the areas surrounding the proposed operation would plummet, that families would leave.

“There has to be a human element in all of this,” said Dennis Jensen, a Duluth resident who was appointed to the Citizens’ Board by Carlson. “We listened to homeowners and other residents and their concerns made sense. This was going to have an impact on their lives.”

The board voted 6-1 to require the environmental impact study. But such studies are expensive and cumbersome and, since the recession of 2008, most large companies have discovered it’s easier to bully than study. “We’ll take our jobs elsewhere” has become the standard approach to countering state regulations and would-be regulators.

Of course, no politician will say that big business is more important than a livable environment. But pols can say that economic factors must be part of the quality-of-life equation. And many, including Rep. Denny McNamara, R-Hastings, chairman of the Environmental and Natural Resources Policy and Finance Committee, say the work of the Citizens’ Board is no longer needed. McNamara says that board merely gets in the way of the great work being done by agency “scientists.”

The idea that the citizens of the board are in no position to question the “science” of the MPCA is absurd, according to Morse and Jensen. For starters, most issues moving through the MPCA are sophisticated. “Often one scientist will counter what another scientist is saying,” Jensen said.

The board traditionally has been made up of citizens coming from all points in Minnesota and come with a wide range of backgrounds. This is not a board for those looking for an easy ride or extra income. Members are paid $55 per diem. Typically, the board meets two days a month, meaning members collect about $1,300 a year. Over the years, most members have come to meetings well prepared, having studied hundreds of pages of documents and read scores of letters and e-mails from citizens. 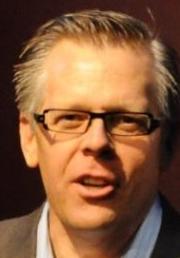 Ironically, though the board is on the verge of being erased because it voted “no” on one big ag project, it’s usually environmentalists who have walked away from board meetings disappointed, according to Morse. But even when citizens, or environmental groups have been disappointed by the votes of the board, it has played an important role in the permitting process.

“It has served as a pressure relief valve,” Morse said. If nothing else, he said board meetings have been a place where everyday citizens with passionate concerns over some of the biggest issues of our time — mining on the Range, farming practices across the state — can be heard.

Barring a dramatic shift by Dayton prior to the special session, that “pressure relief valve” is about to be shut down.

“What’s happened is that there are a lot of corporate interests involved in this,” said Jensen. “We knew in August that we had upset some people and there was talk then that we’d be eliminated. But I thought that common sense would prevail. I thought that people would understand that there has to be a place where citizens have a voice.”

How the MPCA’s Citizens’ Board did itself in