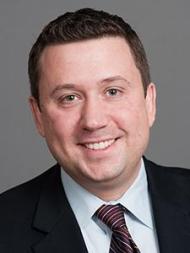 Nobody said it was going to be easy.

As the second-term chairman of the Democratic Farmer Labor Party in Minnesota, Ken Martin is tasked with promoting his party’s candidates and politicians, and selling their accomplishments to voters. That’s no easy feat these days, after a 2015 legislative session when — despite a nearly $2 billion budget surplus and DFL control of both the Senate and governor’s office — divided government still left many of the party’s priorities on the cutting room floor (see: transportation funding bill, universal pre-K).

What’s more, after a chaotic one-day special session, disagreements between DFL Senate Majority Leader Tom Bakk, rank-and-file members and DFL Gov. Mark Dayton left the party in a sort of state of suspended animation, with leaders having little interest in touting what did — or didn’t — happen.

What happens in session is entirely out of Martin’s control, of course, even if he’s still responsible for putting a positive face on the outcome.

“It was a session of missed opportunities,” he said. “We were able to … squeeze more out of a pretty unproductive legislative session by vetoing several of the bills that the governor did. When you consider that the House Republicans in their initial education budget proposed $157 million in new spending, and the final number that we got to was about $525 million in new spending on education, that wouldn’t have happened without the governor vetoing the education bill and fighting as hard as he did.”

In an interview with MinnPost last week, Martin offered his take on everything from the Bakk-Dayton relationship to House Republican Speaker Kurt Daudt to what to expect during the 2016 legislative session.

“I do think they were unified in one sense, which is that they had a shared outcome and shared agenda. … I think there is disagreement among rank-and-file DFLers and others in the caucus on how we actually got there. There’s no doubt that the discord between the governor and Senator Bakk didn’t help things in the end. But as I like to say: We are one large family in the DFL, and in any family you are going to have fights and disagreements, the question is how do you deal with those. In the end I think it was very clear that the governor as a leader of our party was able to get members in the DFL Senate and the House together to say we have to one agenda.”

“As I’ve said to both of them, you don’t have to like each other, but you do have to work with each other. You have a symbiotic relationship.”

“It should be no surprise to anyone that there is tension between legislative leaders and the governor. There’s always been. Now, was it more public this legislative session than in years past? Sure, yes absolutely, and I’m not very happy about that. But it’s not anything new.”

“There is a divide, not only in our party, but there certainly is a divide in Minnesota, both in the Republican Party and the Democratic Party, which is: How do we balance the needs of folks who live in Greater Minnesota with those who live in the ever-growing metro and suburban communities?”

“People in Greater Minnesota, it doesn’t matter who is in power, are naturally predisposed to this notion that they are being left behind. They don’t feel like people in Washington or in St. Paul are fighting hard for their interests. When they hear all this discord in St. Paul and they see this toxicity and this polarization in politics and nothing happening to improve their communities it’s sort of a pox on both houses.”

“When Keith Downey [came to the Legislature] and insisted that Republicans give all [the surplus] back in the form of tax breaks and incentives and giveaways, it was at that moment that you saw Republican legislators start to really turn and say that, ‘No, we need to give back all of the surplus.’ It created this really unhealthy dynamic in the Legislature.”

“My job as party chair is not to exact rigid purity out of our elected officials. It is really unseemly to me that any unelected official would feel like they have to be more responsive to their political party than to the people they are elected by.”

On Republican Speaker of the House Kurt Daudt:

“I think the biggest loser in this is Kurt Daudt. I know people think he is a winner in this legislative session, but think about what he promised the voters last year. He said, ‘We are going to lower the size of government,’ yet they voted for the largest state budget in our state’s history. They said they are going to decrease taxes, yet they voted for an E-12 bill that has a tax increase. They said they were going to pass a transportation bill to help folks in Greater Minnesota; they punted that bill down the road. They said they were going to help Greater Minnesota … the Republicans made a whole host of promises in the last legislative session that they didn’t and can’t say they delivered on to the voters with a straight face.”

“ ‘We stopped the Democrats from spending all the surplus and getting a gas tax increase’: That’s their message. Listen to Kurt Daudt as he is traveling around the state. That’s what they are talking about: It’s not what we did, it’s what we prevented.”

On last-minute provisions in budget bills:

“The reality is some of the stuff that was agreed to in those final hours really flies in the face of our values as DFLers, particularly some of the agreements that were made on bad environment policy, some of the agreements made around the state auditor’s office. Take the auditor’s provision for a moment: Republicans have been trying for years to privatize that office. It’s not necessarily just about the auditor’s office itself; it’s their attempt to privatize large swaths of state agency and state government work. I’m not sure why some Democrats in the state Senate agreed to that provision.”

“If you are going to make a deal, you should get something in return, and I would say there are a lot of Democrats who felt that some of the deals that we made in the final few hours were throwaways, that we didn’t really get anything in return for some of the stuff that we gave up. There’s a lot of stuff that we gave up that Republicans have been fighting for, for years. If you think about what they got, the Republicans got a lot more out of the deals than Democrats did.”

“I really believe strongly that we need to pass a tax bill: We need to do targeted tax relief in the form of property tax relief. But giving back any surplus in the way of rebates or checks is a gimmick, and it’s not strategic or smart for the long-term of the state.”

“The Republicans drew a line in the sand right off the bat; they said there is just no way we are ever going to a transportation bill with a gas tax hike in it.”

“It’s not probably realistic [to raise the gas tax] in an election year, but I’m hopeful that something will happen.”

“For us, when we go into the next legislative session, it’s making sure the Republicans don’t give all that money back and squander an opportunity to make the investments we need to make our state strong.”

“This will be the choice for voters next year: Do you want a tax break, do you want $70 on average, or do you want to make investments in our schools and roads and bridges in the state? That’s the choice. I like our odds in that fight.”

This interview has been edited and condensed for publication.