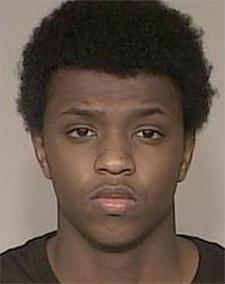 Minneapolis federal judges will decide Wednesday whether three local men suspected of attempting to join ISIS will remain in prison as they await trial.

Since six Minnesota men were charged in April with trying to travel to Syria to join ISIS, Somali-American leaders and defendants’ attorneys have been collaborating on a plan to reintegrate three of the men into the community, pending their trial.

Last month, attorneys representing defendants Zacharia Abdurahman, Hanad Musse and Hamza Ahmed submitted a release plan that would permit them to attend college and participate in a de-radicalization program.

On Tuesday, however, federal prosecutors responded to the motion, citing concerns that the terror suspects pose a flight risk and a potential danger to the public.

“The suggested release plans do not meaningfully overcome the extraordinary risk involved with the release of men determined to turn their backs on their families, their country and the rule of law,” prosecutors stated in the motion.

Prosecutors said the risks cited are evident in secretly recorded conversations between the suspects and an undercover agent, who was supposedly friends with the men.

In a conversation recorded in March, a month before his arrest, Abdurahman allegedly communicated with ISIS fighter Abdi Nur, who left Minneapolis last summer.

According to the court document, Abdurahman told Nur that the suspects were “the hot boys on the block.” He then allegedly added: “We’re not too far bro, we gonna be with you, bro. Soon.”

Abdurahman also discussed the case of Abdullahi Yusuf, 19, who pleaded guilty to conspiracy to provide material support to ISIS after an attempt to travel to Syria. 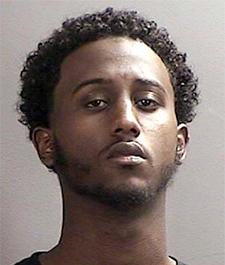 Yusuf was not sent to prison before his trial. Instead, a federal judge sent him to a St. Paul halfway house where he attended programs to reintegrate him into society. This experimental reintegration and de-radicalization effort, however, wasn’t successful. In April, Yusuf was ordered back to prison after apparently violating the terms of his release agreement.

In the federal document filed Tuesday, Abdurahman allegedly explains he thinks Yusuf’s case was “going to be an experiment” and that the judge will not sentence him to a long prison term. Abdurahman then allegedly explained to the paid informant that the case would be different for him and for other suspects, if they ever get caught: “With me, all of us, we’re hopeless, we’re not gonna be in a program. Cause … they know they cannot charge you. Because you’re an adult.”

The documents filed on behalf of the three suspects lists a nearly 30-page menu of options, developed by the suspects’ families, along with community organizations and their attorneys. 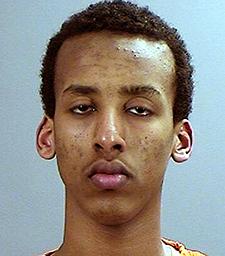 Those who asked to work with 19-year-olds Abdurahman and Musse, and Ahmed, 20, include imams from Minneapolis mosques and leaders from community organizations such as youth and sports programs.

Mohamud Noor, executive director of the Confederation of the Somali Community in Minnesota, is among the leaders interested in providing specific programs to some of the suspects.

“The conditions that are laid out are strong,” Noor said in an interview. “Assurances are made by family members and some us who are also involved in the process. I look forward to hearing from the judge when these cases are presented.”

The motion states that the plan would assure the safety of the community and the future court appearances of the defendants.

‘They should be reintegrated’

Sadik Warfa, deputy director of the Minneapolis-based Global Somali Diaspora, said jail isn’t the answer for the young men. “They should be reintegrated into the community,” he said. “They’ve strong programs in place for them. They’ve the entire community standing by them.”

The defendants’ attorneys listed some rules the suspects would be subject to. They include surrendering their passports and not traveling outside Minnesota.

Still, prosecutors expressed skepticism about the release plans. They said the plans don’t protect the community or alleviate the risk of  the men leaving the country to join terrorist organizations.

“There is no evidence that the defendants are seeking intervention,” stated prosecutors. “Rather, it’s being foisted upon them by other well-intentioned individuals.”