Minneapolis may feel that it stole the legacy of Bob Dylan fair and square, based on his year-plus hanging in and around the University of Minnesota and Dinkytown in 1959 and 1960.

But St. Paul is having none of that. By a unanimous vote Wednesday, the City Council voted to rename — well, co-rename — a short stretch of its 4th Street E. to “Positively” 4th Street in honor of the Duluth-born and Hibbing-raised Dylan’s song of the same name.

Other than the coincidental street name — one that is hardly unique to the state capital — what connection does the city and that area have to Dylan? According to the resolution, the Rock and Roll Hall of Fame inductee performed in St. Paul numerous times, including three sold-out shows at the old Midway Stadium. Since the Saints used to play at Midway and now play at CHS Field, and since 4th Street abuts CHS Field and … well, if you can’t see the obvious connection …

Thune had this rationale for making the change: “just for fun.” Before he let Veeck speak before the council, he asked for approval of the measure first “just in case Mike says something to offend us.” Veeck, holding a placard with a picture of Dylan, thanked the council for supporting construction of CHS Field and said the team had already surpassed its attendance goals for it inaugural season there.

And he promised “not to come back and ask you to rename Prince Street, ‘a (symbol) formerly known as something,’ “ (OK, for non-Prince fans, that is a reference to how the Minneapolis artist renamed himself during a dispute with his record label.)

“Positively 4th Street” by Bob Dylan was released as a single by Columbia Records on September 7, 1965.

Veeck even tried a Dylan impersonation to have the former Robert Zimmerman thank the council as well.

Dylanophiles can argue for most of a day over which 4th Street might be the inspiration for the song’s lyrics. St. Paul’s is certainly not it. More likely it is the street in Greenwich Village where Dylan was living when the song was written and recorded, though there are some who will argue that 4th Street SE through Dinkytown where he hung out during his brief student days was the namesake.

Most fans, however, including those on the St. Paul City Council, will likely say, “Don’t you understand, it’s not my problem.” 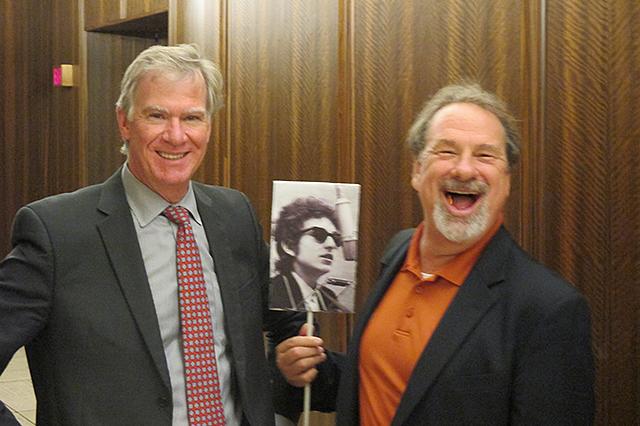