If there was any good news in the results of an examination of where sex offenders live in Minneapolis, it was that there’s no indication that the city attracts offenders from elsewhere in the state.

Instead, the hundreds of sex offenders registered in the city and the county are mostly homegrown. But the task force set up by the city to examine the issue did confirm another of the council’s concerns — that offenders are concentrated in certain neighborhoods of the city. Just five zip codes are home to 790 so-called predatory offenders. All of those zip codes are in the Near North, North Minneapolis and Phillips neighborhoods. Of the total number of offenders, 58 are Level 3 offenders, considered the highest risk.

In the neighborhoods with the highest concentration, 0.71 percent of residents are offenders, said Lauren Martin, director of research at the University of Minnesota’s Urban Research and Outreach Engagement Center, which did the research for the task force. “That’s pretty significant,” she told members of the council’s public safety committee Wednesday. “It’s pretty high.”

The final report will be published next month. But the preliminary results caused some frustration among committee members, especially for the two members who represent wards in North Minneapolis. The council knew there were concentrations of offenders when it ordered the work group to examine the problem 28 months ago, even listing those neighborhoods in the resolution it adopted in March of 2013. What they wanted to hear were ways to respond to the issue. 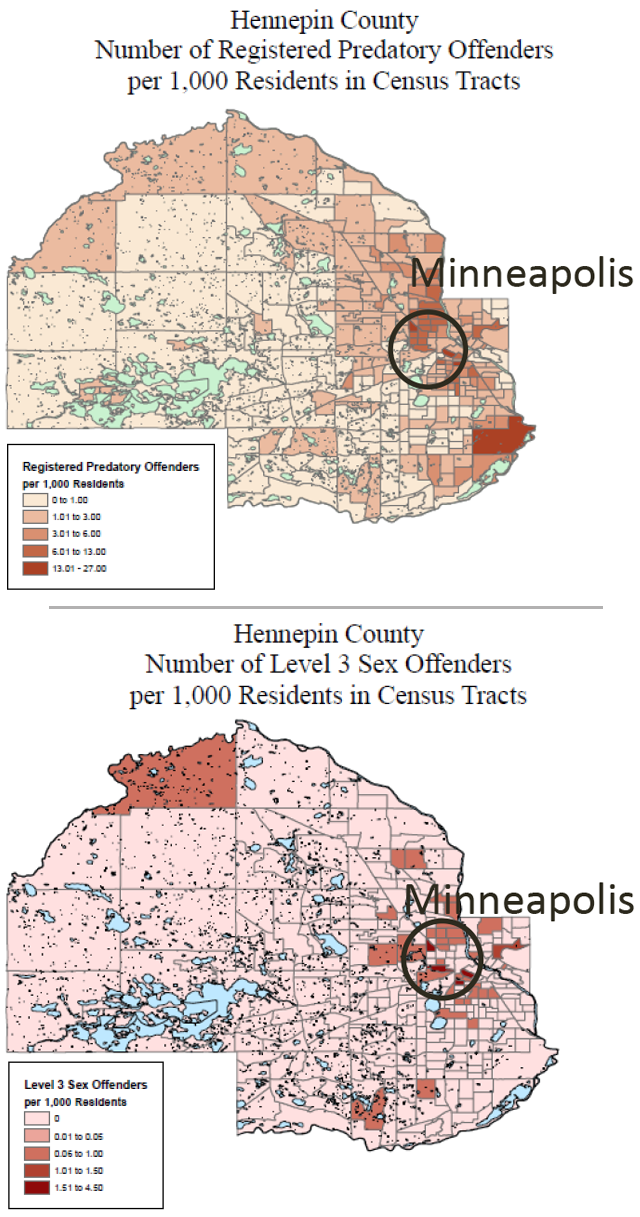 Said Committee Chair Blong Yang: “Part of me is frustrated that we keep doing reports and we don’t have solutions.”

Martin said she didn’t expect a final report to contain recommendations for policy changes, but rather would serve as information to help others look at solutions. Velma Korbel, the director of the city’s Department of Civil Rights, said other city work groups — such as the county criminal justice committee — will use the report to consider and recommend changes to address the problem of over-concentration. 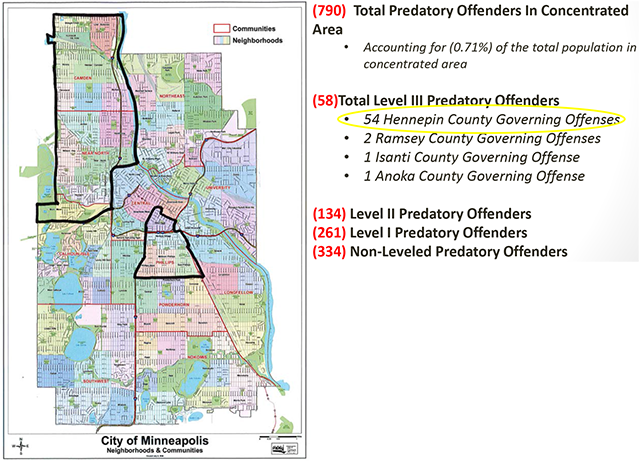 The survey was taken among two distinct groups of offenders. The first was through Hennepin County community corrections, via supervisors working with offenders. The second was through Minneapolis police, and conducted when newly released offenders are required to register. Of those who responded through community corrections, the top reasons for living where the did were affordability, proximity to family — and availability. In the second group, half said they lived where they did because they couldn’t find anyplace else.

Martin said a review of studies on the issue shows that while reoffending among sex offenders is lower than the public perceives — they reoffend at lower rates than for other crimes — being homeless increases the recidivism rates.

While the public generally thinks of these offenders as sex offenders, the term used in the study is “offender required to register.” That’s because state law was changed to require a few classifications of offenders to register whose crimes did not have a sexual element. Those are kidnapping and false imprisonment. But the vast majority of those people who must register their residences are still sex offenders.