As former chair of the Senate Judiciary Committee, Republican Warren Limmer has pushed for years to address problems within Minnesota’s controversial sex offender program, which locks up more than 700 offenders for treatment but rarely lets anyone out.

It had taken years of reports, audits and failed legislative proposals, but in June, Limmer, of Maple Grove, seemed to get some backup in the effort: Federal Judge Donovan Frank ruled the program unconstitutional. Frank ordered lawmakers to meet in court Monday to talk about fixes for the program.

Even so, Limmer didn’t expect the court-ordered meeting to produce swift action from lawmakers. “You don’t see people skipping out the door and throwing confetti in the air saying, ‘Oh the good Oracle has spoken and now we are one big happy family,” Limmer said Monday afternoon, after more than a dozen lawmakers and other state officials spent three hours in a closed-door St. Paul meeting discuss the issue.

Quite the opposite: Top lawmakers emerged from the meeting about as far apart on fixes to the program as when they walked in, offering widely differing interpretations about what could happen next. Nothing was settled, and there was only one thing on which all sides seemed to agree: Lawmakers won’t act until the court orders them to do so.

At the crux of the problem is the Minnesota Sex Offender Program’s low rate of release. Most offenders at MSOP’s campuses in Moose Lake and St. Peter have already served their prison sentences, but were deemed “sexually dangerous” and committed to the program for further treatment after leaving prison. But in the 20 years since MSOP opened its doors, only two people have been successfully released into the community. Those individuals are still under intense supervision.

DFL Gov. Mark Dayton emerged from the meeting first, laying out the most specific possible fixes to the MSOP while also promising to appeal the judge’s unconstitutional ruling later this year.

He proposed spending about $7 million per year to conduct biennial risk assessments of offenders in the program. That would address one criticism of MSOP: that there’s no requirement in law to regularly review how offenders are progressing through treatment. Dayton also proposed spending another $10 million to $15 million a year to set up less restrictive, nursing-home-like facilities for the elderly offenders and those suffering from cognitive disabilities (Dayton says there are 33 clients in MSOP that are age 70 or older). The program already costs the state more than $80 million every year, or roughly $120,000 per offender.

But Dayton presented similar options to lawmakers last session and failed to gain their support. He also didn’t know if his proposals would go far enough to satisfy the judge’s constitutional concerns. In his ruling, Frank laid out 16 specific things he’d like to see changed in the program. That included periodic reviews and the creation of less-restrictive settings, but his order also pushed to set up different options for juvenile offenders, who experts say are less likely to reoffend, and appoint a special master to oversee changes.

“We look forward to the opportunity to appeal Judge Frank’s decision while respecting his views,” Dayton said. “Aside from that, we believe there are steps that could be taken to improve the quality of the program.”

Wrapped up in campaign politics

Republican House Speaker Kurt Daudt is also defending the constitutionality of the program, and notes the timing of the appeal will determine when legislators need to take up the issue. “[Judge Frank] may put an order out that we may have to react to, but because of the time involved in the appeals process it might not even happen by next session,” he said.

Dan Gustafson, the attorney representing MSOP clients, said an appeal has the potential to prolong the case by more than a year.

DFL Senate Majority Leader Tom Bakk said he got the impression Frank wants lawmakers to act before the session convenes next March, requiring the governor to call a special legislative session to deal with fixes to MSOP. Bakk would like to see things wrapped up sooner rather than later: Pushing it off until 2016 session could wrap MSOP into campaign politics, he said. All 201 legislators are on the ballot next fall. 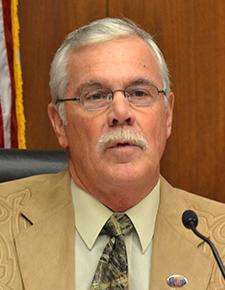 “It would be unfortunate if this played out as one of the major campaign issues,” he said.

Frank has the option to order the release of some offenders if lawmakers don’t act, but legislators said they got no indication Monday that he intends to use that power.

“I don’t believe there is going to be a wholesale release, but we always face that threat,” said Tony Cornish, chair of the House Republican Public Safety and Crime Prevention Policy and Finance Committee. “So far in my rural district there’s no appetite for that whatsoever.”

For the clients in MSOP, the slowness of the process is frustrating. The lawsuit was first filed back in 2011. As of now, any fix to MSOP looks more likely sometime in 2016.

“They hear the judge say in June that the program in unconstitutional and now we’re in August and nothing has changed,” said Gustafson, their attorney. “They are very frustrated at the pace that this moves.”