While the Minneapolis City Council continues to talk in private about whether or not to support a proposed soccer stadium, it’s counterpart in St. Paul is going to discuss a council resolution endorsing the plan.

St. Paul Council MembersChris Tolbert and Dai Thao are sponsoring the resolution, “Supporting Major League Soccer in the City of Saint Paul,” and will present it to the full council next Wednesday. Tolbert said he is confident that it will pass.

The resolution of support is conditioned on a pledge from the group awarded the local MLS franchise to pay for the land and the stadium with private funds. The resolution would give council endorsement to the owners’ request that the land and stadium not be subject to annual property tax assessments.

Because the land which once held a Metro Transit bus barn is currently untaxed, the council resolution would support keeping it that way. The parcel is located in the Midway area between the two cities and fronts I-94 and Snelling Avenue near University Avenue and the Green Line. 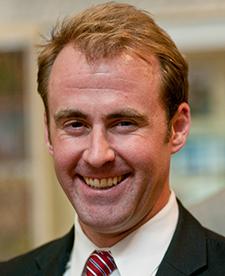 Some members of the Minneapolis City Council along with Mayor Betsy Hodges and senior city staff have been meeting in private as a special work group. The first public report isn’t set until September, with a final report coming sometime in September.

A Minneapolis site near the Farmers Market is the first choice of the ownership group, which is led by former UnitedHealth CEO Bill McGuire. But slowness of political support caused the owners to reconsider the Midway site first explored by McGuire in 2013.

McGuire has said that he wants an agreement for a stadium to be in hand by summer’s end. Final approval of any tax breaks, or the use of a special property tax that is paying off Target Field bonds, would need legislative approval next year.