It was five months in the making, yet even now that U.S. District Court Judge John R. Tunheim has issued his ruling in a legal challenge to the Southwest Light Rail project, the issues involved in the dispute haven’t totally been resolved.

The ruling released this week did give the Metropolitan Council a short-term victory in a lawsuit brought by a neighborhood group, the Lakes and Parks Alliance. The group’s request for a summary judgement was denied, which means Tunheim doused any hopes he would halt further work on the 14.5 mile, $1.774 billion extension to the Green Line until a final environmental impact statement is completed.

And yet, the judge kept the case before him. Depending on how the Met Council and the Federal Transit Administration perform on environmental issues over the next year, he said, he might reconsider the summary judgement request.

Sorting through the legal issues and nuances of the case isn’t easy, especially because Met Council officials have refused to talk about the ruling, saying the matter is still “in active litigation,” while attorneys for the Lakes and Parks Alliance didn’t return phone calls seeking comment.

Still, here’s one attempt to sort it all out:

Who is the Lakes and Parks Alliance, and why are they suing?

The Lakes and Parks Alliance is made up primarily of residents along the preferred route of the extension, where it passes through the Kenilworth Corridor between Lake of the Isles and Cedar Lake in Minneapolis. They opposed the route for lots of reasons — environmental, economic, safety, aesthetic — but in the lawsuit they argued that the Met Council had not followed state and federal environmental laws.

Specifically, the challenge asserted that the Met Council pushed Hennepin County and the five cities along the route to give Municipal Consent without allowing the local governments the benefit of having a more-complete environmental impact statement before them. A draft EIS had been completed in late 2012, but the route subsequently was changed in significant ways, forcing a supplemental draft EIS to be commissioned. It wasn’t finished when municipal consent was debated and granted.

That earlier EIS did look at the environmental issues raised by one alternative — to run both light rail lines and freight trains along with bikes and pedestrians through the corridor where only freight trains run now. But it did not look at a later decision to use tunnels to accommodate the increased traffic and to make that alignment the preferred local alternative, i.e. the Met Council’s first choice.

What was the Met Council’s defense?

Met Council lawyers argued before Tunheim that state law did not require a final EIS before municipal consent can be sought and received. It presumes, they claimed, that the two processes can run concurrently. The lawyers also said the challenge under the National Environmental Policy Act was premature, that the law states that only after a final EIS is published can its adequacy be challenged. 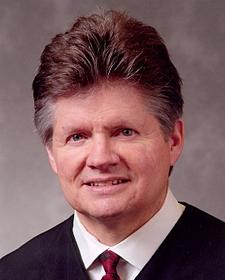 Federal courts have found some exceptions to that process, mostly if a government has in reality made a final decision and the EIS is simply going through the motions. In cases where plaintiffs have shown that the decision was a fait accompli, courts have halted progress on a project until the EIS is completed. Federal rules require that an EIS “shall be prepared early enough so that it can serve practically as an important contribution to the decision making process and will not be used to rationalize or justify decisions already made.”

Met Council said no final route decision has been made while Lakes and Parks Alliance lawyers disagreed, claiming that municipal consent as well as side agreements — memoranda of understandings — with St. Louis Park, Minneapolis and the Minneapolis park board make the disputed route certain. Unless Tunheim halted Met Council’s progress on designing and engineering the tunnel solution, the agency would be too committed to change to a different alignment if that is what the final EIS suggests it do.

Tunheim summarized the legal issue before him like this: “whether the LPA (Lakes and Parks Alliance) has shown that the Met Council has ‘irreversibly and irretrievably’ committed to a specific SWLRT route, such that the pending federal environmental review is nothing more than a ‘fait accompli’ and any attempt to obtain relief after the review is complete would be in vain.”

What was at stake?

Halting progress on the line would have added to already growing delays and time is money. Project planners estimate that inflation means that each week’s delay adds $1 million to the costs. Since the final EIS isn’t expected until next summer, having to stop work on design and engineering until then would add to the cost and could put the project at risk. But not waiting could build pressure on the project to proceed with the tunnel alignment even if the final EIS identifies environmental dangers.

The Met Council. At least for now. Summary judgement in favor of the Lakes and Parks Alliance likely would have led to an injunction against the Met Council. Instead he ruled that the state law setting up the municipal consent process does not require an environmental impact statement be present to the local governments. More importantly, Tunheim wrote that “the Court concludes that the LPA has not yet shown that the Met Council’s actions have irreversibly and irretrievably committed to a specific SWLRT route.”

Tunheim based his ruling on the fact that the muni consent process isn’t binding. In fact, since the case was argued in March, the Met Council has decided to repeat that process, and this time the cities and the the county will have the supplemental draft EIS in hand. He also noted that the federal government hasn’t given approval — and 50 percent funding — to the process and is not bound by the muni consent process: “The municipal consent process and MOU’s signed in this case still leave both the Met Council and the FTA room to back out and approve a different route,” he wrote.

How is that not a complete victory for the Met Council?

Because of two words: Tunheim wrote that the Lakes and Parks Alliance had “not yet” shown the the tunnel alignment is irreversible and irretrievable. “Although all of the relevant case law argues for denying the LPA’s motion for summary judgment, the LPA notes that there is no case quite like this one, where a robust and highly publicized state-authorized municipal consent process precedes federal review,” the judge wrote. “The LPA is correct and the Court is still concerned, given the statements of political and Met Council leaders throughout the municipal consent process, and the language of the Council’s agreement with St. Louis Park – which though technically non-binding, certainly seems to all but guarantee that freight rail will stay out of the community – that a political and bureaucratic drumbeat has begun that will lead inexorably to exactly the choice the Met Council wants.”

“In other words,” he said, “the Court remains concerned that the Met Council has done more than express a preferred alternative, and has ‘gone too far’ and has effectively committed itself to a specific route.”

The case remains before Tunheim and his ruling suggests he will keep an eye on the project as it moves forward. He left open the opportunity for the Lakes and Parks Alliance to demonstrate that subsequent actions by the Met Council tip it over the line.

“All parties agree that many more steps in the process lie ahead. Indeed, compelling evidence exists – evidence that is not part of the record, but that is similar to much of the evidence already submitted by the LPA – that in recent months, due to increases in the project’s projected cost, the Met Council has cut portions of the SWLRT route and intends to subject the project to the municipal consent process yet again.

“Given the importance of a searching environmental analysis of each of the available options, the remaining steps in the process of securing municipal consent and finalizing environmental review – by both the Met Council and the FTA – should provide that searching analysis in order to comply with NEPA’s twin aims of informing decisionmakers and involving the public.

“The Court anticipates that at the appropriate time, when the record is more adequately developed, the Court will once again consider summary judgment.”