But according to Lecy’s own sworn testimony, this wasn’t the first time he had engaged in this type of conduct while working undercover. Out of the 20-some similar undercover operations in which Lecy participated, he allowed suspected prostitutes to touch his genitals “maybe ten times,” according to a transcript of last month’s court hearing over a motion to dismiss the charges.

Moriarty said sexual contact isn’t necessary to make a prostitution arrest. Just as with a female undercover officer busting a john, Lecy would have probable cause as soon as the deal is agreed upon and the money is on the table.

“He claimed under oath that sexual contact is required to make an arrest for prostitution, which is wrong,” said Moriarty. “I’d say he has a vested interest in claiming ignorance of the law if he’s received genital massages more than ten times.”

“The department will be working with business licensing, using the city’s new massage business license ordinance, to respond to complaints of suspected prostitution activity in business locations as an alternative,” said department spokesman John Elder in a statement.

The controversy stems from a bust last December, when Lecy traveled to a small massage studio in Minneapolis’ Longfellow neighborhood, responding to a Backpage.com ad. He posed as an interested customer and requested a body-to-body massage, meaning the masseuse would rub her nude body on him.

Lecy arrived in character, put the money on the table and disrobed completely, save for a cast on his left hand that concealed a recording device. His colleagues waited outside for the code phrase: “Repeat Customer.” The masseuse, Terian Jackson, stripped down to her bra and underwear at first – then just to her underwear.

In court, Lecy admitted to making several remarks about the masseuse’s body, as well as to touching her buttocks and allowing her to rub her bare breasts on his stomach. He didn’t speak the code phrase until the woman began touching his genitals. Even then it was more than 30 seconds before Lecy’s fellow officers broke in to make the arrest.

In court, Public Defender Briana Perry questioned Lecy about that time period. “So it’s your testimony today that as soon as you say the word ‘repeat customer,’ that’s when she touches your penis?” she asked

Between that time and when the officers broke in, “you were engaging in sexual contact with Teri, correct?” asked Perry. 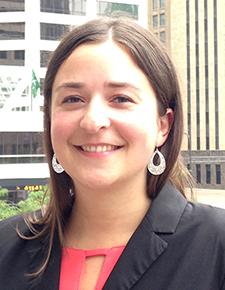 At the hearing, Lecy defended his behavior, likening his undercover work to acting. He had to convince the suspect he was legitimately interested in the service. “It’s kind of like actors that act in a movie. We have to go in and we have to act this part,” he said.

He also emphasized the dangers of undercover policing. Though the woman was in her underwear, she could have had a razor blade or gun stashed nearby, he said.

Lecy spoke the code phrase as soon as she touched his genitals, he said, because that constituted a sex act. “Now she’s under arrest for the gross misdemeanor prostitution.”

Perry argued there was no need for contact, since the officer had already negotiated the body-to-body massage and put his money down.

Besides, by this time he’d already allowed the woman to touch him with her bare breasts and had touched her buttocks. The fact that he allowed the massage to go on so long, Perry said, “shocks the conscience.”

“This is not what our taxpayer dollars should be spent to do,” she said. “There is absolutely no need to continue this contact.”

She told the court she’d never heard of a female waiting until a john makes sexual contact before determining probable cause to make an arrest.

Police won’t disclose if they’ve conducted internal investigations into Lecy, citing his designation as an undercover officer, exempt from public data laws. Lecy has also been named in three unrelated federal lawsuits alleging excessive police force. The city settled two out of court in the past year and agreed to tentatively settle the third last month.