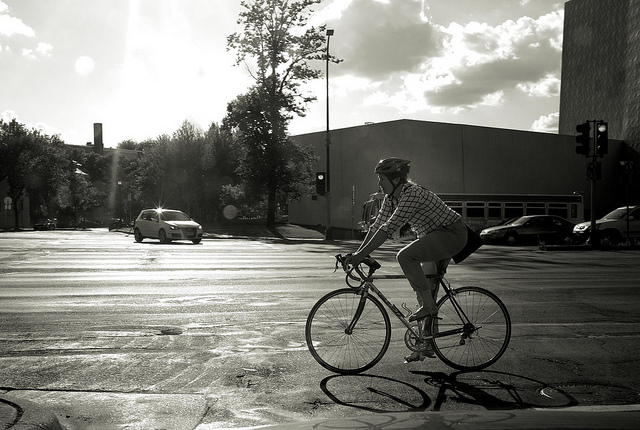 CC/Flickr/Ernesto De Quesada
It may surprise some to learn that biking remains among the least-utilized methods for commuting to work in the metro.

Last week, the U.S. Census released its annual American Community Survey, a snapshot of how the nation lives. From the exhaustive dataset, one thing is clear: Minnesota is changing.

Some of those changes aren't so positive. As the Star Tribune reported last week, the median income for black households dropped significantly from 2013 to 2014, a statistic that has outraged black political leaders.

We encourage you to explore the data yourself. But here are some of the most notable trends gleaned from the survey:

2. Fewer teens in Minnesota are having babies
Last year, in the 12 months prior to the survey, about 1,400 unmarried Minnesotans between the ages of 15 and 19 gave birth. That’s big drop from 2013, when 3,000 teens reported having babies in the past year.

In total, 78,000 women gave birth in Minnesota in the 12-month period examine for the survey. The vast majority – 60,000 — of mothers were between the ages of 20 and 35 years old. About 1,600 were 35 to 50 years old. And bout 72 percent of mothers were married (which includes couples that separated but were not legally divorced).

3. Minnesotans are among the most insured in the country
About 94 percent of Minnesotans had some kind of health insurance coverage last year. That puts us far above the national estimate (88 percent) and in the nation’s top-five most insured states.

4. Two percent of metro commuters bike to work
Here in the Twin Cities, we like to celebrate our rich bicycling culture. So it may surprise some to learn that biking remains among the least-utilized methods for commuting to work in the metro.

The good news for bike enthusiasts: the numbers are going up – and quickly. In 2005, only 1 percent of Hennepin residents cycled to work, or about half of those in 2014

From income gaps to teen mothers: what we learned about Minnesota from the latest census data