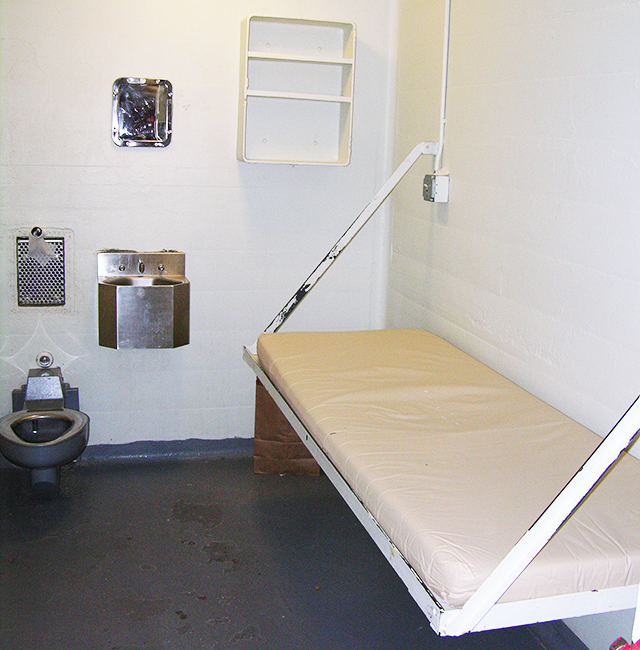 Minnesota Department of Corrections
An image of a segregation cell in a Minnesota prison.

Last week marked a pivotal moment in the increasingly controversial practice of solitary confinement in American prisons. California, the state with the largest prison population in the country, agreed to move thousands of segregated inmates — some of whom have been in isolation for decades — back into its general prison population.

The move comes after years of criticism to how prisons and jails use solitary confinement across the country. A growing body of research has shown that isolation can have harmful and irreversible effects on the human brain, particularly in the developing minds of younger people, and a series of federal lawsuits and inmate hunger strikes have helped bring the issue into the national spotlight. Ten states passed measures last year to ease or dramatically reform the use of solitary – more than in the prior 16 years, according to the Marshall Project, a nonprofit news organization that covers criminal justice issues. This summer, President Obama called for a reduction in solitary around the country, criticizing the practice as “not smart.”

In Minnesota, solitary has been a less controversial issue. That’s probably because prisons and jails here don’t use it as frequently as some other states – or for as long. “Segregation is the last tool that we have,” said John King, assistant commissioner of the Minnesota Department of Corrections. “And we don’t want to use that tool.”

Even so, Minnesota is not immune to criticism for its practice of isolating prisoners. Earlier this summer, in a commentary published by the Star Tribune, a Washington County judge said it’s time for the state to seriously reexamine how it uses the practice, and that disciplinary practices often leave offenders languishing for too long.

Others here question if solitary is actually an effective punishment, and if it should be used at all. “The growing consensus is that … it’s doing more harm than good,” said Teresa Nelson, local chapter legal director of the American Civil Liberties Union. “There’s a growing group of people who say that it’s tantamount to torture.”

Here, an explanation of how and when solitary confinement is used in Minnesota:

Who goes to solitary in Minnesota?
There are actually two types of solitary confinement in Minnesota prisons: administrative and punitive. In administrative segregation, the offender is placed in a solitary cell, usually for a short period of time, while prison officials conduct an internal investigation. Examples of this include an inmate who is believed to be a danger to self or others, or someone who is being targeted for violence by other inmates. In such cases, the offender would still have access to the same resources they were allowed in general population, such as books, television or computer access.

Punitive solitary is much more common. Prisons use this measure when an inmate commits a serious rule violation, such as an attack on a staff member, tampering with a security device or possessing contraband. Unlike California, Minnesota doesn’t put inmates in solitary solely for being a suspected gang member.

How many inmates go to solitary in Minnesota, and for how long?
According to DOC data, Minnesota prisons assigned 4,086 terms of solitary confinement between January to June this year. That doesn’t mean 4,000 inmates went to solitary, which would translate to about 40 percent of the state’s total prison population. Rather, one inmate can serve multiple terms per year. Those numbers have stayed pretty steady over the past few years. During the same time period last year, for example, there were about 3,700 terms. 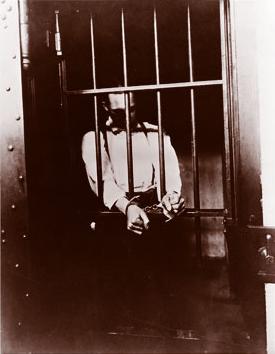 Minnesota Department of Corrections
An inmate in solitary confinement at the State
Reformatory in 1917.

The average time an inmate sat in solitary per term was about 27 days, according to the data. That’s down from about 33 days in the latter half of 2013, which King said is the result of Minnesota changing the way it uses solitary based on reforms in other states. “The challenge is determining how long is too long, but how long is not long enough,” said King.

But as Washington County Judge Susan Miles pointed out in her opinion piece, an infraction in solitary can buy an inmate more days there. Those who continue to get in trouble can end up staying there for much longer than that average. “In this context, it is not uncommon that I encounter men who have served 24 continuous months and more in solitary confinement,” writes Miles.

Prisons across the country are inconsistent in how – or if — they collect data on solitary, so it’s hard to say exactly where Minnesota fits in the national picture. The American Bar Association defines long-term solitary as 30 days in isolation. In California’s Pelican Bay Prison, prisoners are sentenced to indeterminate solitary terms, averaging about 7.5 years. The average segregation stay for prisoners in New Mexico’s supermax facility was almost three years, according to a 2013 ACLU report.

In 2012, Mother Jones attempted to map solitary trends by state. The data are incomplete, but it offers the best available snapshot of how different states use the disciplinary practice.

What’s the process of sending an inmate to solitary?
For punitive solitary, the process begins with a prison staffer filing a formal report. Prison staff reviews the report and usually comes up with an internal charge; depending on the severity of the incident, this can sometimes lead to a criminal charge as well. Then there’s a hearing, where inmates get a chance to state their side of the story. They don’t get a lawyer, but can choose to have a prison staff member present. DOC officials take all of this into account, along with any past history of infractions, and determine the length of the term.

What is solitary like in Minnesota?
Inmates sent to solitary for punishment spend 23 hours a day in a segregated cell. They get one hour a day to shower, exercise, use the phone or talk to visitors through a closed-circuit television. The cells are typically 6’ by 12’. All solitary cells in Minnesota have a window, a bunk, a small stainless-steel mirror, a sink and a toilet programmed to flush several times per day.

Inmates put in segregation don’t have access to most prison programs and classes. They will usually lose their prison jobs because they can’t report to duty. They are allowed limited items in the cell, such as paper, pen, hygiene packets, legal mail, approved religious items and some books. Those sentenced to a term of more than 30 days can earn more privileges – such as a radio — with good behavior. A correctional officer stops by every half hour to check on the inmate, said King.

What do critics say?
Nelson of the ACLU worries solitary unfairly targets inmates with mental illnesses. Studies have shown a high prevalence of people in America’s prisons and jails struggle with mental health issues. “A lot of times those violations are stemming from that inmate’s mental health issues, or maybe even disability issues,” said Nelson. Then the offender gets thrown in solitary as punishment, which “can make that illness worse and add new problems.”

The DOC’s King acknowledged “there’s a big concern” with the mental state of inmates in solitary, and that people with prior health concerns can get worse in isolation. This is why the prison makes sure these offenders still have access to mental health resources and medication. A nurse also checks on the inmates every day while they’re in solitary.

How has the use of solitary changed in Minnesota?
Throwing an inmate in solitary used to be much more common in the state. Around the turn of the 20th Century, isolation and food deprivation were among the correctional system’s most common punishments.

Things are different now, said King. Instead of using solitary as a blanket punishment, DOC officials are now more careful about when they apply solitary as disciplinary measure, and instead assess each case individually to determine appropriate punishment. “One of the things that we’ve learned is it’s important to focus on the individual,” said King. “And what works for one doesn’t necessarily work for the other.”

Going forward, a key consideration is to make sure that they’re able to make it in society, said King. If they’ve spent too much time in isolation, re-entry is much more difficult. The DOC is also focusing on how the prisons are using solitary on those diagnosed with mental illnesses, and making sure they’re not disproportionally isolating prisoners of color. “We prefer not to segregate offenders,” he said, “but sometimes, obviously, we have to.”

‘The last tool we have’: how Minnesota prisons use solitary confinement