Four Minneapolis developers walk into a room at St. Thomas School of Law … and mostly agree about the current state of multi-family residential real estate.

The market, they all say, is hot, with projects being announced with a regularity not seen since before the Great Recession. But those projects are mostly apartment buildings — not condominiums.

The reasons, said the four men invited to speak on the topic last week by Minneapolis City Council Member Lisa Goodman as part of her monthly “Lunch with Lisa” program, are complex: Getting financing for condo projects is harder than it is for apartments. Both millennials and older baby boomers are showing a preference for the greater flexibility of renting.

But there’s another reason, too, one that’s become a perennial complaint among developers and builders: the 10-year liability exposure for construction defects.

“I’m 48,” said Curt Gunsbury, a principal in Solhem, a company that has built apartments in Uptown, around the University of Minnesota and in the North Loop.“When I’m 63, people are still going to be suing me” if he built condos.

Gunsbury and partners recently tried to venture into condos in the North Loop, but decided to restructure the project into apartments when the higher-priced units — they were on the market for more than $1 million — weren’t selling.

“What I learned from this is that Minneapolis is not a destination market for long-term investment by somebody in their 50s or 60s who wants to spend money in a condo,” Gunsbury said. “They’d rather be in Naples or Tucson or San Diego or someplace warm.”

Without that market, he said, it is more difficult to build projects like the one he’d envisioned, since the most expensive units support the construction costs for the lower-priced ones.

‘Fifteen attorneys yelling at each other’

Bob Lux, principal of development firm Alatus, said that when the recession hit, financing for the construction of condos disappeared. When it came back, it went into apartments because lenders knew there was a market for them. But he also said millennials and those a bit older are choosing “not to be burdened by the commitment of owning a home or a condo.” 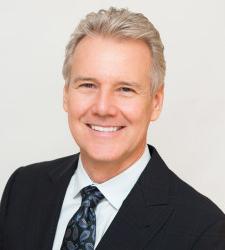 Lux has been involved with many of the largest residential projects in the city. The first was Grant Park, in the Elliot Park area, a pioneer in downtown high-rise condos that he said was risky (but one Goodman, among others, was adamant about). “You could buy any drug you wanted around the corner,” Lux said of the location.

The project was helped by city sponsored tax increment financing that Lux said helped “over-improve” the project. The project was successful enough to pay off the 20-year TIF financing in seven and a half years.

Lux was also part of developing the 39-story Carlyle in the Mill District and the rebirth of Block E downtown. He is currently helping develop the Latitude 45 apartments on South Washington Avenue. “I am totally, 100 percent devoted to downtown Minneapolis,” he said. “We are really creating what are landmark developments that will benefit the community long after I’m gone.”

But he said he too will avoid doing condo projects for now because of the liability issue. What often happens, he said, is that after nine-and-a-half years, a lawyer representing a homeowners association will file a claim seeking damages for problems. 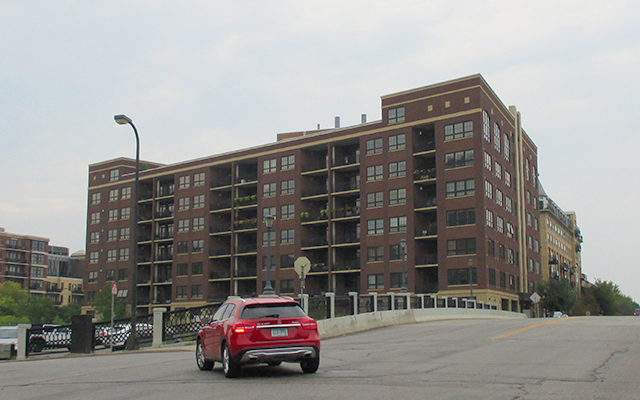 While Lux said the law was meant to require a warranty for structural defects, it has been broadened by litigation and court rulings to include nearly everything, “from sheetrock cracks to flooring to everything.” Attempts to amend the law at the Legislature have been unsuccessful, resisted by the attorneys who bring the suits and homeowners associations that don’t want condo owners to be on the hook for major repairs due to defects.

In these lawsuits, not only will the developer and contractor be named, so too will be architects, subcontractors and anyone else involved. “So now you have a room of 15 attorneys yelling at each other and they’re all charging 500 to 1,000 bucks an hour,” Lux said.

The need for flexibility

Kit Richardson, of Schafer Richardson, is both a principal at the firm and an architect, and said that even if the developer is willing to risk a condo project, the contractors and architects are not. On one recent apartment project, the Gurley Lofts in North Loop, the architect only agreed to sign on after Richardson promised, in writing, that “we will never, ever, convert it to condos, for all the reasons you’ve heard.”

Schafer Richardson has done many condo projects downtown, and recently finished the Red 20 apartments in Northeast Minneapolis. They are also trying to redevelop the Nye’s Polonaise restaurant site on Hennepin, which will be apartments as well.

But Richardson said he also sees a desire for flexibility among millennials and baby boomers. While millennials might want flexibility to pursue a job elsewhere without worrying about having to sell a home, older baby boomers want flexibility for medical reasons. One spouse might become ill and need to move into a care facility, Richardson said. He also sees the same trend mentioned by Gunsbury: older boomers are not putting money from the sale of their longtime homes into buying condos, at least not here. Instead, they’re buying in warm-weather areas and renting in the Twin Cities.

‘The only damn fool building condos’

Not every developer has eschewed building condos, though. Jim Stanton, who owns Shamrock Development, is building the Portland Tower condos in downtown East and has developed condos in the Mill District  and in North Loop. “I guess I’m the only damn fool in the crew to still be building condos,” Stanton said. 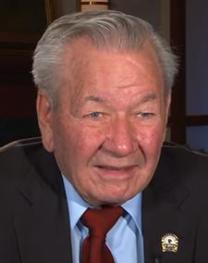 He said he has a good relationship with his lender, a relationship that withstood the recession. And he said that while lawsuits are an issue, he said he hasn’t been sued a lot and has never had a suit reach court. “I don’t mind warranteeing my buildings. I’ve never built a perfect building. But if something goes wrong you go in and fix it,” he said.

He has at least one condo project in mind after Portland Tower, a 15-story building near the river in the Mill District. “I guess I’ll keep building ‘em but I’m not going to be a threat for long,” he said. “I’ll be 80 next month.”

Responding to a need

Despite all the complaints about condos, when Goodman asked the developers to make predictions about the future, Lux said he predicted that in a short amount of time there will be an announcement for a 35-40 story condo project in downtown Minneapolis. That’s likely in reference to a long-discussed project on the site of a funeral home near St. Anthony Main. While Lux has not confirmed whether it would be apartments or condos, Lux’s “prediction” suggests it will be the latter.

The panelists were asked if they thought the apartments now being built would be converted later to condos. Lux, for one, said the long liability tail would remain in place so there is no advantage legally. And he said units in buildings such as his Latitude 45 on Washington Avenue are smaller than what is typically desired by condo buyers. 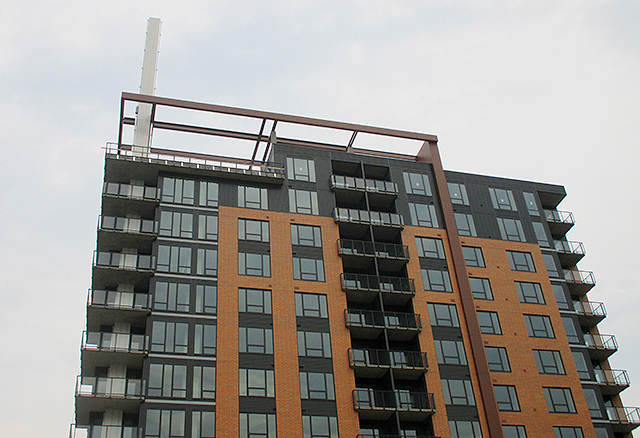 They were also asked their opinions about mixed use development, where street-fronts are reserved for restaurants, stores or commercial spaces. None seemed thrilled about the economics of that type of development.

“Nye’s will be mixed use because it has to be,” Richardson said, citing city plans and neighborhood desires. “But they’re tough.” He lost a restaurant tenant for his Red 20 because they could not reach agreement about had to manage noise. Even in concrete buildings it is hard to keep noise from ground floor spaces from reaching apartments above, he said. Mixing residential and office presents fewer conflicts.

Afterward, Goodman said she understands how developers are responding to the market and the legal environment. But she also said she laments that there are not more condo projects being built. “Developers are building homes to make money and to respond to a need,” she said. Apartment are easier to build right now. “At the same time, I lived in a condo for 20 years and I lament the lack of condos because people want to live downtown and live in a dense environment and be able to close the door and walk away and visit family. Condos provide an easy lifestyle.”

She said there is a healthy role for apartments as well but wishes the new offerings were more affordable. But she said she didn’t think the condo/apartment construction mix was “completely off kilter because if there was a huge demand built up someone other than Stanton would be building them.”

Why developers in Minneapolis love apartment complexes (and hate condos)