The letters to U.S. District Judge Donovan Frank have come from all sides: from sex offenders locked up inside the state’s treatment program who are hoping to get out; from the victims and their families who hope those same sex offenders never see freedom.

All of it is in anticipation of what lawyers in Frank’s St. Paul courtroom Wednesday referred to as “Judgment Day.”

In June, Frank ruled that the 20-year-old Minnesota Sex Offender Treatment program is unconstitutional. But to the surprise of some, he didn’t order any specific changes to the program at that time, instead calling state lawmakers into his courtroom in August to try to hash out a solution.

But lawmakers showed little interest in participating, and Frank is running out of options. His next move — which will come sometime in the next 30 days — is to order the state to make specific changes to the troubled program, which the judge says offers the promise of treatment but has instead served as a place to indefinitely keep sex offenders locked away from the public.

“They are due their day in court,” said Dan Gustafson, an attorney representing sex offenders in the program.

Case could drag on for years

It’s been a long road to get to get even this far. The class-action lawsuit that led to the unconstitutional ruling was first filed four years ago; Frank ruled the program unconstitutional four months ago.

But as Wednesday’s proceedings made clear, the case has the potential to drag on much, much longer. As soon as Frank issues his orders to make specific changes to MSOP, the state has already said it will appeal his ruling to the Eighth Circuit Court of Appeals. State officials were already readying their argument before they arrived in Frank’s courtroom Wednesday, filing an affidavit in federal court last week that reasoned that funding and staff shortages — not to mention opposition from the public — meant it would be unrealistic to enforce reforms.

“The program, as it is being run today, is constitutional and we ought to be talking about those reforms in the Legislature,” said Department of Human Services Commissioner Lucinda Jesson, who oversees the program. “It shouldn’t be directed by the court.”

If the Eighth Circuit imposes a stay on Frank’s order — a distinct possibility — any changes he orders would have to halt until there’s a ruling in the appeal case. That could mean another 12 to 24 months before anything happens, according to Gustafson.

How far will reforms go?

In the short term, the big question is how far Frank will go in his reforms. He laid out more than a dozen changes he’d like to see to the program in his June ruling, from immediate reviews of all the offenders in the program to developing less-restrictive alternatives, like halfway houses or group homes, for offenders who are no longer considered a danger to society. He has also appointed former Supreme Court Chief Justice Eric Magnuson as a special master to oversee the program. In states like Washington, where a judge ruled its program unconstitutional in the 1990s, the courts and a special master took over the program for more than a decade. 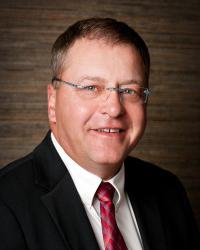 Gustafson suggested in court that the judge could fine lawmakers $1,000 a day per resident (there are now 720 total offenders locked up in the program) until they fix constitutional problems. “Nothing gets the attention of politicians … like money going out the door,” Gustafson said.

Frank reiterated that he’s not interested in releasing sex offenders en masse from the program without putting in place transitional procedures for both the state and offenders. Only five people have ever been released from MSOP’s campuses in Moose Lake and St. Peter in its 20-year history, all under intensive supervision.

But ordering the release of offenders is not an unprecedented move, he added. Two years ago a federal court in California ordered the release of nearly 10,000 prison inmates after the state ignored the court’s repeated calls to solve severe prison overcrowding.