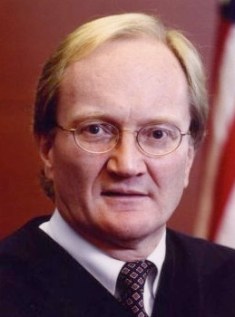 A federal judge has ordered the state of Minnesota to make changes to its controversial sex offender treatment program, measures that include a prompt review of the 720 people locked up at the program’s campuses in St. Peter and Moose Lake.

U.S. District Judge Donovan Frank issued a long-awaited order Thursday afternoon that specifically directs the state’s Department of Human Services, which runs the Minnesota Sex Offender Program, to assess the risk of every offender currently living in the high-security facilities. If any of the offenders are found to no longer pose a danger to the public, the state must discharge them or establish less-restrictive alternatives in a timely manner, according to the order.

In June, Frank ruled the program unconstitutional, citing the low-rate of release and feelings of hopelessness among those housed at MSOP. Most of the offenders in MSOP have already served their prison sentence and were sent to MSOP through a process called civil commitment, which allows for indefinite confinement until an offender is deemed safe for release. But in the 20-year history of the program, only a handful of men have been approved for conditional release, meaning they are still under intense supervision.

“Conducting risk assessments and reevaluating each committed individual’s treatment phase placement will start the process of correcting a systemic constitutional violation that has resulted in the unconstitutional confinement of those held at the MSOP for years,” Frank wrote in the order.

DFL Gov. Mark Dayton and his administration have maintained the way MSOP is run today is constitutional and the state plans to appeal the judge’s ruling to the Eighth Circuit Court of Appeals. Dayton said he hopes the appeals court will put a stay on the case, delaying the judge’s order unil the court rules.

In a press conference Thursday, Dayton said he plans to work with the court-appointed special master to find “reasonable” steps forward, but he also vehemently defended the state’s civil commitment process, calling it necesary to keep the public safe.

“If you read these professional evaluations, they couch their conclusions in terms of percentages, the percent that this person is likely to reoffend in the next five years is X percent, in the next 10 years is X percent,” Dayton added. “There wouldn’t be anybody in this room or in the state who would want to look and see those percentages and say they are willing to trust their wives or their daughters or their children to people who are making evaluations and projections on that kind of a process.”

In the order, Frank asked the state to start the risk assessments with individuals who have been identified by experts as eligible for movement, followed by the elderly offenders in the program and those who have “substantive physical or intellectual disabilities, and juvenile-only offenders.” He wants all offenders in the program evaluated by 2016. Frank also ordered the state to establish annual reviews of sex offenders’ risk going forward. Currently, there’s no provision in law that requires the state to review whether an offender is ready for release.

DHS Commissioner Lucinda Jesson said staff is calculating out how much evaluations will cost and how long they will take, but the department currently doesn’t have enough money to review all offenders in the program. Dayton asked for more money for evaluations last session but the request wasn’t approved the by legislators.

“Minnesota has chosen to have a civil commitment program,” Dan Gustafson, the attorney representing sex offenders in a class-action lawsuit, said in a statement. “Now, [the state] must be held accountable to running that program in a constitutional manner.”