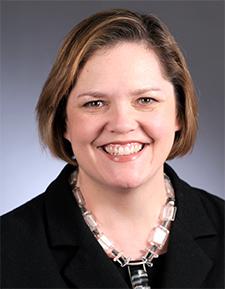 On a chilly April day in 2010, Margaret Anderson Kelliher stepped up to the podium in Duluth to accept the DFL Party’s nomination for governor.

One by one, the then-speaker of the Minnesota House thanked the four men she beat to get there, including Minneapolis Mayor R.T. Rybak and three of her colleagues in the Legislature. It had taken nine hours and six ballots, but it was a historic moment — no woman had ever made it that far in the political process in the race for Minnesota’s chief executive.

“We are going to make sure that, just as we have won elections in the past, we are going to together build a strong, strong campaign across this state as we go on to victory in August and  victory in November,” Kelliher told a cheering crowd of activists. “DFLers, are you ready to make some history?”

But history came to a screeching halt that August, when former U.S. Sen. Mark Dayton narrowly defeated Kelliher in a three-way DFL primary race for governor and went on to win the general election.

Minnesotans have elected more female lieutenant governors than any other state, not to mention women to congressional seats and the U.S. Senate. Minnesota has the fourth highest number of women serving in its Legislature in the nation, and women have served in all of the state’s constitutional offices, save one — the governor’s office.

“Being the chief executive officer in government has become the highest glass ceiling for women to break through,” said Debbie Walsh, director of the Center for American Women and Politics at Rutgers University. “It’s long overdue when you look at the kinds of women [Minnesota has] in leadership and who are really active players in the state.”

An open seat in the governor’s office in 2018 could change that. Dayton is stepping down after two terms, and already more than a half-dozen women from both parties are being discussed as potential top-tier candidates. On the DFL side, that includes popular U.S. Sen. Amy Klobuchar, Lt. Gov. Tina Smith, Attorney General Lori Swanson and state Rep. Erin Murphy. For Republicans, House Majority Leader Joyce Peppin, Rep. Jenifer Loon, and state Sens. Michelle Benson, Karin Housley and Julie Rosen all land on operatives’ lists of potential candidates. 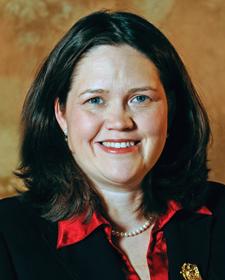 “Just look at the presidential campaign; you see more and more women leaders stepping up. It puts another crack in that ceiling,” said Jennifer DeJournett, president of Voices of Conservative Women, a group that works to recruit and help elect Republican women to office. “That’s what I kind of feel like with this governor’s race in Minnesota. It’s gotten so many cracks in that glass ceiling and we just need the right person to shatter it.”

Kelliher, who did not return a call for comment, was by no means the first women to take a shot at winning the governor’s office. In more recent state history, State Auditor Judi Dutcher and DFL state Sen. Becky Lourey both sought the DFL endorsement for governor in 2002. Lourey famously dropped out of the race and threw her support to Dutcher, saying, “It’s time for a woman.” Senate Majority Leader Roger Moe ultimately won the endorsement but lost the race to Tim Pawlenty. Lourey sought the endorsement again in 2006, but lost it to Attorney General Mike Hatch. 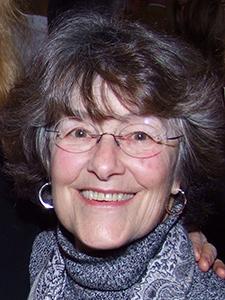 On the Republican side, longtime GOP activist Sue Jeffers challenged Pawlenty in the 2006 primary but lost. In 2010, former State Auditor Pat Anderson planned to seek the GOP nomination for governor but ultimately switched to run for state auditor. State Sen. Julie Rosen strongly considered a run for governor in 2014, but her campaign never materialized.

DFL Party Chairman Ken Martin said it should be no surprise so many women candidates are being discussed for governor in 2018 — Minnesota has built a strong bench of female candidates over the last decade.

In 2006, Klobuchar was the first woman elected to represent Minnesota in the U.S. Senate. That same year, Swanson was elected as the first-ever female attorney general. State Auditor Rebecca Otto was also elected that year. Thirty years ago there were only 29 women serving in the Legislature, but there are currently 67. 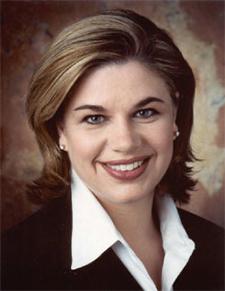 Minnesotans have also elected women to serve as lieutenant governor in nine consecutive elections, more than any other state, but the job has yet to serve as a springboard for the governor’s office (one person opined that it’s “the place where women’s political careers go to die”).

But Smith, elected alongside Dayton in his second term, is the most active lieutenant governor in recent history, often participating in high-level negotiations with (or in place of) Dayton. That has politicos talking about her as a potential governor candidate in 2018, and she hasn’t closed the door to that option.

“That has been happening for some time. It has been deliberate by the DFL to recruit strong women candidates,” Martin said. “It’s not by accident that you are starting to hear women candidates mentioned on the gubernatorial level.”

Across the nation, 37 women have held the title of governor, and six states currently have female chief executives. Yet it’s taken longer than most expected to get women involved in gubernatorial politics in Minnesota, a state with a progressive reputation. Groups like Voices of Conservative Women on the right and Women Winning on the left have tried to engage and recruit women candidates, but there are obstacles. Studies show women are much less likely than men to think they are qualified to run for office. Women also react more negatively than men to many aspects of modern campaigns. 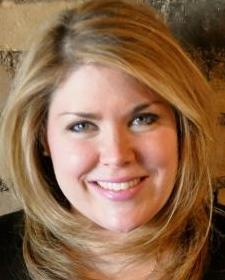 Lauren Beecham, executive director of Women Winning, is also fighting a gap in political ambition between men and women. Many women don’t grow up thinking about being president or governor. “We want to help break down barriers that might keep them from being involved in the political process in the first place,” she said. “We talk to potential candidates about things like, what does it take to be a qualified candidate to run? What does it take to win? We want them to leap into the campaign with faith.”

Women are also less likely than men to receive the suggestion to run for office — from anyone. At the same time, women generally also need to be approached and asked to run for office multiple times before they will jump in.

“Traditionally, women who run for any office feel like they need to be asked a few times before they make that leap,” said DeJournett. “They tend to do a lot of research beforehand, and the timeline for women candidates has always been longer. Whereas a gentleman candidate might wake up and say sure, ‘I’ll run, give me some lawn signs.’ ”

University of St. Thomas professor Debra Petersen, who has spent years studying political communication surrounding women, said many women who have successfully run for office don’t talk about their gender much. That’s a problem, she says.

“Many women don’t say much about the value of being a female in politics. With Hillary [Clinton] in 2008, that was one of the criticism by her supporters,” Petersen said. “This time around she’s doing more of that, what would be the value of having a female president? She’s talking about that this time, and that’s what women who are considering running for office need to hear more of.”

But getting all the way to the oval office or the governor’s office is a step the nation and many states haven’t taken yet. “Some think voters may be more comfortable with women as legislators, because it fits in many ways the stereotypes about women in general,” Walsh said. “They work well with others, and do well in committees as opposed to the place where the buck stops. Those stereotypes are changing, but it’s taken time.”

Nationally, four of the six sitting female governors are Republicans, but the Republican Party of Minnesota has yet to endorse a woman candidate for governor. Republican Party Chairman Keith Downey says they don’t try to categorize or label candidates. “It’s a natural process, and as more and more women come into the system they inevitably win and do a great job,” he said. “We have more women in politics than ever before.” 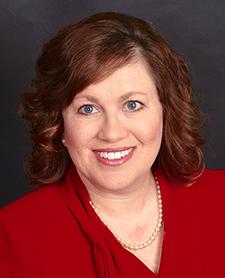 Benson, a two-term Republican state senator from Ham Lake, ran as the lieutenant governor candidate alongside fellow Sen. Dave Thompson last cycle. They didn’t make it through the endorsement process, but Benson said she hasn’t closed the door on running for governor one day.

“It is a big mountain to climb. I’ve watched two very good men try to do that,” Benson said.

But she added that people are “looking for for something new, something different.”

“Women have the the ability to lead, and they are really sharp thinkers who really approach the world in a different way,” she said. “I think it would energize a lot of Republicans to say, ‘You know we are different. We are not engaged in the war on women. We have talented people willing and ready to step up.’”

For Martin, the two-term chair of the DFL Party, the next two election cycles are pivotal moments for the nation (he’s a supporter of Hillary Clinton’s campaign for president) and for Minnesota.

“I think it’s really exciting when you think about the list that everyone talks about, three of the four top names mentioned are women candidates. It’s a sign of how far we’ve progressed as a state,” Martin said. “But it can’t be just that again, where we have this list of candidate and then we don’t elect them. At some point we need to elect a women president and we need a woman governor in this state.”