On Friday morning, three members of an organization called Communities United Against Police Brutality staged a brief demonstration at a meeting of the Minneapolis City Council.

The group’s demonstration, to protest what members said was a lack of police accountability, punctuated a tumultuous week in the city: five days that would include protests, demonstrations, dueling press conferences and confrontations between police and activists — much of it involving the group Black Lives Matter and all of it in response to the shooting of 24-year-old Jamar Clark by Minneapolis Police in the early morning hours of Sunday, Nov. 15. Here, a look at one of the most dramatic week’s in the city’s recent history: 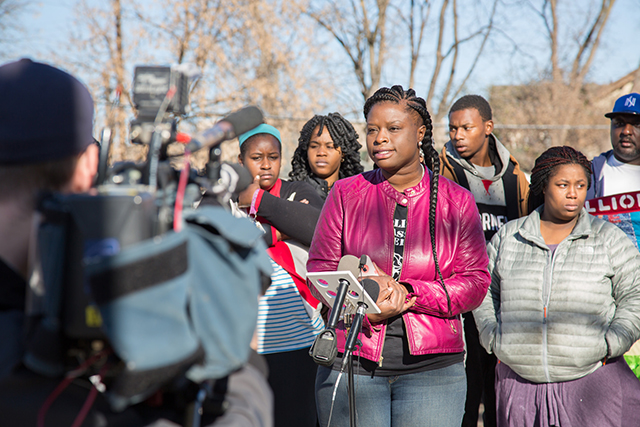 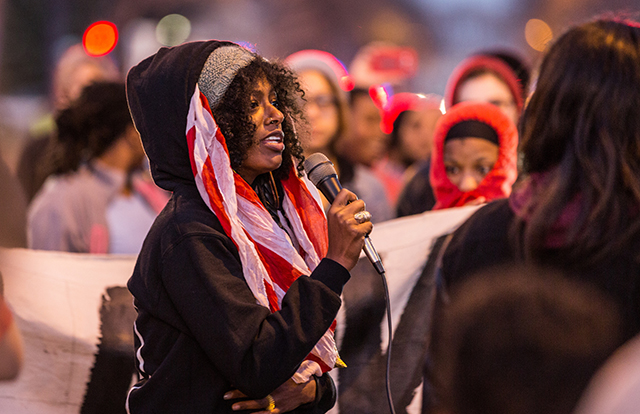 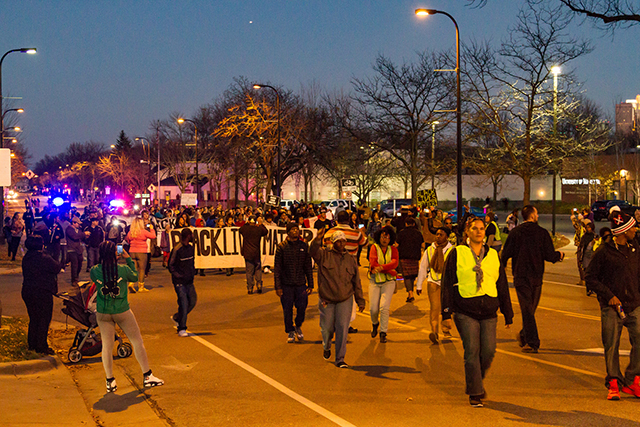 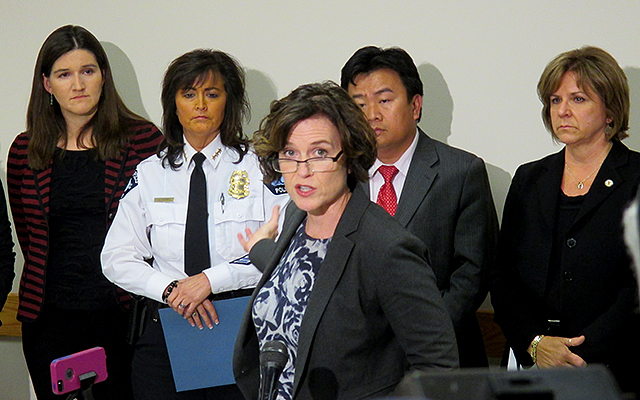 MinnPost photo by Peter Callaghan
Mayor Betsy Hodges, center, asking for a civil rights investigation into the shooting of Jamar Clark during a Monday press conference. 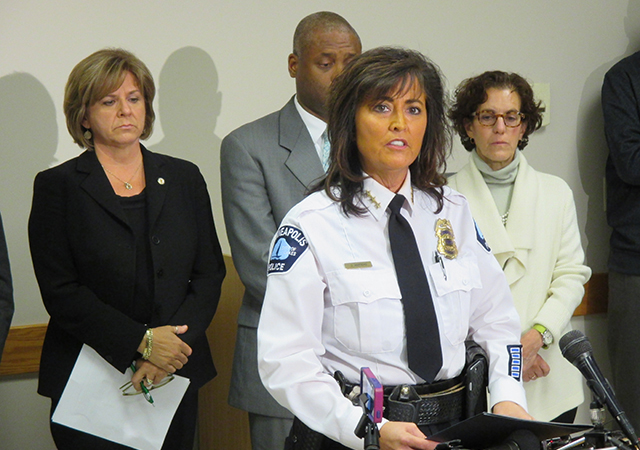 MinnPost photo by Peter Callaghan
Minneapolis Police Chief Janeé Harteau stated at Monday’s press conference that the BCA investigations aren’t a predetermination of guilt of the officers, but “everyone involved needs and deserves the truth and the facts.” 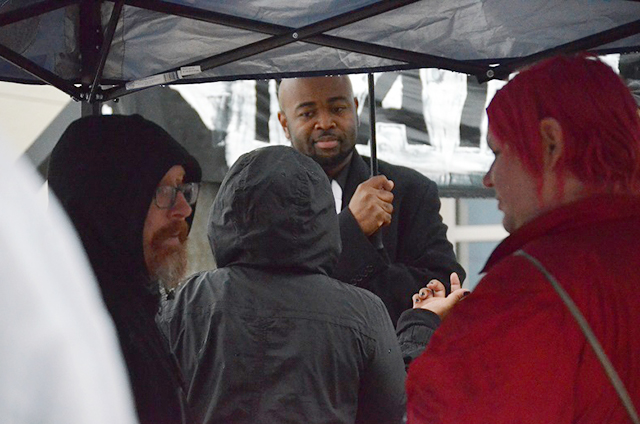 MinnPost photo by Kristoffer Tigue
Around 20 people occupied the Fourth Precinct Tuesday morning, the day after several protesters were arrested for shutting down I-94. 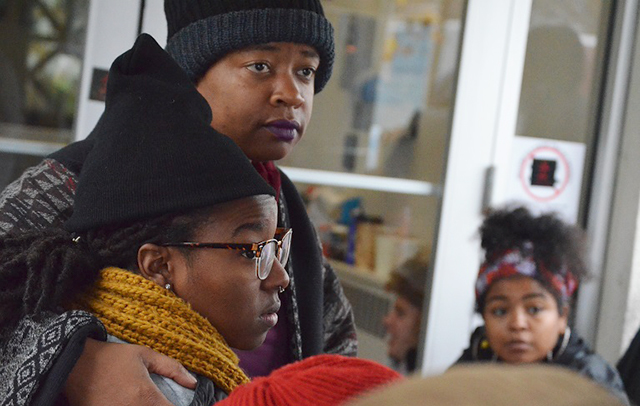 MinnPost photo by Kristoffer Tigue
For a period on Wednesday, several protesters occupied the station’s main entrance, as well as the vestibule inside the building. 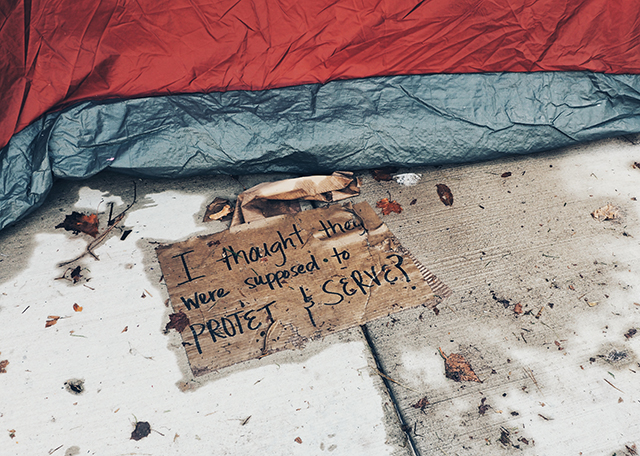 Photo by Brent Moore
A sign on the sidewalk near the protests outside the Fourth Precinct in north Minneapolis. 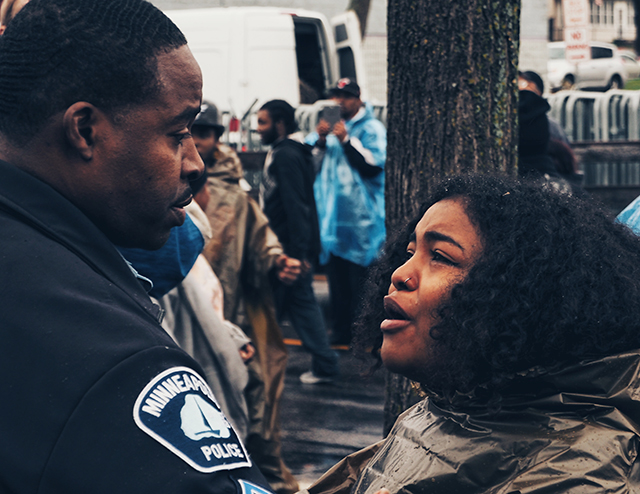 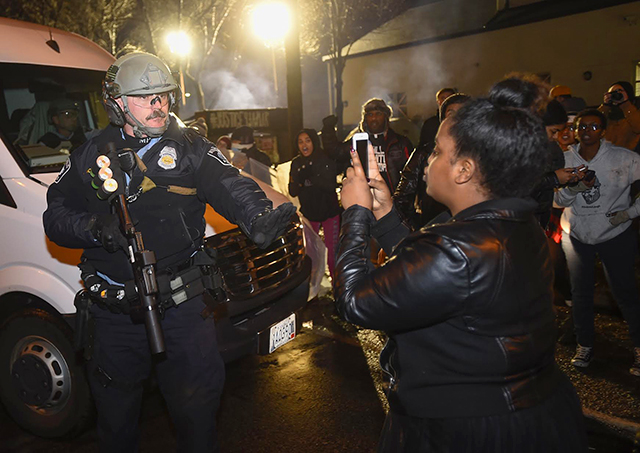 REUTERS/Craig Lassig
A Minneapolis police officer tells a women to back up as she photographs him on Wednesday night. 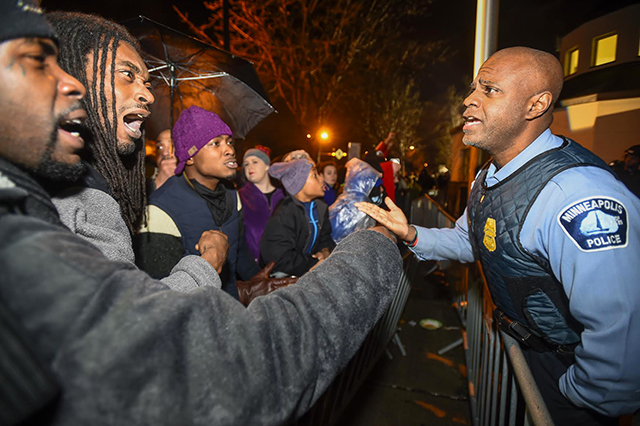 REUTERS/Craig Lassig
A police officer talks with demonstrators in front of the Fourth Precinct on Wednesday night. 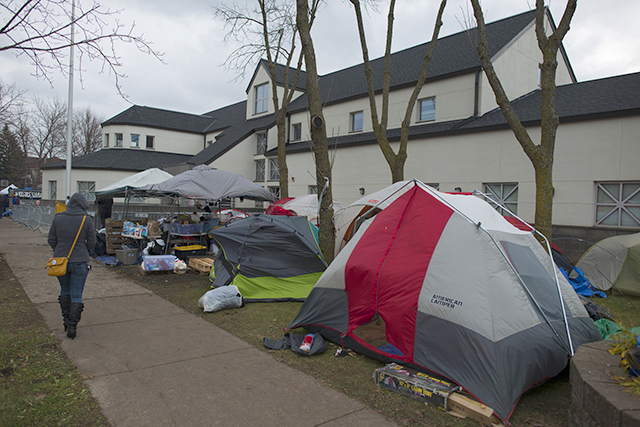 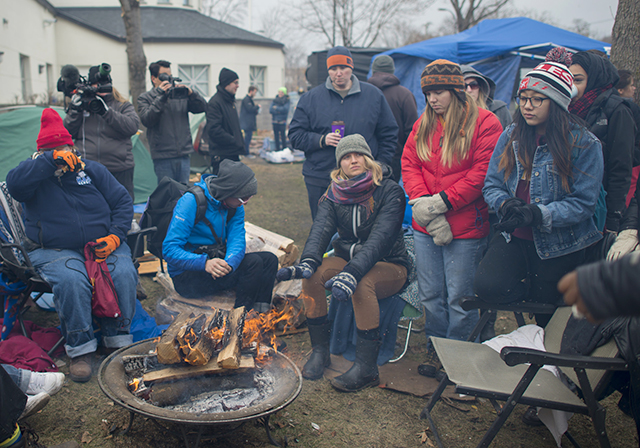 Creative Commons/Fibonacci Blue
Protesters warming themselves around a fire around noon on Thursday in front of the police station. 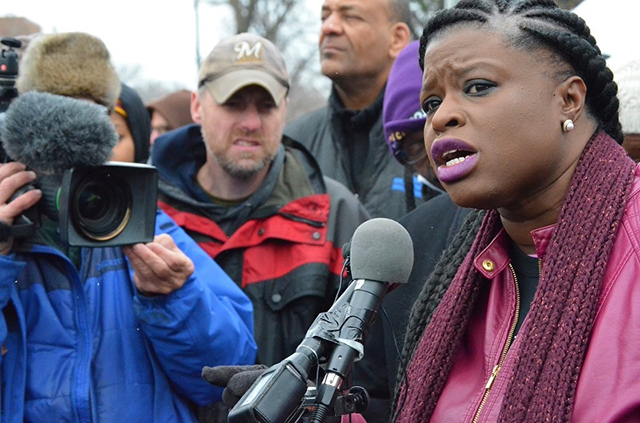 MinnPost photo by Kristoffer Tigue
NAACP President Nekima Levy-Pounds addressing the press and a crowd of about 100 on Thursday afternoon, demanding the county commissioner release the Clark tapes. 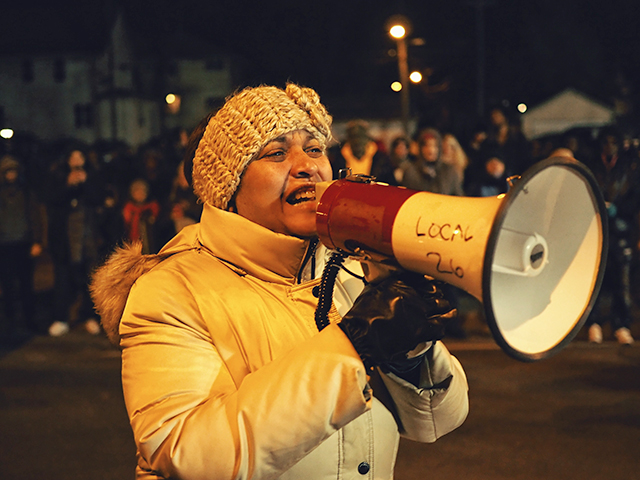 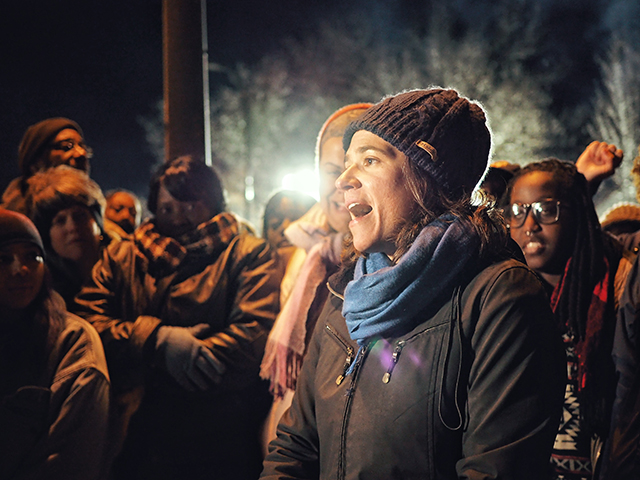 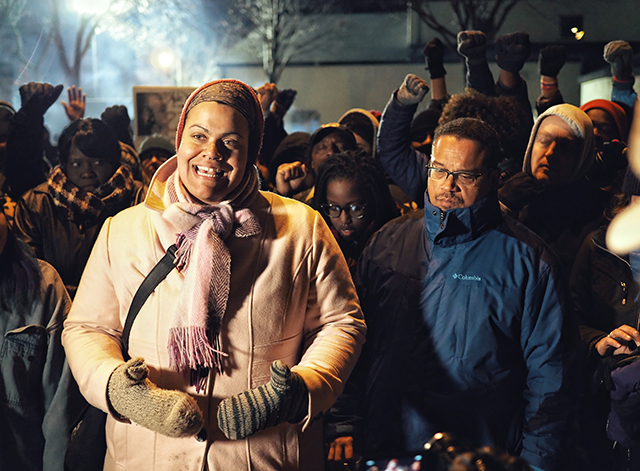 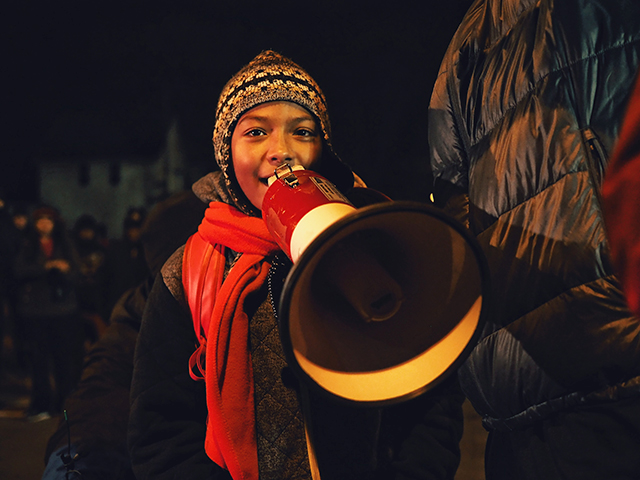 MinnPost photo by Brent Moore
A young protester gets their turn on the bullhorn. 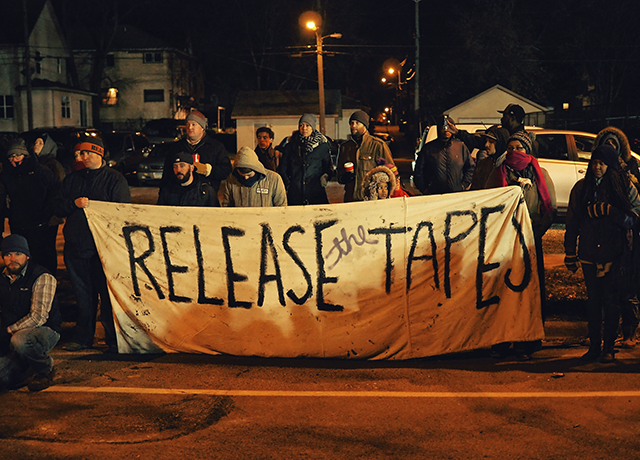 MinnPost photo by Brent Moore
Protesters outside the Fourth Precinct holding up a banner stating “Release the tapes.” 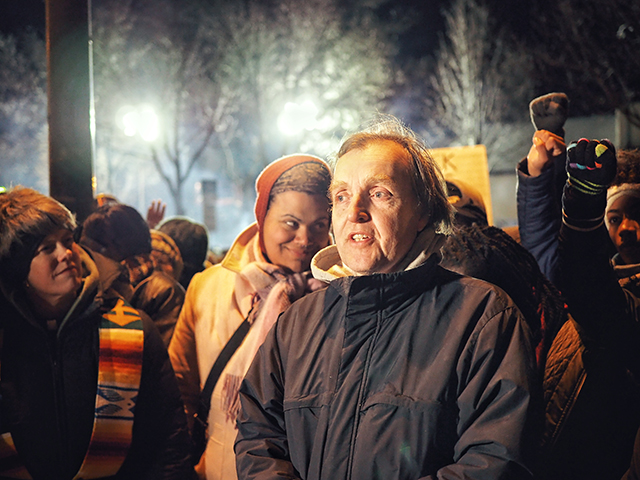 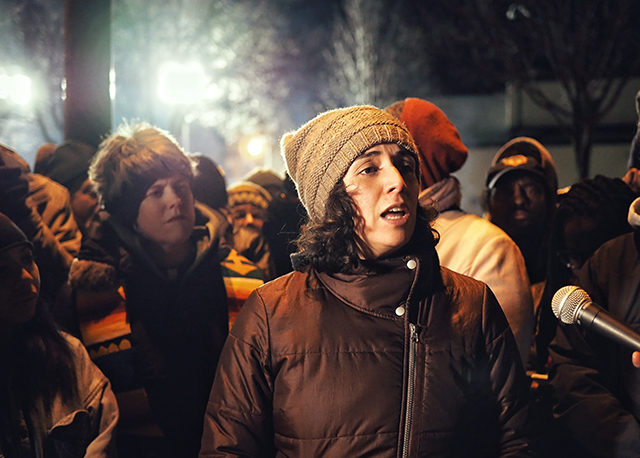 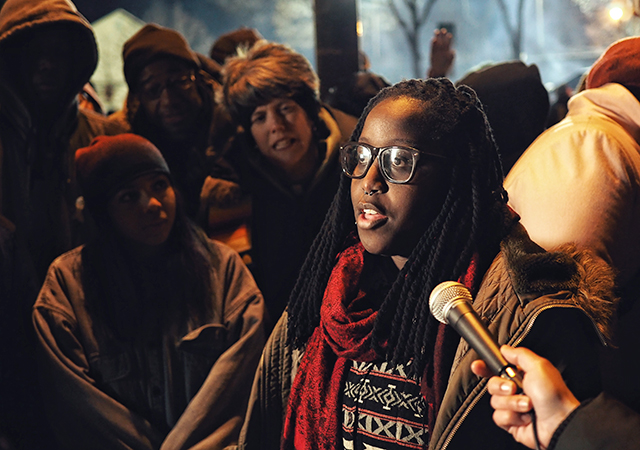 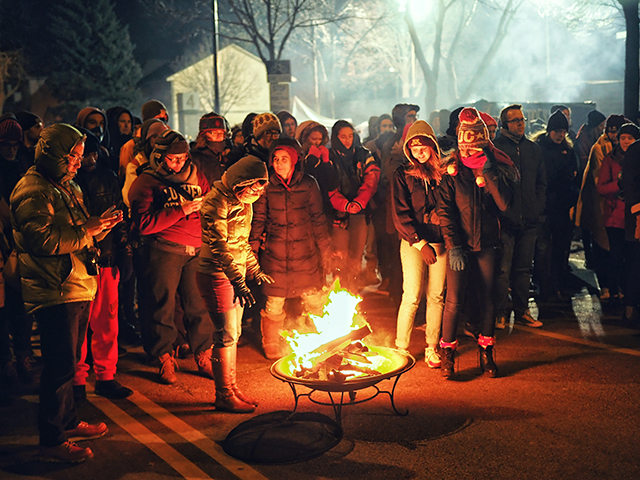 MinnPost photo by Brent Moore
Protesters surrounding a fire outside the police station on Thursday night.

Photo gallery: the shooting of Jamar Clark sparks a turbulent week in Minneapolis

By MinnPost staff and Kristoffer Tigue