It was almost like the legislative session never ended.

On Thursday, in a marathon, two-hour briefing on Minnesota’s November budget forecast, state officials announced the surplus had ballooned to nearly $1.9 billion. In response, lawmakers picked up right where they left off in June, arguing over whether it’s best to spend extra cash on transportation, tax cuts or schools.

They didn’t reach a resolution back then, leaving $865 million on the bottom line to deal with during the 2016 session. But higher-than-projected tax collections and lower-than-expected costs to run government programs increased that total number by about $1 billion. By law, about $665 million will be automatically directed to the state’s budget reserve and other repayments, leaving legislators $1.2 billion on the bottom line next session. Legislators work off of an updated budget forecast number released in February, and the session does not convene until early March.

Gov. Mark Dayton said he still wants to see a large portion of the surplus spent on early education, while Republicans in control of the state House still want to give most of the surplus back in the form of tax cuts. In the upper chamber of the Legislature, Senate Democrats in the majority say they’d still like to see a gas-tax increase to pay for road and bridge projects.

But there are a few places where the governor and top legislative leaders show signs of movement in the same direction. Here are the top ways they want to spend a more than $1 billion budget surplus next year:

Transportation: One of the most striking proclamations made Thursday came from Dayton, who said, “I think a gas-tax increase is dead.” It was surprising coming from the lips of the governor, who was one of the earliest and biggest proponents of increasing taxes on gasoline at the wholesale level to raise billions of dollars for roads, bridges and transit over the next decade. But House Republicans rejected the gas tax last session, instead proposing to spend some of the surplus on transportation and divert taxes from auto parts, car rentals and motor vehicle leases from the general fund to an account dedicated to roads and bridges.

Democrats seem to be warming up to that idea. DFL Senate Taxes Chairman Rod Skoe, while noting he still prefered a gas-tax increase, opened the door using one-time general fund money on transportation next year. Dayton also said there should be “additional revenues” put in transportation, but he added that could be accomplished by mixing bonding dollars and general fund revenue.

Tax cuts: The stars are also aligning for a robust tax cut bill next session. “I sense a general optimism that there is going to be a tax bill this year,” Skoe said. “I concur with that.”

Dayton said he’s open to a middle class tax cut package using money from the surplus, as long as it’s not too large and won’t “jeopardize our future fiscal stability.” He reiterated his call to expand child and dependent care income tax credits to more families. House Republicans were receptive to that idea last year, including it in their $2 billion tax cut package. 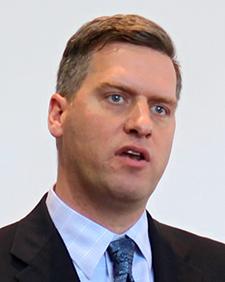 There also appears to be broad agreement that the state’s business property tax levy is too high. DFL senators proposed reducing the levy last session, while House Republicans proposed phasing it out completely over six years, for a total cost of about $555 million. Skoe said he’d prefer to look at one-time tax breaks rather than large, ongoing cuts.

Both business groups and legislators also said they want to pass some economic development tax credits for research and development.

It’s not surprising that there’s more appetite for tax cuts from all sides in an election year, but there’s likely to be clashes on certain areas of tax policy. Republicans also proposed cutting estate taxes last year, which Democrats criticized as tax cuts for the rich. They also want to create a new state version of the personal or dependent income tax exemption, which would be more costly in years down the road.

Education: Dayton is renewing his call for more money in early childhood education programs, a fight that sent legislators into a special session earlier this year. He didn’t put a dollar figure or include many details about his proposal, but he said he won’t settle for a tax bill without education money.

“I’m not going to put a number on education; that just sets a mark on others to attack and oppose it,” Dayton said. “Let’s see what the February forecast says. But those who think I’m going to sign a tax bill that has an inordinate amount of tax cuts and nothing for early childhood and higher education, I’ll just say right now, I won’t sign it.”

But Republicans say 2016 isn’t a traditional budget year, and they already passed a large increase in education funding in 2015. What’s more, Daudt said stakeholders and legislators from both parties rejected Dayton’s proposal for universal preschool education. But he didn’t close the door on spending more money on targeted early education scholarships. “I won the argument at the end of last session,” Daudt said. “I’m going to keep directing the governor back to what will actually solve the problem.”

Broadband: On Thursday, Dayton attached a specific dollar figure to only one item: He wants $100 million spent next year to improve broadband access in rural Minnesota. Lawmakers allocated $10 million for broadband funding earlier this year, short of Dayton’s $30 million ask. His new request aligns with the amount rural Minnesota officials have asked for in the past.

He has the backing of House and Senate Democrats, but Senate and House Republicans won’t commit to supporting the proposal.

How will Minnesota spend its surplus? Here’s where some stars seem to be aligning