In 2011, Mary Wingfield suddenly acquired a large sum of money in a way no one wants to: Her father died.

He left her around $138,000, which she tucked away in a savings account in Capital One Bank. Three years went by, but Wingfield never touched the money. Then the bank sent her a letter asking if her address changed, but she didn’t think anything of it. She had lived in the same place since 1999, so she figured the bank’s information was still accurate.

A few weeks later, though, she got word of a website called MissingMoney.com, where individuals could search their name and see if they had property or money that went dormant and was seized by the state of Minnesota. She punched her name in on a whim and it popped up: The website said the state had more than $100 of her money, and she filled out a form with her personal information and a notarized letter to get it back. When she didn’t hear anything for weeks, Wingfield thought she’d fallen for a scam.

She called the state and was relieved to find out they did receive her request. She also found out they had well over $100 of her money: The state took custody of her $138,000 savings account with Capital One, which they could legally do after three years of inactivity.

Wingfield is now part of a class action lawsuit against the state arguing its unclaimed property program is unconstitutional. The program authorizes the Minnesota Department of Commerce to take hold of things like bank accounts, pay checks from old jobs, safe deposit boxes, insurance claims or even coin collections and other family heirlooms from insurance companies, banks and other financial institutions if they are left dormant for a certain period of time. About 1 in 20 Minnesotans have unclaimed property with the state, according to estimates from the Department of Commerce.

The lawsuit argues that the state has increased its efforts to collect unclaimed property in recent years while lessening efforts to return that property to its rightful owners. At the same time, because assets like Wingfield’s money don’t collect interest in the hands of the state, that equates to an unconstitutional taking of private property and violates due process, according to the lawsuit.

“I’m still cringing at the thought: What if I hadn’t connected the dots?” Wingfield said. “I thought to myself, ‘Wow, here is the state, legalizing theft. They took it from my bank and they don’t take a single step to return money to the proper owner.”

Collecting more, but making it harder to claim

First established in 1969, Minnesota’s unclaimed property program was set up to safeguard abandoned money and property from financial institutions. Not all property is abandoned because of neglect — some people move, leave jobs or are unaware of the property left behind by deceased family members. And instead of banks or other companies keeping the cash, the law made the state the custodian for the property until the individual was ready to reclaim it.

But in the decades since the program was first established, state legislators have shortened the dormancy periods required before properties can be seized, in some cases reducing the period of inactivity from 20 to three years. Previously, state law also required that individuals receive a written notice when their property was seized and that the seizure be publicized in a local newspaper. In 2005, lawmakers removed both of those requirements.

Legal battle similar to other states’

Dan Hedlund, an attorney with the firm Gustafson Gluek PLLC in Minneapolis, first heard about the program through an article in the newspaper. He was astonished by how easy it was to find names he recognized on MissingMoney.com. “People are not hard to find,” he said. “I was thinking, there’s all this unclaimed property out there that the state has and there doesn’t seem to be much done to return it.”

Unlike most cases, where the client finds a lawyer, Hedlund went out and found clients by asking people to search for their name. His first client found his son, Timothy Hall Jr., on the site when he didn’t get final paycheck after he left a retail job. Hall said he never got notice it was available. From there, the number of clients in the lawsuit grew.

“The money is being taken,” Hedlund said. “We don’t think this is their property. There should be more of an effort made to reunite it to the true owner of the money or the items.” 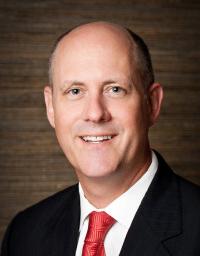 Hedlund filed the suit in April of 2015, and Ramsey County Judge Shawn Bartsh recently denied a motion from the state to dismiss the case. The state is now appealing that ruling, while also trying to take the case directly to the Court of Appeals.

Other states have gone through similar legal battles: The U.S. Supreme Court is currently considering a case claiming the state of California needs to do more to return more than $8 billion in unclaimed property held by the state to its rightful owners.

In defending the program, the state of Minnesota has pointed to a previous U.S. Supreme Court ruling in Indiana in 1982 over the Mineral Lapse Act, which put an end to interests on minerals that had not been used in 20 years. A lower court found that violated due process, but the highest court overturned that ruling. “It’s is the owner’s failure to make any use of the property — and no the action of the state — that causes the lapse of the property right,” the ruling read. “There is no ‘taking’ that requires compensation.”

The state also argues that legislators gave the Commissioner of the Department of Commerce “broad authority” to determine the manner and frequency of notifying the public about unclaimed property. The state has established the MissingMoney website, and also does public events at the Minnesota State Fair, the Mall of America and grocery stores to help people reconnect to their cash or property. According to the department, the state has already returned 18,518 claims in the current fiscal year, which started in July, for a total of $27.4 million. That’s on pace to more than double the number of claims returned last year.

“It would be our expectation that, like in other courts, Minnesota’s [unclaimed property law] would withstand constitutional scrutiny. The state does not take property when it has been effectively abandoned,” Department of Commerce Commissioner Mike Rothman said.

“From our perspective, unclaimed property is really a consumer protection and service and priority for the Department of Commerce,” he added. “We work hard on it.”

Unclaimed property is also a target at the state Legislature, where support is building for a proposal to step up the Department of Commerce’s efforts to reunite people with their money. Rep. Joe Atkins, DFL-Inver Grove Heights, and Sen. James Metzen, DFL-South Saint Paul, introduced a bill last session that would:

In the months since the 2015 session adjourned, Atkins and Metzen have been doing their own work to find constituents who are missing money. They updated the addresses in the department’s files, and called individuals to let them know if they had unclaimed property. So far, Atkins’ estimates they’ve helped people in their district reclaim a total of nearly $550,000. “The response has been stunning,” said Atkins, who is retiring from the House after this year. “One woman said I was like Ed McMahon coming to her door with a big cardboard check.” Atkins believes the bill will have broad support from legislators in the 2016 legislative session. “I guarantee it will pass,” he said.

Rothman said he supports Atkin’s proposal, but he doesn’t think it goes far enough. He’s asking state lawmakers to give the department $1.2 million to boost its efforts to return property to citizens. Currently, the unclaimed property department has a budget of $800,000 and employs 9 full-time staffers. The money would be used for more staff and technology upgrades, Rothman said.

“That means not just tweaking things here and there, but that actually means giving us the financial support we need to continue to upgrade our technology system and to get the staffing we need to make sure we are finding and returning property,” Rothman said. “We are doing that now with the resources that we have, but supplementing that effort would effectively double and quadruple our abilities.”

Whatever happens in the Capitol and the courts, Wingfield said she wanted to increase public awareness so other people don’t have the same experience as she did. “It’s kind of embarrassing, and the only reason I’m exposing myself to that is because nobody should have to go through that,” she said. “There are going to be people who will really need that money that the state is hanging on to.”