The Walker Art Center wanted the City of Minneapolis to go halfsies on the cost of remaking a stretch of road between the museum and the Sculpture Garden, Vineland Place. The purpose was to slow traffic and make it easier to walk and bike on the road once improvements to both the building and the garden are completed this year and next.

Mayor Betsy Hodges was all for it, making the city’s share of the work — $400,000 — a late addition to her 2016 capital projects budget. But in an equally last-minute action, the council, on a 10-3 vote, removed the money from the budget. The Walker will have to pick up the cost on its own.

The council’s rejection of a request from one of the city’s major art institutions was done with only a bit of comment at the Dec. 9 meeting; in fact, nobody mentioned the Walker.

And though it was the only amendment to the capital budget offered that night, even that brief action was lost in the drama that enveloped the meeting. Activists had just succeeded in heading off a proposed budget amendment to spend $605,000 on repairs and renovations to the 4th Precinct police station in north Minneapolis.

Council Member Kevin Reich, who voted to remove the money for the Walker project from the budget, explained that the council’s move wasn’t about “any demerit to the project proposed, but just an insistence that it go through our typical capital review process, particularly that part of the process that vets things with a lens to a need-based allocation and prioritization.”

That’s budget lingo for council members being unhappy that the item did not go through the normal process, including the citizen advisory panel known as the Capital Long-range Improvements Committee. In addition, road projects are put in priority order based on the condition of the surface, with the worst roads going to the top of the list.

Reich said last week that Vineland has a nearly perfect rating and there are nearby roads in bad condition. “In this case, even local leadership of the area had lists of much worse roads,” said Reich, who chairs the council’s transportation and public works committee.

Instead of putting money toward the Walker project, the council voted to shift the $400,000 to the concrete streets rehabilitation program.

Council Member Lisa Goodman, whose ward contains the Walker and the Sculpture Garden and who voted against funding the museum project, said she didn’t have much to say about it.

“I don’t think there is anything to comment on,” she wrote via email. “The mayor added a project to her capital proposal that didn’t go through the CLIC process.” She said the Walker is moving toward funding the entire paving project on its own, probably through a 20-year property tax assessment.

Voting to keep the Walker project money in the budget were council members Cam Gordon, Alondra Cano and Lisa Bender. 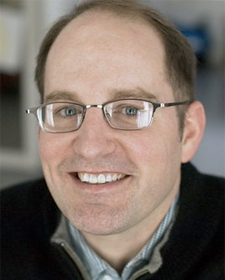 Ben Hecker, the mayor’s deputy chief of staff, said the Walker’s request came to Hodges after the CLIC process had been completed. “We considered this more of an economic development infrastructure investment,” Hecker said. “It would have leveraged investments by the Walker and the state (which has money in the renovation). The Walker is a key driver of the arts economy of Minneapolis.”

“We’d have prefered that it remain, but we’re optimistic there are other ways to get it funded,” Hecker said.

In an e-mail, the Walker’s deputy director and chief operating officer, David Galligan, said the purpose of the repaving is to improve the connection between the museum and the sculpture garden. (A major expansion of the sculpture garden was announced last week, with 16 new works to be added when it reopens in June 2017).

“The goal is to slow traffic to better ensure pedestrian and bicycle safety as well as create a campus-like feel” to the area, wrote Galligan. “While the city decided not to use capital funds for the project, the city, Walker, Minneapolis Park Board, affected neighborhoods and other interested parties are exploring alternative ways to fund the project …”

Galligan wrote that the hope is to complete the project this year at a lower cost “given that contractors are already deployed in the area.

“No conclusion has been reached at this time as to the project’s feasibility,” Galligan wrote.