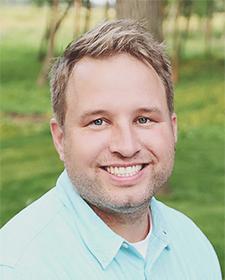 House Republicans will head into the 2016 legislative session with one extra vote on their side.

It was a surprising result in a suburban district that’s been long held by Democrats, and it brings the Republican House up to 73 total members. It’s also a setback for Democrats in their quest to take back the House, which they lost in the 2014 election and where they now hold 61 votes.

The race garnered plenty of last-minute attention — and spending — from both DFL and GOP groups, including a $5,000 cable TV ad buy from the House Republican Campaign Committee, whose spot accused Carlson of raising property taxes, voting in favor of higher energy costs and imposing regulations on garbage collection as a Bloomington City Council member.

“Congratulations to Rep-elect Chad Anderson on his victory tonight in a DFL stronghold,” House Speaker Kurt Daudt said in a statement. “Tonight’s special election results show Republicans will not only be competitive in the metro, but we will win!”

Anderson, who lives in Bloomington with his wife and four children, runs his own real estate company and is a relative newcomer to politics. According to campaign finance reports, he raised more than $10,000 and spent about $4,000 on his campaign. Carlson, on the other hand, raised nearly $40,000 and spent nearly $21,000 on the race.

“Even though the campaign was short, I spent hundreds of hours going door to door, on the phone and in talking with folks, and learned a lot,” Anderson said in a statement. “Their message was clear. Work hard and stand up for the taxpayers.”

Democrats were surprised by the upset in the Bloomington district, where Lenczewski won by 65 percent of the vote in 2014. She was first elected to represent the district in 1998, replacing Independent Republican Rep. Kevin Knight.

DFL House Minority Leader Paul Thissen said low turnout and negative campaigning led to the result. Anderson beat Carlson by 130 votes out of more than 5,000 votes cast. Thissen also expressed confidence that Democrats can win the seat back in seven months, when more voters will turn out for the general election.

“Rep.-Elect Chad Anderson deserves credit for his narrow victory and I look forward to serving with him this session,” said Thissen. “But this should serve as a wake-up call for Democrats that we cannot take any district in any part of the state for granted, even in a presidential election year,” Thissen said. “While I believe we will win this seat back in the fall, it is going to require all of us working together, and that work starts tomorrow.”

DFL Party Chairman Ken Martin said the election was a “powerful reminder that even in the middle of winter with low voter turnout, anything can happen in special elections.”