The 2016 Minnesota legislative session may have gotten off to an early start after all.

Negotiations over a measure to fund capital projects through the state, better known as the bonding bill, have already started, with the governor partially retreating last week on one of his 2015 victories: a law establishing protective buffers between farmland and state waterways. He said Republicans preemptively threatened to block his clean water priorities in 2016’s bonding bill if his administration didn’t stop mapping private ditches.

By then, Dayton and legislative leaders had already been in tense negotiations for months over several other major policy issues, including addressing the state’s racial and economic inequities; assistance for ailing industries; and complying with the federal Real ID act. The most recent development came Tuesday morning, after the governor conceded that three months of negotiations had not led to a breakthrough on a proposed special session aimed at addressing those issues.

The flurry of activity isn’t atypical for lawmakers — when the Legislature is in session. But they’re still five weeks out from officially convening on March 8, and some Capitol watchers say the early work could help lawmakers get off to a quick start in a shorter-than-usual 11-week session. Yet others — including Dayton himself — see the early politicking as a bad omen for the prospect of getting much of anything done this spring.

Another day, another call for a special session

There’s a good reason it often seems like the Legislature never really adjourned; negotiations among lawmakers have been ongoing since they tied up the remaining budget bills in a special session last June.

In July, Dayton proposed another special session of the Legislature to aid ailing resort owners and businesses on Mille Lacs Lake, where a walleye shortage drastically affected the fishing season. But after several working group meetings, legislators didn’t agree it was necessary for legislators to pass aid for one industry in one part of the state.

Then in September, state lawmakers were surprised to learn Minnesota was still not in compliance with the federal Real ID Act. Facing a January deadline that could complicate air travel for millions of Minnesotans, Dayton proposed a special session to fix the issue. When the federal government pushed the deadline back, though, legislators said that issue could also wait until regular session.

At the same time, the mining economic situation was worsening on the Iron Range, with several facilities idling or closing its doors and workers faced indefinite unemployment and expiring benefits. And in North Minneapolis, racial disparities and tensions were boiling over the death of Jamar Clark, a 24-year-old unarmed black male who was shot by police in an encounter.

So in November, Dayton and Democrats in the House and Senate proposed tackling all the outstanding issues in a one-day special session. When the idea fell apart, both sides said the other party was to blame.

DFL Senate Majority Leader Tom Bakk, who hails from the Iron Range, said Republicans were refusing to help his constituents. “Republican inaction on unemployment, racial and economic disparities should be a loud and clear signal to Minnesotans — if you are in dire straits, you cannot rely on Republicans to take your needs seriously.” 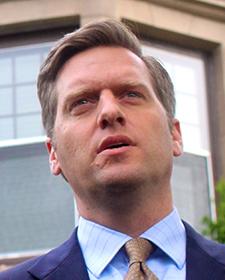 Republicans argued the crowded agenda complicated matters too much. On Tuesday, Republican House Speaker Kurt Daudt released a statement saying he had been near an agreement with Democrats on an extension of unemployment benefits for rangers and a provision that would have lifted a ban on Dayton’s commissioner of the Department of Public Safety to talk to the federal government about Real ID compliance.

But on the racial disparities portion, Dayton and Republicans were deadlocked over a Republican’s push for tax credits for private school tuition.

“Lawmakers are near agreement on REAL ID and an unemployment benefits extension,” Daudt said. “To date, the governor still has not specified how he would to spend $15 million to address racial disparities, which remains the sole holdup to agreement on a special session.”

By Dayton’s account, Republicans threw some new wrinkles into the equation late in the process. Senate Minority Leader David Hann said Monday he wouldn’t sign an agreement on the parameters of a one-day special session, a requirement for Dayton. And late Monday afternoon, Republicans asked the governor to agree to $272 million in unemployment benefit tax cuts for businesses in exchange for their support for a special session.

“Republicans have just been jacking this around shamefully,” Dayton said. “Why does there have to be some 10-to-1 business tax cut to induce them to do the right thing?”

More of the same during session?

Republicans have said they’ll take up unemployment benefits and Real ID in the first week of the regular session, but Dayton’s not optimistic about what the previous six months signal for the upcoming session.

He said Republicans never wanted any special session in the first place and did anything they could do to “slow walk” the idea to death. An in an election year, he expects more of the same when the session actually convenes.

“I sit down, and they talk, and then they do something that’s totally the opposite,” Dayton said.

Dayton’s not on the ballot next fall, but all 201 legislative seats are. As Dayton spoke to reporters Tuesday morning, fundraising numbers for state political funds and candidates were popping up on the state’s Campaign Finance and Disclosure Board, totalling millions of dollars already raised for the campaign season.

Last session, political gridlock led two high-profile legislative priorities to be shelved: Democrats’ plan to raise the state’s gas tax to pay for transportation projects and Republicans’ plan to cut state taxes. This session, there’s a projected $1.2 billion budget surplus, and both sides are renewing their calls to enact those goals, using the same arguments as they did last year.