Kirk Kjellberg, the entrepreneur from Monticello who invented a handgun that folds into the shape of an iPhone — says he wasn’t expecting the fusillade of feedback that has erupted over his design.

Among others, U.S. Sen. Charles Schumer has called for the U.S. Department of Justice to investigate the gun before it comes to market, calling the invention “a disaster waiting to happen.”

The gun — a two-shot, .380 caliber derringer with a polymer case and metal workings — is still in the production stage and won’t be available for purchase until fall. Already, more than 5,000 people have expressed interest in buying one at the list price of $395. The slogan: “Carry with confidence, conceal in style.”

Kjellberg says he wasn’t planning to jump into the gun control debate; he was just looking to solve the problem of making conceal-and-carry, well, more concealed, after a youngster made a fuss about Kjellberg’s gun at a restaurant.

We talked with Kjellberg — soon after he’d finished a Skype interview with a reporter in Russia — about his gun, his background and what he’s hearing about  his “Ideal Conceal” concept.

MinnPost: You’ve gotten tons of publicity about the gun. Did you expect this much attention?

Kirk Kjellberg: No. It just went viral. We expected it to be a niche-type weapon that some people might like for conceal-and-carry.

MP: Some of the feedback has been negative. Did you anticipate having to defend the idea?

KK: I did, in as much as it’s been pretty split between liberals and conservatives, or gun and anti-gun. I knew some people wouldn’t like it. But I wasn’t expecting so much venom. What’s the right word? Aggression. Mostly on social media.

KK: They like the style and look forward to carrying it. They say it’s an innovation that will allow them to exercise their Second Amendment right, without drawing attention. A lot of time, people don’t really want their gun to be visible and this would allow them to carry a pistol and protect themselves.

MP: Will it show up at airport checkpoints?

KK: It has a polymer case, with inner workings of metal that can’t evade metal detection. We’ll give Homeland Security a copy of our x-rays. It has two big barrels and hammers, so they’ll clearly understand that it’s a pistol.

MP: In an arrest situation, will it be harder for law enforcement to identify it as a weapon?

KK: That comes up and it’s an erroneous assumption. I’ve spoken to law enforcement officials who say they always have to be careful about a gun in every situation, because they have one. Those who worry about this aren’t familiar with the conceal-carry law. Remember, this is a two-shot derringer. It’s not an offensive weapon. The last time it was used as an attack weapon, I believe, was the assassination of Abraham Lincoln. People use these guns to defend themselves. In the old West, the bad guys wore six-shooters and the people in saloons, hoping to defend themselves, carried derringers.

MP: Any concerns about kids accidentally using it? 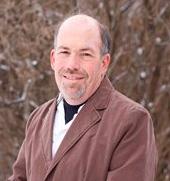 KK: I’m glad people bring that up. I think America’s lost its sense of personal responsibility. My take is, if you can’t keep a gun way from your child, you should not have a gun, or you should not have a child. In every house there are drain cleaners and knives and other dangerous items. We keep kids away from them. Why is this different? And I know that pisses people off, but frankly, we’ve got to be responsible. It’s about people’s ability to do what’s necessary to protect their families and keep things from kids.

MP: Is there a way to customize it for the user only, maybe something like the iPhone thumb scan access process?

KK: I have looked into and had some conversations. I haven’t yet seen one personally that seems super effective. In a situation where someone is coming for you, I’m not sure how it would work out. The goal here is to help the good guys protect themselves and others. Might bad guys find ways to use it, too? Maybe. But it’s the same thing as when you walk into Wal-Mart to buy a knife. You can use it to cut a steak, or use it to hurt someone. This isn’t a very gangster-type gun. You’d never use it in an offensive capacity. Maybe in a duel. But I can’t imagine someone would try to use a derringer to cause trouble.

MP: Have you been involved in the gun debate before?

KK: I grew up in a family with guns. My dad taught me to shoot, and about safety and how to clean a weapon. My position is, I’ve seen seen too many instances where someone with conceal-carry stopped murder or robbery and there’s been little press about it. There are lots of cases out there. I love the police, but they can’t be everywhere all the time.

MP: How do you feel about being drawn into this very political conversation?

KK: I never mind having a debate or a conversation, and talking things through. That’s always helpful. But one thing I can’t get my mind around is: why do some people think it’s beneficial to be hateful? Even in this year’s election, it’s: “You’re on my side or you’re not!” People don’t bother to talk about the issues or what they see in Hillary or Trump or Bernie.

MP: What’s your background? Where did you grow up?

KK: I’m from Monticello. My family has always been entrepreneurial and I’ve done everything from farming to sales to property management to speaking and training.

MP: What’s the timeline for sales?

KK: We’re looking at production in October with a manufacturer out East that wants to remain anonymous for now. They don’t want to deal with answering all these questions. They leave that to me.

MP: Have you had other inventions?

KK: I’ve worked on a couple things that never went anywhere. You’ll find there are millions of things in the patent office that nobody ever bought. With this thing, we were trying to figure out if anyone would want to buy it; see if it had any legs. Turned out, it has wings.