Just a few months ago, there were no firm plans to rebuild neighborhood parks throughout Minneapolis and make up for a decade or more of deferred maintenance.

Now there are three plans.

So at least backers of the city’s nationally recognized park system have that going for them. But which of those plans would work best, which one is even legal, and which one will fly politically has yet to be resolved.

All those questions are expected to be answered later this month, when the Minneapolis City Council will decide which path to take. And soon after, the Minneapolis Park and Recreation Board will have to decide whether that path is good enough for them.

First, a review of the plans:

The first plan was the result of a year-long assessment initiated by the Park board, a look at the needs of Minneapolis’ 157 neighborhood parks — the smaller parks that aren’t considered part of the regional park system (the city’s municipal golf courses also aren’t included).

The board’s plan would have voters pass judgement via a ballot measure to increase the property tax levy enough to raise $15 million a year for parks for 20 years. Whether there is a legal path to placing such a pay-as-you go levy on the ballot has been debated by lawyers for the city and the parks board. There is less debate as to whether it would be successful. Support for parks is part of the civic catechism in Minneapolis — and most politicians expect that the referendum would pass if it was put on the ballot.

The Johnson-Goodman plan, which emerged from months of private negotiations between two Minneapolis City Council members — Barbara Johnson and Lisa Goodman — and the park board president and superintendent. The motivation for the council members was to keep the referendum off the ballot — and avoid a large and long-term property tax hike by tapping other sources of revenue for the parks. 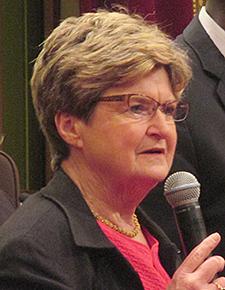 But some on the council were concerned by the lack of clarity in the funding sources for the proposal. Also skeptical is Mayor Betsy Hodges, a former council budget chair, who worries that if the revenue sources aren’t “real,” future councils would have to cut spending elsewhere or raise other taxes to meet the $10.5 million annual commitment contained in the Johnson-Goodman proposal.

Which has since led to:

The Hodges-Quincy plan, rolled out via press release late on March 25 by Mayor Hodges and City Council Ways and Means Chair John Quincy, would increase the property tax levy each year for 10 years. The expected proceeds — $30 million a year — would be split, with $20 million going to street maintenance and $10 million to parks, a move that would assure that the parks backlog does not come at the expense of the city’s infrastructure needs.

And yet, it took just three days for Park Board President Liz Wielinski and Superintendent Jayne Miller to reject the mayor’s proposal as not lucrative enough and not certain enough.

Ten years of funding isn’t 20 years, Wielinski and Miller pointed out. And the Hodges and Quincy offer doesn’t include a side agreement contained in the Johnson and Goodman proposal: a provision that would have the city support a $3 million a year hike in the property tax levy to provide increased operating money for the parks.

But it is the lack of an enforcement mechanism in the mayor’s plan — to assure both sides keep their commitments — that raised the most suspicion for the park board, which points to a history of the city not keeping its promises when it comes to parks funding. In 2000, then-Mayor Sharon Sayles Belton reached a similar deal with the board (also reached to head off a voter referendum) only to have it ended just two years later when R.T. Rybak replaced Sayles Belton. 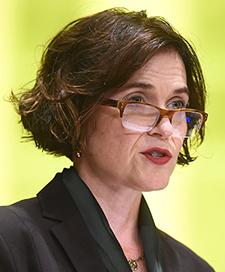 “We hope you can appreciate our concerns that your proposal is a reminder of the 2000 agreement made between the city and the park board to address the neighborhood park capital needs,” Wielinski and Miller wrote.

The Hodges proposal faces another hurdle: the council majority that is expected to support the Johnson-Goodman plan. One reason to support that plan, said several council members, is that it could pay for parks rehabilitation without a property tax levy increase.

Yet other members have doubts about the Johnson-Goodman plan’s proposed revenue sources: tapping into unneeded pension contributions and money dedicated to service library bond debt (which is being taken over by the state), along with using dollars from funds with balances higher than needed to keep bond rating agencies comfortable. Quincy said he will hold hearings next week seeking a better understanding of those potential sources and whether they are real and reliable.

Under a somewhat obscure section of Minneapolis city charter, the mayor has the authority to sign or veto measures passed by the park board. An unwritten tradition holds that park boards usually take vetoes as a threat to their independence, and usually coalesces to override any veto. Last month, Hodges vetoed the initial board resolution calling for a voter referendum. As expected, the board overrode it unanimously. Hodges then vetoed the resolution that was the board’s half of a joint agreement over the Johnson-Goodman plan. That will likely be overridden as well, on Wednesday.

Now, a citizen’s group formed to lead the campaign for a November referendum is trying to lobby skeptical council members, as well as the mayor. It recently sent mailings to Minneapolis residents in five districts represented by council members who have either expressed concerns with the Goodman-Johnson plan or who have not taken a public position.

“Call Mayor Hodges and your City Council Member Lisa Bender. Tell them you support a 2016 parks agreement,” stated the mailing, which was also sent to residents represented by Quincy, Elizabeth Glidden, Cam Gordon and Alondra Cano.

Mark Andrew, a former Hennepin County commissioner and Minneapolis mayoral candidate, is the leader of Save Our Minneapolis Parks. He said he doesn’t think the mayor’s offer meets the right criteria — adequate funding to meet the needs for park maintenance, repair and rehabilitation and a binding assurance that it will continue to be available after this mayor and this council are gone. 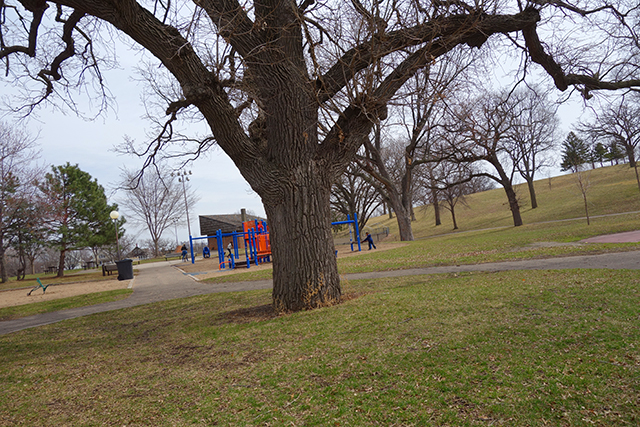 MinnPost photo by Peter Callaghan
An unwritten tradition holds that park boards usually take vetoes as a threat to their independence, and usually coalesces to override any veto.

Instead, the booster group supports the Johnson-Goodman plan, which he termed a “fantastic compromise.” “My personal preference is if we have a satisfactory agreement, we wouldn’t go to a referendum,” Andrew said. “But if we have to, we will.”

Council Member Cam Gordon said he received one of the mailings and has received some calls from residents of his ward. He said he is supportive of parks but wants more information on how Johnson and Goodman would find the money each year to fund the plan. Bender and Glidden said they are taking the opportunity to explain their positions to residents who call: that they are not anti-parks but want to make sure the city can afford the plan and want the opportunity to propose alternatives that make it more sustainable over time.

Quincy said he expected there would be plan that works for everyone, and thought it was more-likely to come at the end of April than by mid-month.

The April deadline being pushed by the park board is to allow it to go back to a referendum in time to qualify it for the November ballot if a compromise with council can’t be reached.