One Saturday last June, a group of three-dozen or so lawmakers gathered at 3 a.m. in an office building down the street from the Minnesota Capitol.

A special session of the Legislature had just adjourned, but more than a dozen members of the Senate Democratic majority caucus were unhappy, and they wanted to get their feelings out in the open. Their ire wasn’t directed at the Republicans in control of the House, however, it was directed at one of their own: DFL Senate Majority Leader Tom Bakk.

The fault line was mostly regional, with several metro-area senators upset over deals Bakk had cut with House Republican Speaker Kurt Daudt — without their knowledge — in the final hours of the regular session to pass a state budget. Among other things, those deals nixed a long-standing citizen oversight board of the Minnesota Pollution Control Agency and a handful of other environmental provisions that were important to metro senators and their constituents.

The problems went beyond the budget deals, though. Bakk had also soured relations with Democratic allies in the House and with Gov. Mark Dayton’s office, after the Senate DFL voted earlier in the session to suspend pay raises for two dozen of Dayton’s commissioners. After the vote, Dayton held a press conference to lambast Bakk, with the governor memorably saying that the lawmaker had “stabbed me in the back.” He had also met with a handful of senators after the vote to express his anger over Bakk’s move.

Tensions within political parties are common, but things inside the Senate DFL had gotten so bad they had spilled out into the public. At the 3 a.m. meeting, senators considered taking Bakk up on his offer to stand for a no-confidence vote as Senate Majority Leader. That didn’t happen. Instead, the DFLers decided to put him on review for the 2016 session.

Since that night 10 months ago, Bakk and Senate DFL leaders have been working hard to repair relationships within the 39-member majority caucus in the midst of a critical session and election year. Now, four weeks into the 2016 session, legislators say there’s been notable improvements, but that the mending is still a work in progress.

“I was horribly upset with the last 48 hours of session. It was a mockery of the whole system,” said Sen. Chris Eaton, DFL-Brooklyn Center. “I think our message was heard by leadership, and they have been going out of their way so that we know they are trying to be very transparent. I don’t feel shut out, but the proof will be in the pudding when we get to the last 48 hours of this session.”

Once session got underway, one of the first steps DFL Senate leaders made to quell uneasiness was the creation of a new committee to review environmental budget proposals. That means any major changes in that part of the state’s budget now have to go through an extra step of approval. To chair the committee, Bakk appointed one of his major detractors, Sen. John Marty, DFL-Roseville. 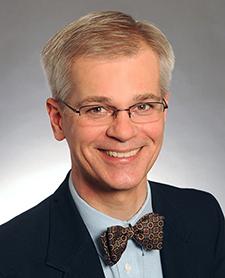 “We did some restructuring of committees so it more accurately matches what the House is doing, and I think we had some good discussions about how we shouldn’t be letting this horse trading going on,” Marty said.

The move didn’t go unnoticed by Republicans, who railed against it on the first day of session, saying the new committee tipped control on environmental and budget issues over to metro-area senators and left out rural Minnesota. Republicans have signaled it will be a theme on the campaign trail this fall, but Bakk stood on the Senate floor to defend the change.

“I thought that was quite significant,” said Eaton.

Another early test arrived with the debate over extending unemployment benefits to out-of-work miners on the Iron Range. Republicans wanted to couple the benefit extension to a one-time, $258 million business tax credit for companies that pay into the state’s unemployment insurance fund, but it was important for some senators to keep the two issues separate. Not everyone in the caucus agreed, but in the end, senators passed the two issues separately, forcing Republicans to do the same.

“We didn’t want to set a precedent where things like that are lumped together,” said Sen. Jim Carlson, DFL-Eagan. “[Bakk] held his ground on that, and he really gained a lot of respect from a lot of the senators who were concerned if he was dealing upfront with us or not.”

Republicans in the House also wanted to insert language into the bill that proclaimed legislative support for the mining industry, but that language made some DFL senators uneasy, especially with controversial projects like the PolyMet Corp. and Twin Metals copper-nickel mines still seeking permits from the state. Bakk, who hails from Cook on the Iron Range and strongly supports mining, pushed back on including the pro-industry language.

“That was a test and I think he did pretty well with that,” said Sen. Barb Goodwin, DFL-Columbia Heights, who was among the group of disaffected senators last year. “It was an important step.”

‘We are in counseling’

Not everyone was unhappy with the way leadership dealt with budget negotiations last year. Sen. Terri Bonoff, DFL-Minnetonka, said Bakk had to make certain deals to pass a budget under divided government, and she hasn’t noticed major changes in the way leadership is dealing with members this year.

“[That night] we had that cathartic experience as a caucus,” Bonoff said. “It’s like anytime you get in a fight with your friends or your family, you have to talk it out and say your piece.” 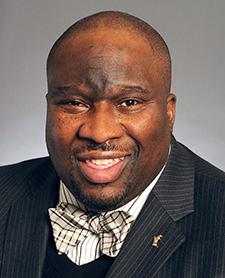 Assistant Senate Majority Leader Jeff Hayden, DFL-Minneapolis, said relationships have improved across the board after having conversations with members as well as Dayton and Lt. Gov. Tina Smith. “The relationship with the governor and lieutenant governor is now more candid and we’ve had good conversations,” Hayden said. “I think just having some candor can facilitate productive conversations in a way that doesn’t turn personal.”

Those relationships are critical as legislators on both sides try to get the most out of a $900 million budget surplus and bonding bill ahead of a major election, when all 201 lawmakers are on the ballot.

Yet the rough 2015 session and the long hours has caused a lot of senators to call it quits. So far, eight DFL senators have announced their retirement, including five women. “I’m sure how miserable things were last year didn’t help,” Eaton said. “They’ve all been doing this for quite awhile.”

“You had some members that have said, ‘I have had enough of this,’” Hayden said. “This is really hard work for low pay and it takes a lot of time. The citizen Legislature doesn’t work well with people’s lives. They are under a tremendous amount of stress to make it work.”

Hayden said legislators were frustrated after going from an all DFL-controlled government to a divided Legislature, creating a “perfect storm.” “People were so euphoric on what we were able to do as a DFL controlled government and then we have to work with a House that doesn’t feel the same way as we do on issues.”

Many DFL senators will remain wary of their own leadership until the 2016 legislature adjourns, since the final hours of session is when the major deals get done. “It’s like a significant other being unfaithful, and we are in counseling to see if this is going to work,” said Carlson. “We haven’t committed yet.”