Sitting in front of a dozen of his fellow state senators Tuesday night, Scott Dibble admitted the whole situation was a little odd.

The Democratic senator from Minneapolis held up a spreadsheet filled with transportation projects that he said desperately need funding: crumbling roads and deficient bridges across the state, new transit lines and backed up interchanges in the metro area. But in his testimony before the Senate Capital Investment Committee, which puts together a large, one-time package of construction projects every-other year, Dibble told his fellow senators that he doesn’t necessarily want their help.

He’d prefer it if Republicans and Democrats can figure out a way to pay for roads, bridges and transit over the next decade by finding new revenue, not through bonding dollars. Either way, something needed to be done.

“This is kind of an awkward situation,” said Dibble, chair of the Senate Transportation and Public Safety Budget Division. “I want to keep the focus there. Even if we devote the entire bonding bill to transportation it won’t be enough because it’s just one shot.”

But in a contentious political year like 2016, some legislators see the fate of big issues like transportation, bonding and even taxes as intertwined. The Democrats who control the Senate want to raise gas and sales taxes to pay for transportation projects, but Republicans who control the House are pushing back, calling for major funding for roads and bridges in the bonding bill. The linking of all these issues has particularly complicated the fate of the bonding bill — an already complex piece of legislation that requires a higher bar for passage and the evaluation of billions of dollars worth of projects throughout the state.

The situation has some legislators wondering whether there will be a bonding bill this year at all.

More than halfway through an unusually short, 10-week session, the process to create the bonding bill has hardly even started. In January, Gov. Mark Dayton released his $1.4 billion bonding proposal, which was filled with clean water, public safety and state agency projects meant to kick start the process. On Monday, Senate Democrats plan to release their own bill, a proposal that’s expected to be even bigger than the governor’s bill.

DFL Sen. LeRoy Stumpf, chair of the chamber’s Capital Investment Committee, said the group started out with about 600 projects worth more than $5 billion total. In narrowing down that list to write the Senate bonding bill, Stumpf said he focused on preserving infrastructure across the state, water projects and things that would create the most construction jobs. It’s a bill that looks similar to Dayton’s proposal, but Stumpf said he also added more local projects in order to court votes from senators on both sides of the aisle. 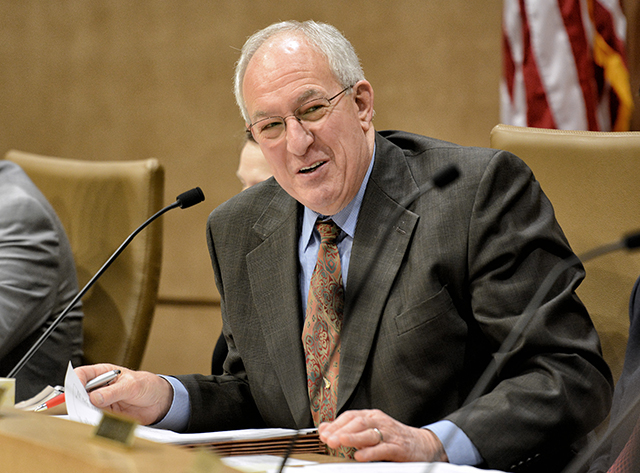 Senate Media Services/David Oake
State Sen. LeRoy Stumpf, chair of the chamber’s Capital Investment Committee: “I don’t look at this as, this is the cherry on top of the dessert at all. This is really basic stuff.”

Unlike other bills, bonding proposals require a 60 percent majority to pass, meaning 81 total votes in the House and 41 in the Senate. Stumpf and Senate Majority Leader Tom Bakk want the bonding bill to be considered completely separate from any other issues, like transportation and taxes.

“I’m hoping that the leadership and some of us that are chairs can convince our colleagues in the House and Senate that we have a responsibility in the state of Minnesota to take care of property, the things that the public owns, to make our economy keep moving along,” Stumpf said. “I don’t look at this as, this is the cherry on top of the dessert at all. This is really basic stuff.”

But that’s not how House Republicans see things. Many of them consider borrowing for infrastructure just more government spending, akin to credit card debt. This week, Speaker Kurt Daudt compared the bonding bill to dessert, saying legislators need to “eat our vegetables” — deal with the budget — first. Overall, House Republicans are calling for a much smaller, $600 million bonding bill, and they haven’t yet finalized which projects would be funded in the measure. 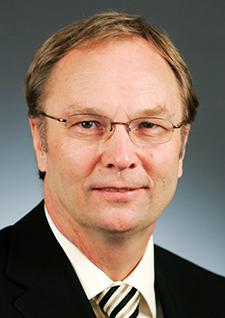 Torkelson said they are waiting to see how debates on transportation turn out first. Much of the House Republicans’ bonding bill is likely to be taken up by transportation projects, a big priority for the caucus this session, especially if the transportation budget debate goes nowhere, he said.

“I fully expect we will do some transportation work in the bonding bill, we always have, local roads and bridges for instance,” he said. “But to what degree depends on what happens in other bills.”

No bonding bill in a bonding year?

Technically, there would be no legislative session this year without the advent of bonding bills.

Back in 1972, the state’s constitution was changed to add an additional legislative session in even-numbered years to craft large packages of construction projects to keep up with the state’s infrastructure. Before that, legislators only met in odd-numbered years to pass a budget deal. Many lawmakers felt the bonding bill was a good way to bring tangible projects directly back to their districts, and it didn’t hurt that larger bonding bills were also passed in election years.

But as time passed, budgeting years and bonding years started to blend together. It wasn’t long before legislators were passing bonding bills nearly every year, usually a small one in odd-numbered years and a larger bill the next year. The bonding bills also started to get tied into budget debates.

That’s what happened in 2004, when a divided legislature was split on just about every issue, including a $670 million House Republican bonding bill and $949 million Senate Democratic bonding bill. In the end, the bonding bill and most other major deals fell apart in the final week of session.

Minnesotans weren’t exactly happy about that outcome, said Sen. Roger Reinert, DFL-Duluth. “I was on the Duluth City Council at the time and legislators heard about it,” said Reinert. “And Gov. Tim Pawlenty heard about it.”

The next year, in 2005, legislators and Pawlenty agreed on a $944 million bonding bill, one of the largest bills passed in the last 15 years. Reinert, who is part of the so-called Purple Caucus, a group of Republican and Democratic senators who unite to push a bipartisan agenda, would like to see some kind of bonding proposal passed this session.

“The only reason we added a short session in 1972 was to do bonding,” he said. “To come to the Capitol in a bonding year and not do a bonding bill, well then are we even doing our jobs?”

Even when not tied to other major issues, bonding bills are often a precarious endeavor.

They require not only bipartisan support, but a delicate consideration of regional needs, a balance between Greater Minnesota and the metro area. They also usually take a lot of trial and error, with first versions of a bonding bill sometimes failing on the floor before they are reworked for passage.

In the House, for example, Republicans technically need eight DFL votes plus their 73-member majority to get to the 81 votes to pass a bonding bill. But there are some Republicans who are unlikely to vote for any bonding bill, on principle. In a special session last June, where legislators passed a smaller $373 million bonding proposal, Republican needed 24 DFL votes to pass the bill. This year, House DFL Minority Leader Paul Thissen has said the House Republicans’ $600 million proposal won’t get any votes from his caucus because it’s not big enough. 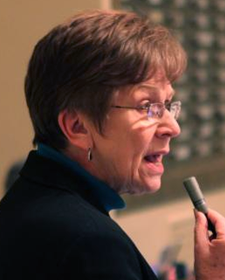 Rep. Alice Hausman, a Democrat from St. Paul who previously chaired the bonding committee, knows better than most how hard it is to put together a bonding bill. Behind the scenes, she is creating her own proposal — one she admits will probably never see the light of day, but in theory could break up gridlock in St. Paul.

Her proposal would include an $850 million bonding bill for mostly state and local public infrastructure projects, and spend much of the  $900 million budget surplus on roads, bridges and other transportation projects.

“I don’t think Democrats and Republicans would vote for it at this point,” she admitted. “But I’ll tell you, the public loves it. Everyone I talk to thinks it’s a great idea.”