The first meeting between Minneapolis apartment owners and two council members who’ve floated the idea of changing housing discrimination laws in Minneapolis started with a struggle to define terms.

Area landlords wanted to know if the proposed ordinance, which is being considered by Council Vice President Elizabeth Glidden and Council Member Abdi Warsame, is going to mandate that building owners within the city accept housing vouchers under Section 8, the federal program that helps low-income residents find market-rate apartments via a government subsidy?

“That would not be my language at all,” Glidden said. “What we are saying is you could not use a discriminatory reason for saying no.”

That is: a landlord or manager couldn’t run ads that say “No Section 8,” under the law, she said. While a property owner could still conduct background screenings, such screenings would have to apply evenly to all applicants.

Still unsure, one of the landlords asked Glidden again: “Do I have to participate in a Section 8 program?”

“I think you’d have to consider participating,” she said. “If someone comes to you and says I have a housing choice voucher, you need to look at that applicant as you would every other applicant. If they meet your screening criteria … then yes, you would need to go through that process.”

That was the answer that the 40 or so multi-family building owners and managers expected when they showed up at a city hall meeting Thursday. It was not, however, the answer they wanted to hear.

Most of those who spoke, many of whom are members of the Minnesota Multi-Housing Association, described themselves as opposed to any mandate that would require them to accept the vouchers. “It’s not about the people. It’s not about the rent. It’s about this,” said Mark Jossart as he held up the housing contract that the federal government requires owners who take vouchers to sign. “The program is broken and it has to be fixed.”

Bernadette Hornig, who is part of a family-owned property firm that has some Section 8 voucher tenants, said there are problems with the program that are fixable. “Let’s not start with a sword when we can use scissors,” Hornig said. “Let’s have more dialogue and less of what I feel is a smack down by the city.”

That language echoed the response last year to the city council’s fair scheduling proposal that was scuttled due to the objection of business owners — especially small business owners. Then businesses objected to what they saw as suggestions that they didn’t support working families. Thursday, Hornig said the plan to make the Section 8 ordinance an amendment to the city’s existing civil rights ordinance suggested that she is violating someone’s civil rights by not always accepting vouchers. “That bothers me deep in my core,” she said. 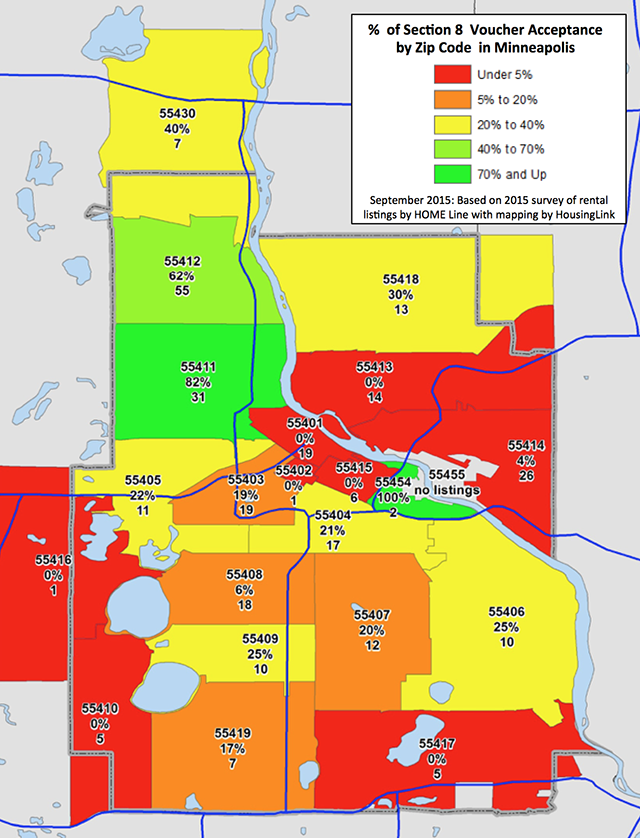 Even some who take part in the Section 8 program said they find the program to be frustrating and costly. Joe Abraham described an inspection program that often requires apartments to stand empty between initial inspections and follow-ups by the federal Department of Housing and Urban Development (HUD), which administers the program, even for minor flaws that can be repaired immediately.

“This is not a partnership,” Abraham said of HUD. “We volunteered, so I’m not looking for sympathy, but if someone doesn’t want to participate in the program, I understand.”

Dan Largen, who works with nonprofit housing agencies that help place the homeless, veterans, people with mental illnesses, and other hard-to-house people, said he doesn’t have any of the problems with those organizations that he does with HUD. “Each of us who don’t participate would accept housing choice vouchers in a heartbeat if the process worked as smoothly as it does in all the other housing programs we deal with that are administered locally,” he said.

Glidden expected the criticisms of the way the federal department of Housing and Urban Development runs the program, especially in the way it requires inspections of apartments before they can be rented to a voucher-holder. She and Warsame have been working on the issue for two years, after hearing concerns from voucher holders and fair-housing advocates about the difficulty of finding apartments that will take vouchers.

Other council members have complained that the voucher program, which is supposed to help low-income tenants rent anywhere in the city, forces eligible tenants into areas that already house most of the city’s poor. One reason for that: The buildings that do take part in the program tend to be located in racially concentrated areas of poverty — the wards in north Minneapolis, Near-North, and in the central city areas represented by Warsame.

In a letter to the Minneapolis Public Housing Authority in 2014, Council Members Blong Yang and Barbara Johnson asked that the authority stop the use of vouchers in their wards, which together contain one-third of the city’s Section 8 housing, until voucher use was balanced in all 13 wards.

“If equity is our objective, all wards should provide housing opportunities to our Section 8 resident,” the two wrote. No such policy was adopted.

While a shortage of participating building owners in some wards is a contributing factor, so are rent prices. The program sets a maximum rent that voucher holders can pay, and rents in some parts of the city tend to exceed that range.

Warsame said that 76 percent of the 5,200 voucher beneficiaries in Minneapolis are black; and 58 percent of the units rented are to families with children, 82 percent of which are led by women. The average income of the people who get the vouchers is $13,000 a year.

That language was thought to cover tenants seeking to rent homes with the use of vouchers. But a 2010 state court of appeals ruling said, ‘No.’ In Jimmie Edwards v Hopkins Plaza, the court ruled that that language did not require a landlord to take part in the Section 8 program, since neither Congress nor the state Legislature specifically included use of vouchers under the law. 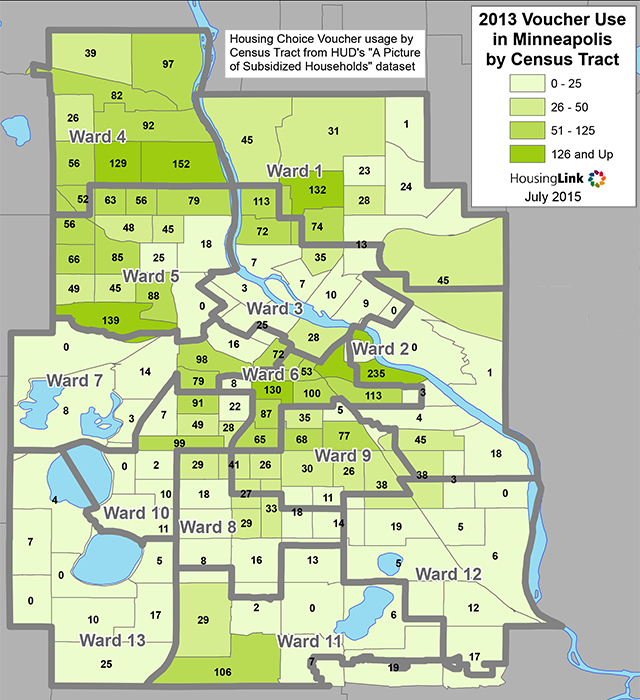 “Increasing affordable housing availability is a valid goal that would be advanced if all property owners were willing to participate in Section 8 programs,” wrote Judge Thomas J. Kalitowski. “But we are limited by the language in the statutes that the Legislature has enacted. Thus, the issue of ensuring affordable housing availability is an issue for the Minnesota Legislature or the United States Congress.”

Minnesota’s lawmakers haven’t changed the law, but those in other states and other cities have passed laws that prohibit using  a person’s “source of income” as a reason to not rent a house or apartment. Washington, D.C. and five states — California, Connecticut, New York, Oregon and Wisconsin — do not allow landlords to cite vouchers as the primary reason to reject a tenant. There are also 22 cities, including Seattle Buffalo, St. Louis and Chicago, with similar laws.

Council to consider this summer

The draft ordinance prepared for Glidden and Warsame would amend the city’s civil rights ordinance. It would specifically add Section 8 and other tenant-based federal, state and local rental assistance under the definition of “public assistance program.”

The ordinance, if passed, would take effect Jan. 1, and includes two exemptions: duplex owners who live in one of the units; and landlords whose participation in the Section 8 program “would impose an undue hardship” on them. The city Civil Rights Department would draft rules and make undue-hardship determinations.

Glidden has said she is looking at creating a damage fund to help reimburse building owners for damage caused by tenants using Section 8 vouchers. No language describing that program has been released yet, but a similar program in Oregon covers damages up to $5,000, though it requires a building owner to get a judgement in small claims court.

Glidden also said she is receptive to concerns about the inspection program and wants to look at ways to better coordinate the federal government and city processes. The city housing authority has recently accepted an offer from McKnight Foundation to conduct a “best-practices” audit of the voucher program to identify problems and suggest changes.

Eric Hauge, a tenant organizer for HOME Line who attended Thursday’s meeting, said via email that the bulk of owners’ concerns were with how the program operates. “While I think there there is some validity to some [concerns] (like inspections, which is clearly one issue that the city demonstrated they are working to influence), there are a variety of issues that a simply misconceptions and myths about the program,” he wrote.

And with the vast majority of beneficiaries of the program racial minorities, female heads of households or disabled, “it’s remarkable that some today were saying this is not a civil rights issue,” Hauge wrote.

Glidden said she would continue to meet with both building owners and renters and expected the council to consider ordinance changes over the summer.